Destiny 2 has a small collection of swords, and there are some definite highlights among the pack. We pick the best swords for the job at hand.

Swords return as a Power weapon in Destiny 2, and they’re a lot of fun to use. But which sword is best?

Swords can be deadly effective in PvP, as the more powerful options will one or two hit kill most players – you really need to stack resilience, and carry a shotgun or a sword yourself, to counter them, and that’s a heavy investment. If you know your map well enough to work out how to approach an enemy without exposing yourself to gun fire, you can zip around slicing fools till your ammo runs out.

In PvE, swords are fantastic for quickly clearing mobs, for dealing heavy damage to majors via the uppercut (R2/RT) attack, and for shielding yourself in times of trouble. There are situations where their short range makes them ineffective, but generally they’re a good time if the rest of your arsenal can compensate.

On this page, part of our Destiny 2 guide, we’ll run down the best swords for PvE and PvP. Combine this with our advice on the best armour attributes in Destiny 2 and our lists of armour sets and where to find them, and you have everything you need to craft a perfect Destiny 2 build.

There aren’t that many swords in Destiny 2 and not much to choose between them – but there’s definitely at least one strong contender for best sword among the pack, and we can give you a few other options, also.

Alright, let’s do it: these are the best swords in Destiny 2. 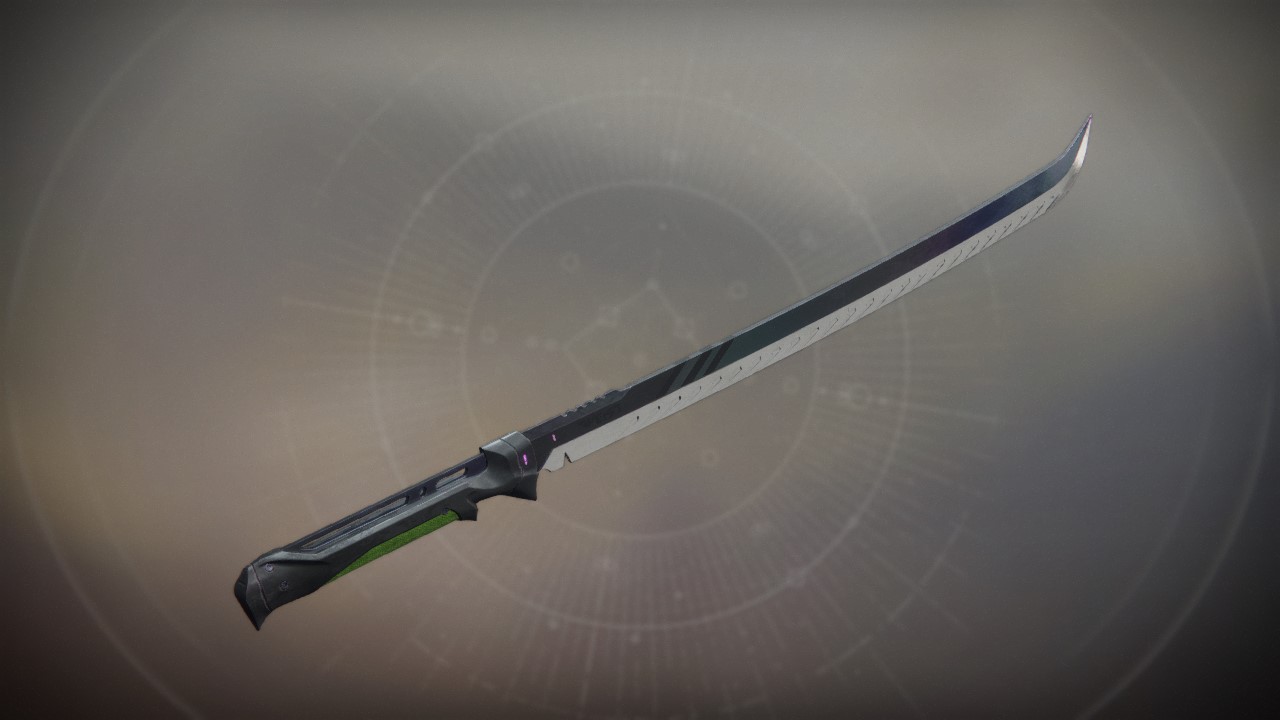 Quickfang is the only Lightweight paradigm sword in Destiny 2 right now, which means in a duel whoever is carrying it will hit first – if not hardest. It has superb handling and higher attack immediately after being drawn thanks to the En Garde trait, which is why you so often see it used in Crucible despite its lower Impact stat – it’s excellent for whipping out in a surprise encounter to smash enemies. It also increases movement speed, which is lovely. We expect a nerf on this one in Season 2, to be honest. In the meantime, it’s only available to Hunters – but that’s why you have three character slots. Warning: you will get salty messages if you use this too much. 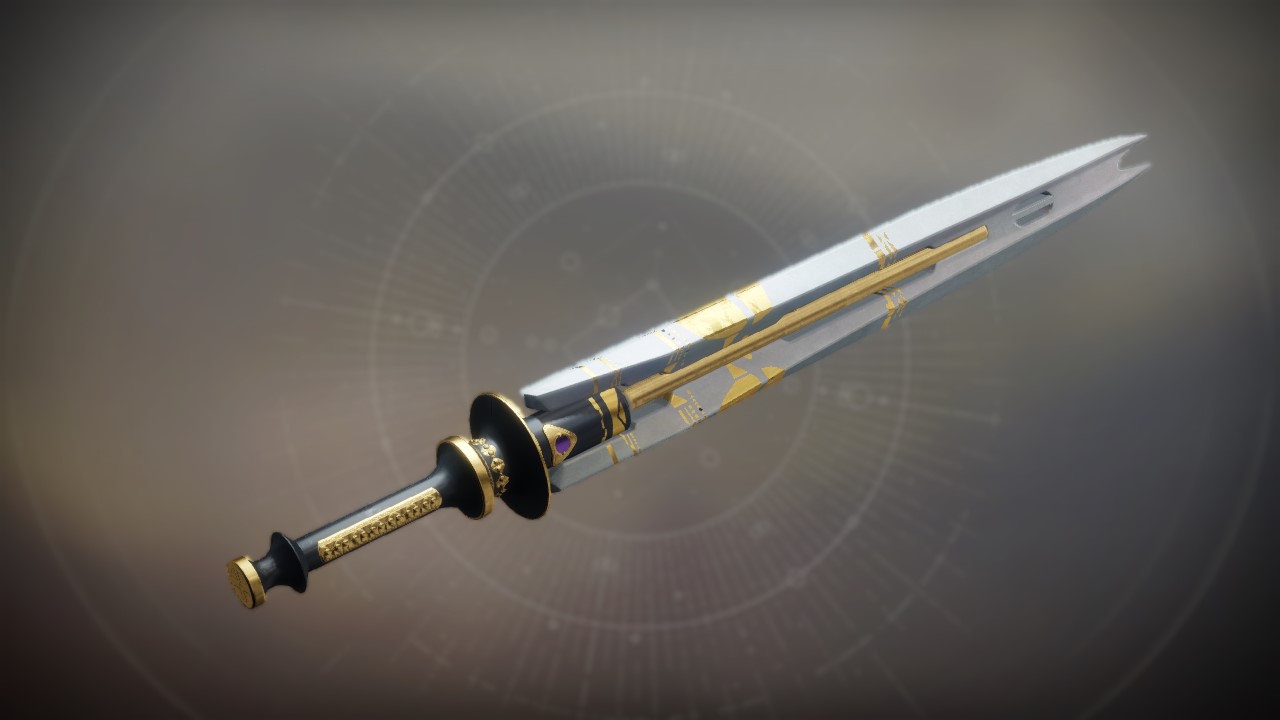 Best sword for infinite uppercut ammo: It Stared Back

An good all-round sword, It Stared Back’s real calling card is the Relentless Strikes trait, which refills ammo after three quick hits. “Piss off,” you’re thinking. “Spend three ammo to get one back? No.” But did you know? The uppercut move triggered by R2/RT counts as three hits if it lands properly – and although it normally costs three ammo to perform an uppercut, you can still do an uppercut if you have even one ammo remaining. Infinite uppercuts! Fantastic for PvP and PvE alike. Did we mention it also has Whirlwind Blade, so that the third strike of the uppercut does increased damage? What’s. Not. To. Like. 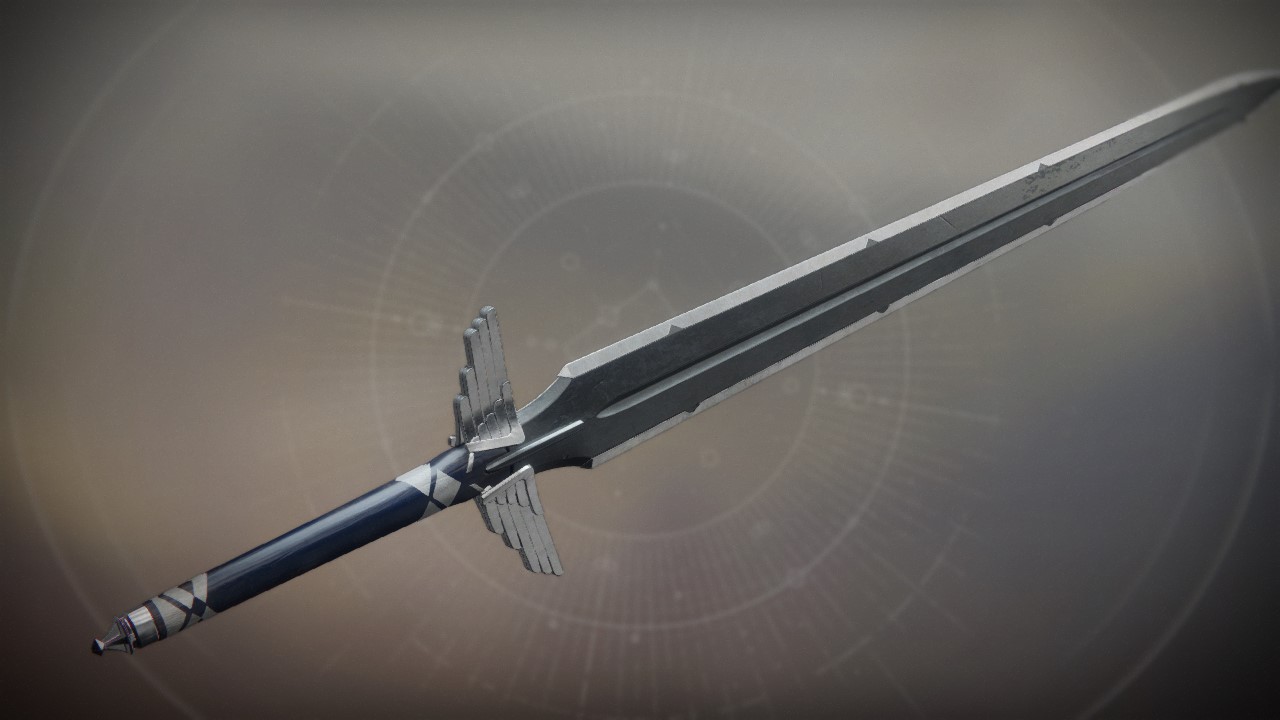 The only Aggressive paradigm sword in Destiny 2, Crown-Splitter is exclusive to Titans but well worth the effort of chasing down (again, you have three character slots). Its damage output is phenomenal, its Guard is both efficient and effective, and you get ammo back for every single kill thanks to Tireless Blade. It’s easy to very quickly mow down mob after mob with R1/RB strikes, and come out of it with just as much power ammo as you had before – which you can then use to hammer bosses or shield yourself with Guard. Bloody brilliant in almost any situation.

Disagree with our picks for the best swords in Destiny 2? Give us your best pitches for other blades!