Titan Quest is coming to all current-gen consoles.

For those who missed the chance to play Titan Quest back in the day on PC, because they were console users, you’re in luck because it’s coming to current-gen systems.

Coming in March to PlayStation 4 and Xbox One with remastered graphics, Titan Quest is also in development for Switch but is currently without a release window.

It features the offline single-player mode, and online co-op for up to six players.

Along with the standard edition, a Collector’s Edition will be made available. Both editions come with the base game and the Immortal Throne expansion.

The Collector’s Edition not only comes with the game but the following psychical goodies: a replica of a Greek war helmet, a note pad and a premium box. 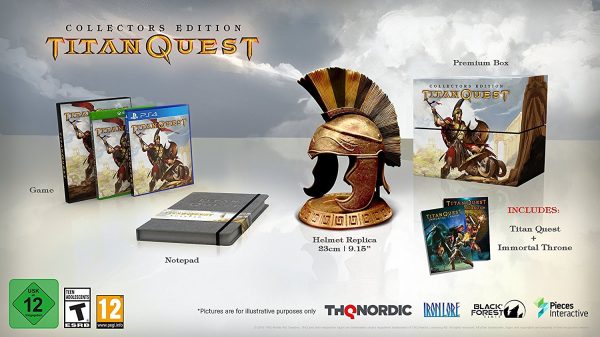 An expansion, Titan Quest: Ragnarok was released in November for PC. While the press release from THQ Nordic didn’t mention the expansion for consoles, we suspect PS4 and Xbox One users won’t be left out.

Titan Quest will release for PS4 and Xbox One o March 20. Both the standard edition and Titan Quest: Collector’s Edition are available for pre-0rder in the US, UK and Europe.