Sitting on your couch clutching a controller is a terrible way to play PUBG, but only because what you’re playing is a PC game first and foremost.

PlayerUnknown’s Battlegrounds is not an easy game to play. PC players found this out the hard way when the game entered Steam Early Access earlier this year.

PUBG is also not designed to be popular. I’ve talked before about its ARMA-lite controls, focus on skill, and the bundle of rough edges and fuck you mechanics that would never make sense in any game trying to appeal to a mass audience. But none of this mattered to PUBG’s makers, because they were out to make something interesting, not necessarily popular.

Despite this, PUBG became a breakout hit, the likes of which we see every ten years, and never at this scale. I am bringing all of this up to point out that even though all of its quirks ended up working in its favour thus far on PC, the same may not happen on console. If the launch Xbox One Game Preview version is any indication, things are in dire need of change if PUBG is to find a solid footing.

And yes, it’s perfectly fine to criticise an early access game, not only because they’re charging money for it, but also because it’s out there for anyone to try – inevitably inviting opinions and critique. If you can’t get over this fact, stop reading and go on with your day.

My time with PUBG on Xbox One has been dreadful. The game can’t maintain a solid frame-rate to save its life, and testing has shown the many performance issues it has. There’s a particular problem that happens too often in cities: aiming down sights introduces a stutter and some dropped frames.

The controls, the way they currently are, don’t make any sense on a controller, offering poor solutions to problems shooters solved years ago. With no way to remap them, you’re stuck having to relearn basic functions like aiming and reloading just to be able to play.

I would argue that the target 30fps is not good enough, but let’s be realistic, even the most powerful CPU this generation inside an Xbox One X is still well under-powered compared to desktop i5s and i7s. PUBG has always been CPU-intensive, and it’s common for PC players to turn down most settings to try and maintain a solid 60fps, something no other game demands.

To get around this would require a full engine revamp, which has zero chance of happening. At best, we’re locking at another 30fps shooter, which isn’t a problem in and of itself. 30fps is manageable, and far from unplayable, but it’s not something you want in your tactical shooter. Ubisoft understood this when it decided that Rainbow Six: Siege’s multiplayer mode needs to run at 60fps, while capping Terror Hunt at 30fps.

Maybe the frame-rate will be a rock solid 30 some months from now, and maybe controls will become more sensible. But even then, it still won’t be enough.

For the sake of the argument, let’s assume there are no technical or networking problems to speak of, just to take them out of the equation. This will make apparent just how many of PUBG’s core mechanics don’t translate well to a controller. I am not talking about Battle Royale tenets, rather how the game plays. 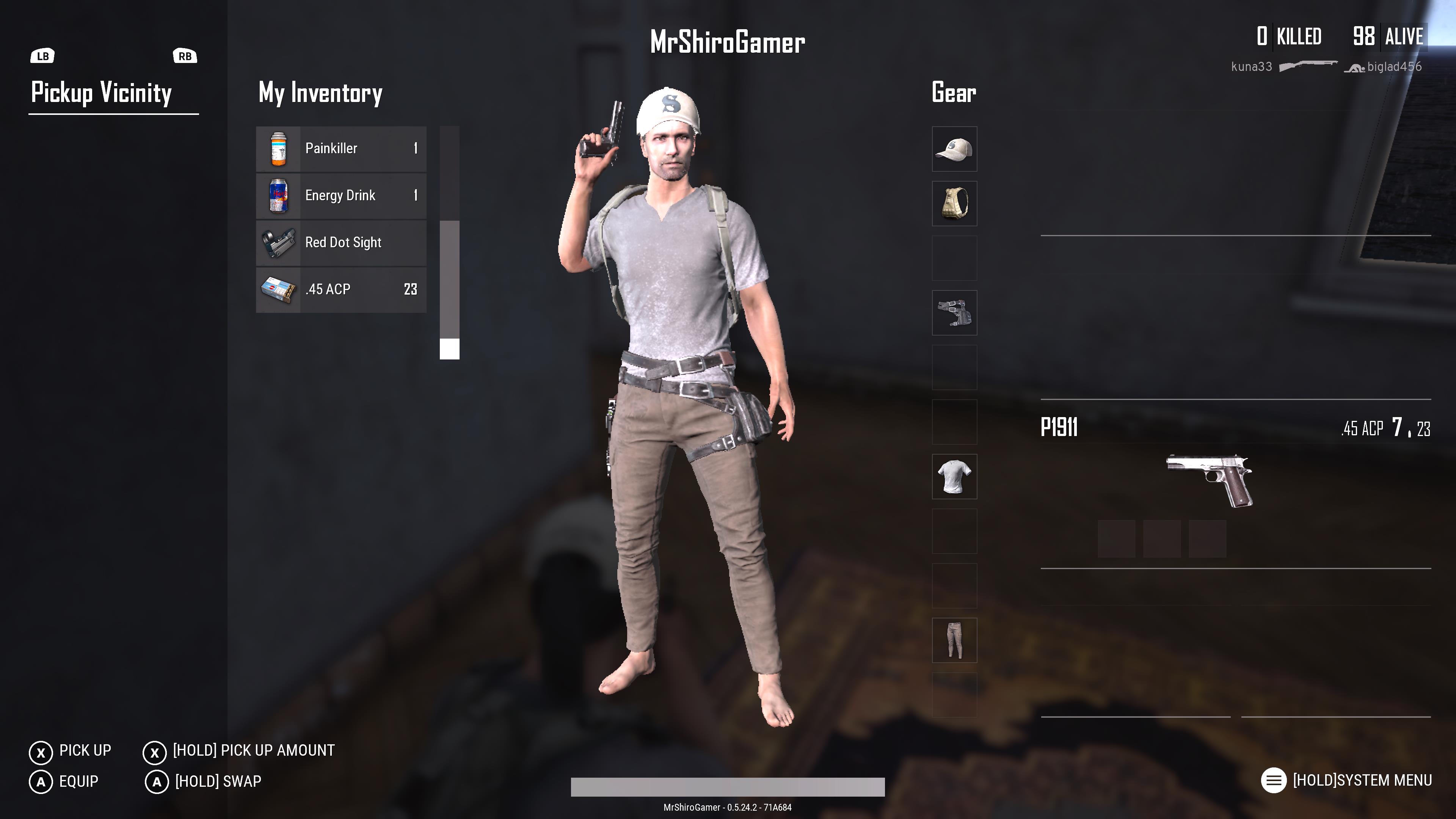 As it stands, close-quarter combat in PUBG is borderline broken. The speed with which characters accelerate while moving – even side-to-side – makes tracking targets in close proximity harder than it should be. You can get around this somewhat with a mouse, but it’s impossible to do the same with a stick. Firefights in close quarters resolve in one of two ways right now.

Either one player is camping somewhere, watching a very specific entry point, giving them an advantage, or both players are strafing and shooting until enough bullets connect and one of them comes out alive. That’s about it, because there is no aim assist to speak of. I can’t say if this is a conscious decision on PUBG Corp’s part, or if the feature is simply MIA, but the end result is the same: it’s not fun to fight someone close to you.

The lack of aim assist also means that long-range firefights are unpredictable. When character movement is as light as it is, you won’t be able to keep up with your target as quickly as you’d like, inherently giving an advantage to the player who shoots first. PUBG is unique in this case because engagement distances are well beyond what’s found in the majority of games.

Other tactical shooters like Siege solve this problem by having firefights take place exclusively indoors. As big as they are, maps in Battlefield are still tiny by comparison, and the game has no problem having different degrees of aim assist at different ranges.

Aim assist can alleviate some of these problems, but something else also could: making a smaller map for consoles, small enough to prevent stutters and other problems but big enough to maintain the Battle Royale pacing. Reducing the player count could also have a similar effect. Or, you can dig deeper and create smaller buildings and faster circle speeds on console to encourage players to stay on the move. And let’s not stop there.

If bullet drop and intense weapon recoil don’t work on consoles, they need to be toned down or removed. Looting items and the crippling UI must be reimagined. On PC, where everyone just drags and drops, shirts and other clothing items on the ground aren’t much of a nuisance. On console, most people will pick each item individually, and it’s incredibly silly to keep picking and dropping clothes when you’re aiming for weapons and ammo.

Even simple things like the act of adding or removing attachments is a nightmare. The UI needs to take advantage of analogue sticks and work around controller limitations. These and many others are all problems that exist because the game is trying to port strictly mouse and keyboard-driven gameplay to controllers. 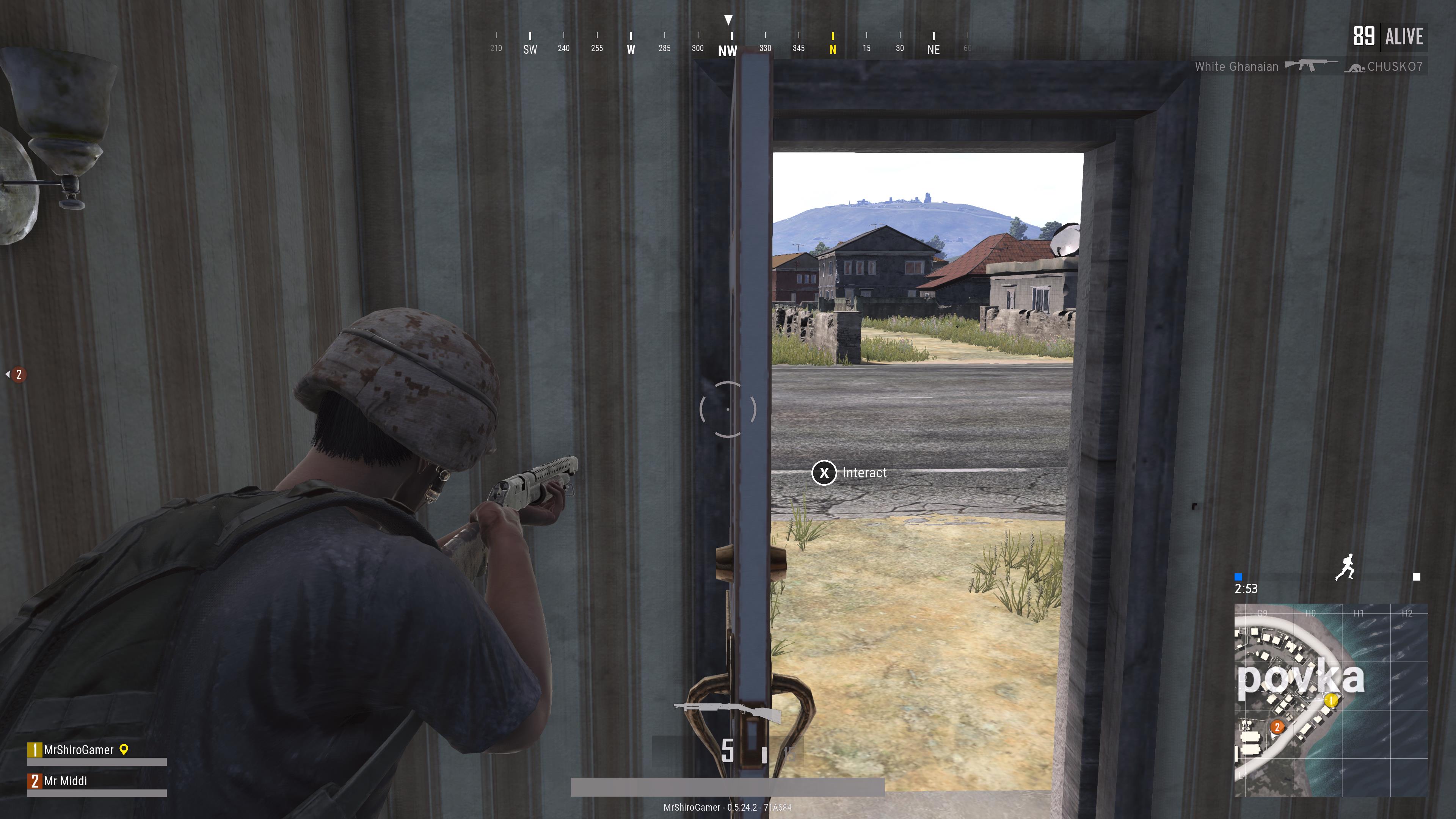 Sooner or later, PUBG Corp will have to decide what kind of game it wants PUBG to be on console. It will never be able to replicate the PC experience, due to control or hardware limitations, so it needs to create something that’s fun in its own right. This won’t happen unless the team has the courage to cut content and rethink features if it means making a playable, fun console shooter.

Nobody took shooters on consoles seriously until Halo came about. Things were this way for a reason, but Bungie was the first to design a shooter specifically around the limitations of a controller. It worked out quite well for Halo, and again for CoD 4. Developers understood that you can’t just port your PC setups to consoles, you have to design a new model specifically for their input methods and limited hardware.

The process has always been an evolution, which inherently means some things must be discarded in order to move forward. Even if we’re going to end up with two different games that share the same DNA, it would be much better than the gimped, neither here nor there thing we have today.

PUBG on Xbox One is a clunky, ugly and deeply frustrating experience, all because it’s trying to fit a square peg into a round hole. If it can’t replicate the full-fat PC game, it needs to evolve or risk being a niche game played by handful of people while the rest of us enjoy the “real” PUBG.