Final Fantasy 15’s Episode Ignis DLC marks a major milestone for Square – the return of one of its most beloved collaborators.

To hardcore Japanese RPG fans, Yasunori Mitsuda is a legend. While Squaresoft really had its pick of the best composers working in video games back in the day, Mitsuda is one of the names that tends to carry more weight thanks to his break-out work, the score for the much-loved Chrono Trigger.

Composed by Mitsuda in his mid-twenties, the score only came about because the driven young employee approached then-boss of Square Hironobu Sakaguchi and offered an ultimatum: allow him to compose a game score, or he’d quit. Chrono Trigger was the result, an utterly classic score with a sound that managed to be distinct from Nobuo Uematsu’s barn-storming work on Final Fantasy.

The Mitsuda and Square relationship wasn’t nearly as steadfast as that with Uematsu, however, and by the time he was set to work on the score for Chrono’s sequel Mitsuda had already left the company to instead work as a freelancer, a step that’d later be taken by many of Square’s other composers. 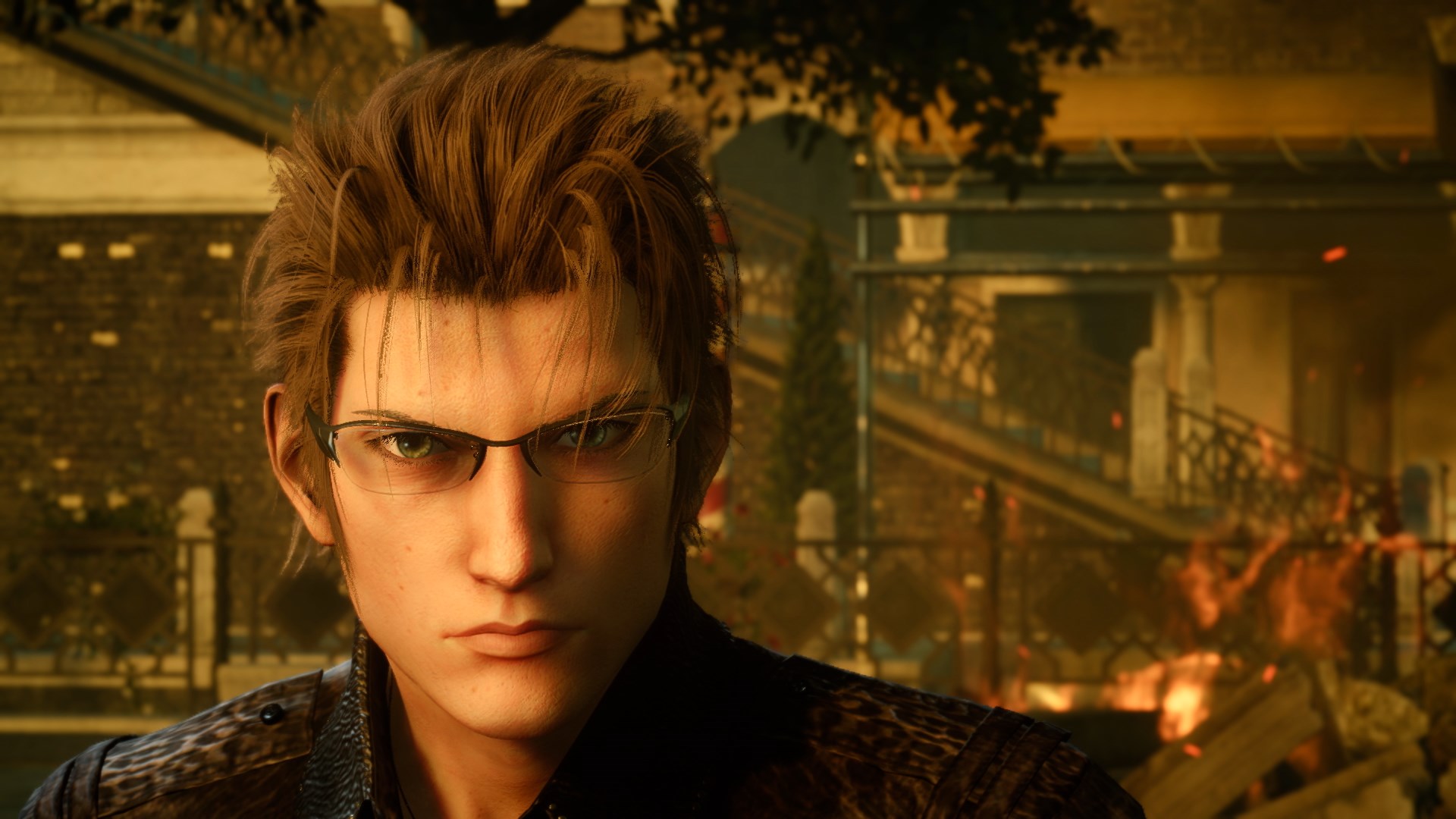 Mitsuda’s divorce from the company never seemed exactly clean, however, with his name mysteriously disappearing from the credits of the PS1 port of Chrono Trigger. Whatever happened then is now water under the bridge, however. After almost two decades Mitsuda is back working with Square Enix on Final Fantasy 15’s latest DLC.

“It’s been almost eighteen years since I finished Chrono Cross with Squaresoft, and when I heard the first proposal from Square for this I was very, very excited,” Mitsuda tells me when I visit him at the recording session for the Episode Ignis DLC’s score in Europe. He’s a dapper dude who looks nowhere near his 45 years – and crucially he seems incredibly excited to be working on a Final Fantasy game.

That excitement comes from two places. For one, Final Fantasy is an enormous deal, a significant step up from his other recent charges like Xenoblade 2 and Inazuma Eleven. But more important to Mitsuda, he explains, is that he’s a fan. When the call came from Square Enix offering him the job, he was partway through playing the game himself.

“I actually played FF15 and I know the story, and so when I was told that this episode was about Ignis I was like… Ah! That’s my favourite character,” he laughs. “At that point I thought… actually, I could do this, I could write music about him. Really, if it wasn’t actually about Ignis I probably would’ve said no to the offer.

“I liked Ignis when I played the main game… It’s always really nice to think that there’s something you can protect, you know? Something that you’d even sacrifice yourself to protect. That’s a very, very strong message, and Ignis is all about that – he really has something that he wants and needs to protect.”

There was another advantage too – with the game complete, DLC development was much faster, and that allowed Mitsuda to take a more hands-on approach to creating the score. Too often, he explains, composing is simply being asked for something that sounds like a popular film score or another game. But with FF15 Episode Ignis the team were forthcoming with development shots and even gameplay videos to give Mitsuda an idea of where to go musically.

“These characters – both Ignis and Ravus – are very strong characters,” he notes, “and they’re already established. In this regard it was much easier. It was really great to be able to have deep communication with the creators of the game.”

Despite being a fan of the characters, one thing Mitsuda was keen to not have happen was for the work of existing FF15 composer Yoko Shimomura or even the shadow cast by Nobuo Uematsu’s signature sound for the series define his work.

“I actually never even think about other composers,” Mitsuda says. “I feel if I actually listen to other people’s music then I’ve probably failed. I need to be all-original.” 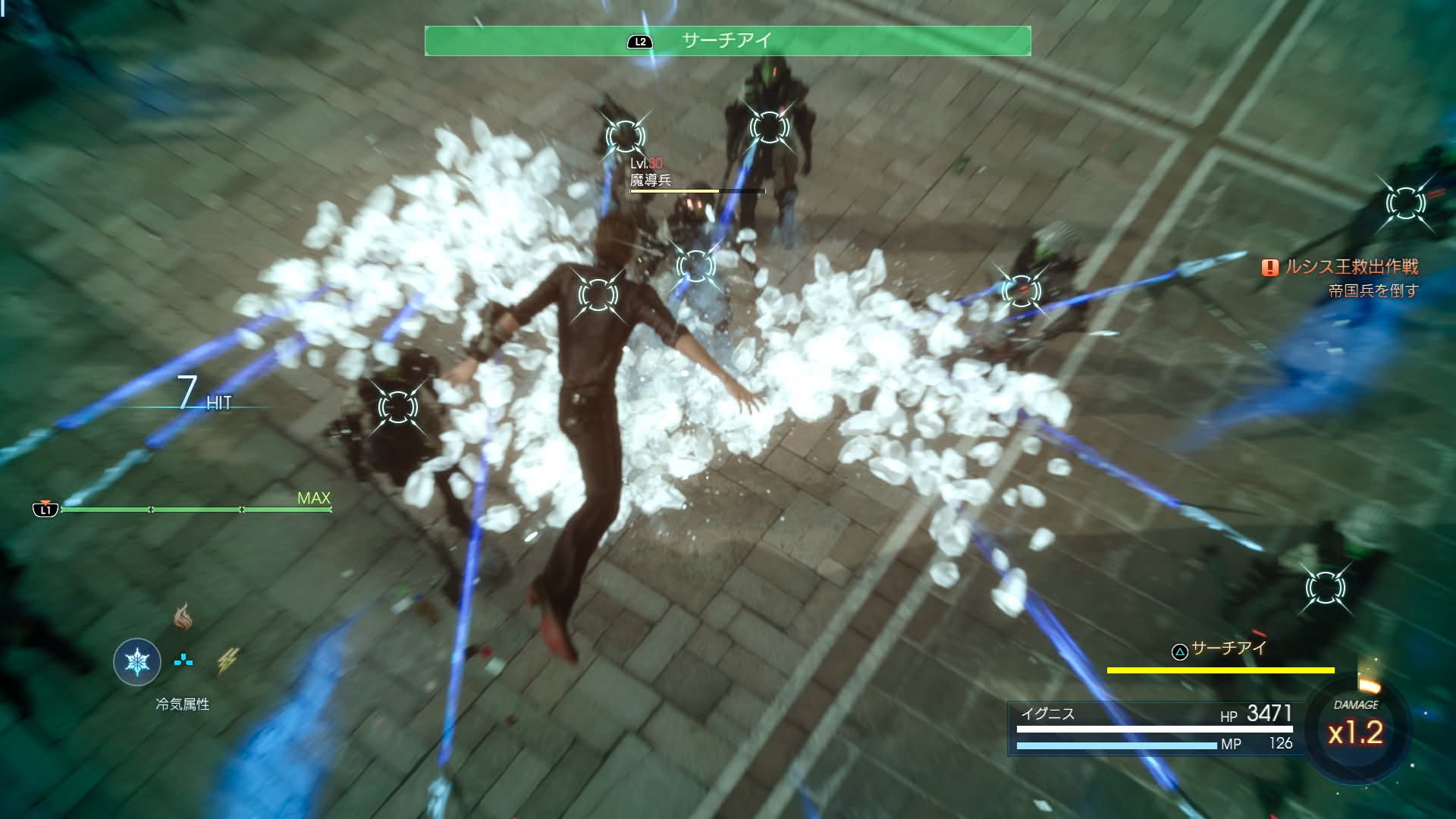 The score in Episode Ignis is just that, with the heavily strings-driven sound that Mitsuda’s work is known for. There’s a touch of Chrono Cross to the sound here, and being able to work with live musicians to create a full orchestra sound is clearly something that excites Mitsuda enormously.

“I really love strings and that sound… but for this, Episode Ignis… Ignis is a character where I really want the sound to represent him. I discussed a lot with the director, [Takeshi] Terada-san, about what we wanted to express the character and his story through the music.

“It’s very important for us to have the proper instruments and the right setting of sound to create this music,” Mitsuda continues. “I spent so much time discussing, then producing and sending over demos, and of course we’d discuss everything. I felt very, very creative on this journey, and I’m really very satisfied with the outcome.”

Key to survival, Mitsuda says, is not forgetting where video game music came from. Game music can now be complex, layered and recorded live, but the constraints of sound chips were arguably a positive to Mitsuda. He estimates that Chrono Trigger’s score expressed “maybe twenty percent” of what he’d envisioned, but it’s crucial to not get lost in the modern complexities and ensure there’s still the same sort of strong melody one would compose when constrained so.

Mitsuda describes coming into Final Fantasy as daunting, with the offer leading to what he describes as days of soul searching as to if his musical style could fit the very musically distinct series. Now, however, as he sees the score for Episode Ignis come together, he feels more confident that he fits.

“I’d be very happy if I had a chance and I’d likely take that opportunity,” he replies without hesitation when asked if he’d now like to score a full Final Fantasy game. “But if I did take that opportunity then I’d probably die! From stress and also from excitement,” he laughs.

Perhaps what’s most disarming about Mitsuda is how modest he seems. When I gush about Chrono, he seems almost entirely unaware that the series has a ravenous fanbase in the West. When I praise his recent Chrono series remix release, his eyebrows raise, and he earnestly asks me if I think it’d be worth him doing more. The answer, obviously, is yes. For now, however, it’s all about Episode Ignis for Mitsuda, and it’s plain at the recording session that he’s very proud of the result.

“I’ve done a lot of different soundtracks and I’ve enjoyed every single work I’ve done in the past. Especially Chrono Trigger. That was my debut, and everybody picks that as my most significant work,” he says.

“From my point of view every single piece of work I’ve done is important, but right now… Final Fantasy 15 Episode Ignis is now… well, it’s not finished right now, but from what I’ve heard so far today, at this recording session, this is definitely the most amazing thing that I can be very proud of. It feels like the best work I’ve ever done.”