A cult classic is finally getting an English translation. Fanboys rejoice!

Square Enix loves do-overs. Be it full-blown remakes, subtle touched-up remasters or tweaked ‘international’ editions of their games, the Japanese RPG powerhouse is pretty big on making liberal use of its back catalogue – but despite that, some major cult hits from their past remain untouched. Fans will be pleased to hear that Romancing SaGa 2 is no longer such a game.

With the announcement that a remastered version of the classic Super Nintendo RPG is coming West for PS4, Switch, Steam, the Windows Store, Xbox One and even PlayStation Vita, fans are finally getting what they want – and with no compromises. To producer Masanori Ichikawa, it’s all about love.

“Romancing SaGa 2 hasn’t rereleased for over 20 years!” Ichikawa exclaims when I ask about the reasoning behind the development of the remaster and the breadth of the platform choices for its release. “I can’t believe that!” 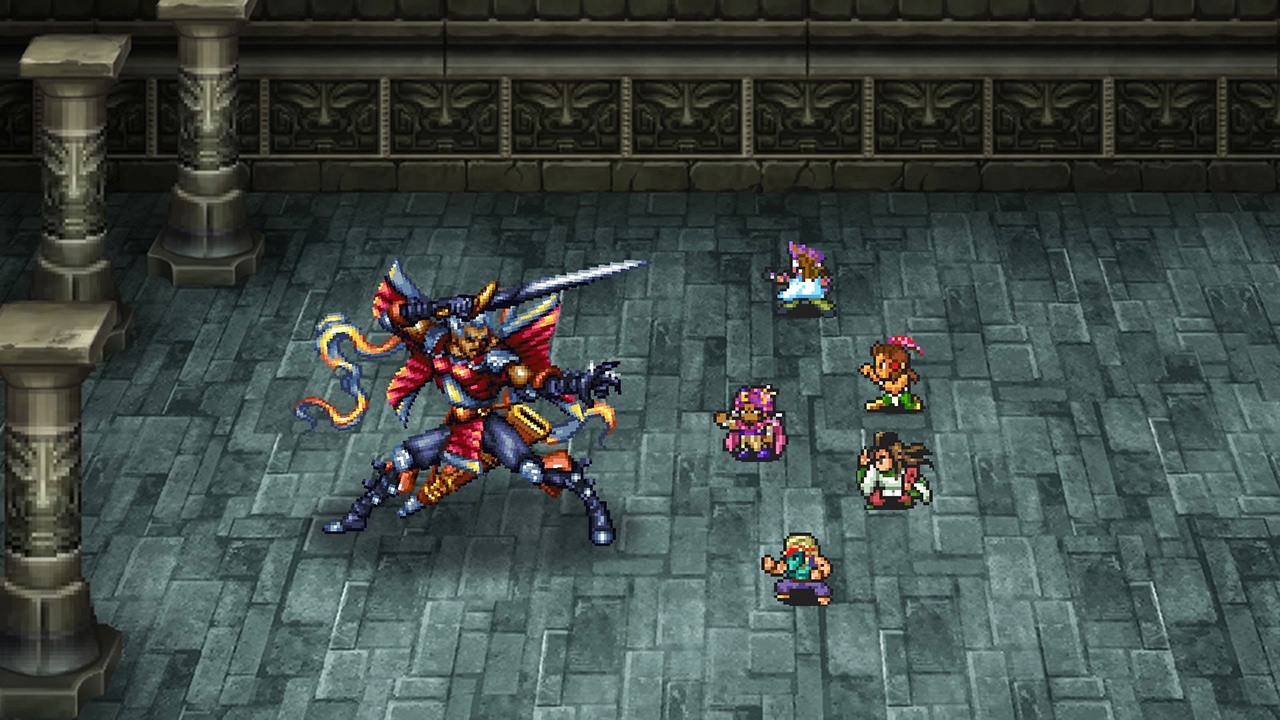 “I love this game very much. I’m very happy to release it in the Western market for the first time.” – Masanori Ichikawa

Ichikawa has the sort of unbridled passion that the usually more restrained Eastern developers hide. When I speak to him it becomes clear that above all else, he’s a fan of Romancing SaGa. He describes the game as “legendary” to me – though when he realizes he’s done so in the presence of original director Akitoshi Kawazu, he laughs sheepishly.

“I love this game very much,” he enthuses in impressively steady English, translator left hanging. “I’m very happy to release it in the Western market for the first time.”

It was the passion of fans like Ichikawa that helped to make this happen at all. In the wake of a Japanese-only mobile port “many, many Western fans” got in touch with Square via twitter saying they wanted it too, Ichikawa reveals. That eventually led to this port getting the green light.

Despite the number in the title, Romancing SaGa 2 is actually the fifth title in the SaGa series – though like Final Fantasy, little to no past knowledge of the rest of the series is required. It’s a swords-and-sorcery Japanese RPG, and in many ways can be considered a cousin of the Super Nintendo era Final Fantasy games. After acting as the battle sequence developer on the original Final Fantasy and its sequel, Kawazu moved on to creating his own series, SaGa. Early Game Boy titles in the SaGa series were even marketed in the West as an FF spin-off as Final Fantasy Legend.

Ichikawa is right in his claim – to many, Romancing SaGa 2 is considered legendary. It’s one of those rare, still-elusive games for Western RPG fans – a Japanese game that never got an official release. Its unique twist is that its epic storyline spans generations, meaning it’s impossible to keep the same party of heroes throughout the game – though by naming a successor from a few different heirs as one generation concludes some of your invested RPG progression carries down through the ages.

“We definitely have the feeling that the original Romancing SaGa 2 was a very complete game, and so in that sense there was nothing that we really wanted to add,” Ichikawa says. “Fundamentally we find the game to be very finished – there’s nothing really to improve on.” 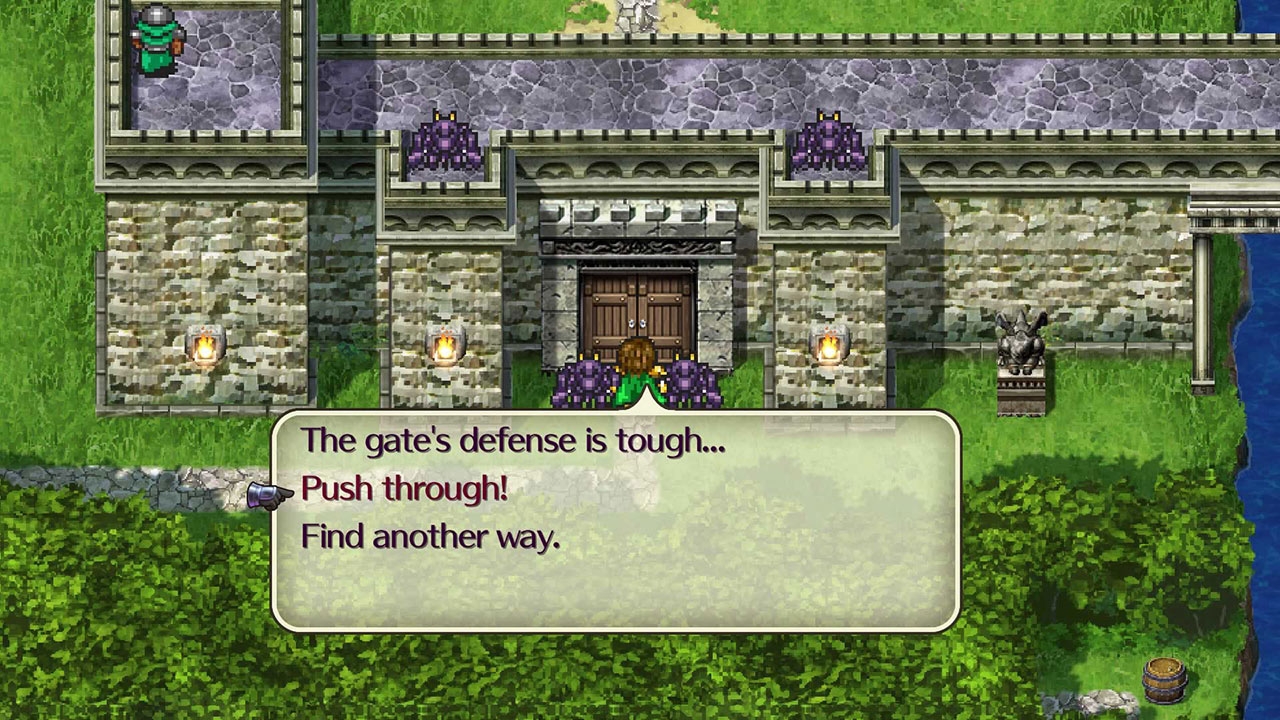 Part of Ichikawa’s confidence is down to Romancing SaGa’s clever design, which still rings true as a classic. Unlike, say, the remakes of Final Fantasy 3 and 4, the game retains much of its original look and surprisingly all of its original code. Under the hood, this is still the Super Nintendo game – but it’s no pure emulation job, either.

“Not much has changed with regards to programming. The game itself remains quite intact to how it was originally with things like flag management, the battle stats, calculations and so on – that’s all pretty much the same to how it was in the original,” explains Ichikawa. While the game is broadly the same, it does add some new character classes for combat, a couple of new challenge dungeons and a New Game+ function – cool additions, but nothing to disrupt the original balance Kawazu’s team found. All this is despite the fact that Kawazu took a hands-off approach, deciding not to be precious or apply pressure on the team remaking one of his titles.

“There was a long process in how this happened – as you can imagine, with all these platforms, a lot of it took quite a while! Because of that there was an element of me having to leave it to the development team. Ichikawa-san has been in the lead travelling to different places – he’s been to China and other places to have discussions with various different development companies that were helping us out. I had to kind of step back and leave it to them,” Kawazu says.

“This doesn’t feel like a twenty year old game – in fact, it feels like a very modern game and it’s perfect for the market at the moment.” – Masanori Ichikawa

I’m one of those fans who has always heard much of how Romancing SaGa 2’s story branches and twists based on how players act and who they choose as their heirs, so finally being able to play it has me excited – but to be honest, nothing excites me quite as much as how lovely the game looks. The art style seems like a fabulous compromise between the original sprite-based work and the detail made necessary by high definition screens – 16-bit character sprites set against lovingly recreated hand-drawn backgrounds.

“It’d be very difficult to make large-scale graphical changes such as 3D,” Ichikawa notes. “It’d also be very difficult because many fans love that style of game – the pixel art. I discussed with the development team and Kawazu-san, and we concluded that we’d use pixel art for the characters – we wanted them to have the same look as the Super Nintendo. Of course we still need to suit for the HD platforms, so the backgrounds have been redrawn again for this version of the game, but the characters look like they did on the Super Nintendo. 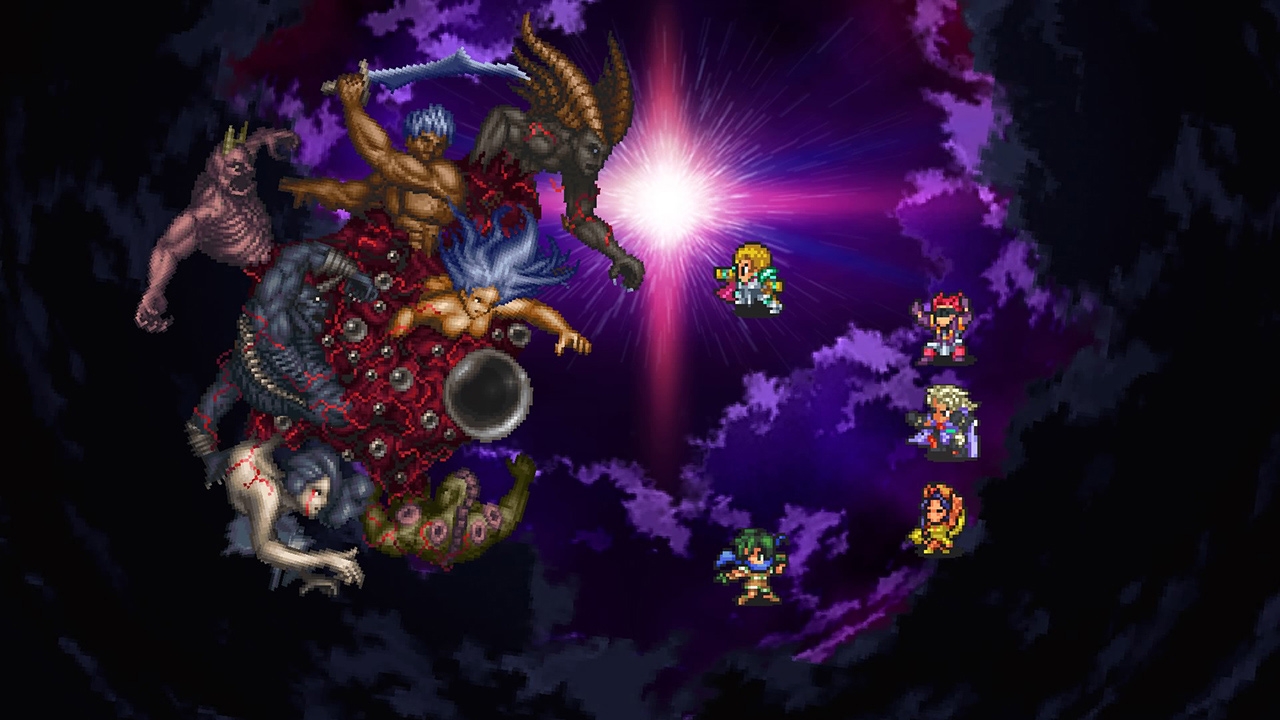 “I played the Super Nintendo version recently, and honestly, the graphics are very different,” Ichikawa adds with a laugh. “But… imagination is kind! This looks closer to how people will remember it looking than how it actually looked.”

Perhaps most stunning is that the game will launch on so many platforms. Ichikawa and Kawazu both laugh at how much trouble getting onto PS4, Xbox One, two PC digital services, Switch and Vita at once caused, but it’s something they describe as necessary in their greater mission: finding a new audience for the SaGa series.

“In my opinion this title is a real legacy title and I want to do that justice. I want every user to be able to play it in every place, on every platform – that’s my thinking. For example in the Japanese market, Xbox One isn’t good for sales, and Steam also isn’t so popular, but in the worldwide market they’re more popular. This is the first title our company has released on this many platforms, so… I don’t know how that happened,” Ichikawa says with a laugh.

“It’s a lot more work, but I want to provide the opportunity for players who never could to play this game.”

“One thing that I think is worth mentioning is that this doesn’t feel like a twenty year old game,” Ichikawa continues. “It feels like a very modern game and it’s perfect for the market at the moment. Especially with the free scenario-based system where however a player plays it influences the options they have and how the story ends, so there’s definitely going to be an element of sharing those stories with friends and online in the way that modern audiences do.

“We definitely think there’ll be a difference between the Western players and the Japanese players in terms of how the story unravels and the options they choose too, and we’re really interested to see what happens there.”

As for series creator Kawazu, he already has his sights set firmly on the future and what this remake release might do for the future of his creation. He has no wish to return to Final Fantasy (“I probably won’t have the chance to do it again, but if I’m asked, I’ll be happy to not have to,” he says with a laugh), but he’s keen to continue with SaGa if fans take to the series as he hopes.

“Currently we’re developing a new game in Japan called SaGa Scarlet Grace,” Kawazu notes, “and we’d like to make that into a worldwide title as well eventually.”

You know what you have to do if you want to see that. Romancing SaGa 2 hits PS4, Xbox One, Steam, the Windows 10 Store, Switch and PS Vita on December 15. That’s next week!