PlayerUnknown’s Battlegrounds will feature yet another weapon exclusive to the desert map.

Today, an image posted by Nvidia showed a new weapon exclusive to the PlayerUnknown’s Battlegrounds desert map, and its the R45 is a six-shot revolver.

This morning, PUBG Corp. announced Miramar as the official name for the desert map. We’ll get a good look at it during The Game Awards 2017 tomorrow evening.

The R45 revolver is chambered for the game’s .45 ACP ammunition and comes with a speed loader. It also supports a red dot sight attachment. 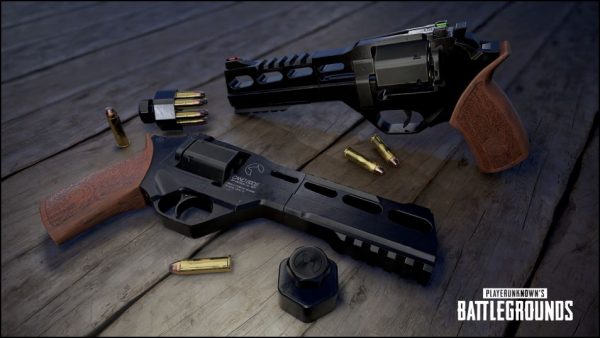 It will available when PUBG launches, later this month and will be the replacement for the R1895 revolver from the Erangel map which will not be in the desert map. The Win94 rifle is also an exclusive weapon alongside the sawed off shotgun and a new truck coming to the Miramar map.

PUBG is a super popular PC game, with as of press time, over 24 million sales.

Later this month, PUBG will exit Early Access, alongside vaulting, and plenty of other additions and content. PUBG hits Xbox One on December 12.