The desert map in PlayerUnknown’s Battlegrounds will indeed have a new weapon, exclusive to the map.

A second test build for PC 1.0 was deployed for PlayerUnknown’s Battlegrounds this week, and when the test servers shut up shop yesterday, PUBG confirmed a new weapon would be coming to the game.

The next round of testing will include the desert map along with its exclusive double-barrel sawed-off shotgun.

Dataminers found the weapon in the game files last week along with two other weapons and updates to PUBG’s desert map town names. 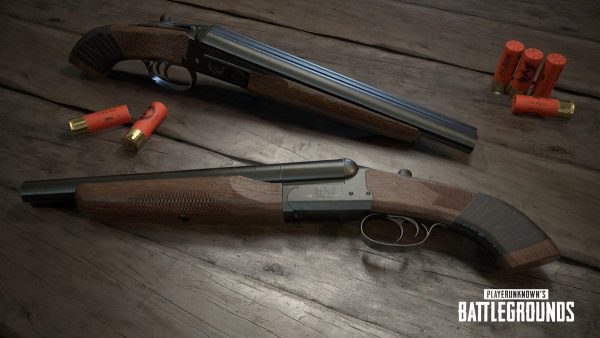 The Game Awards 2017 takes place Thursday evening, and if you stay up to watch it, you’ll get the first public look at gameplay footage of the desert map in PUBG.

Previously, we’ve been provided with glimpses of the map such as this one which provides an overhead shot.