Epic Games has provided a state of development update for Fortnite Battle Royale.

First off, the team is finally addressing the issue of team killing in a manner conducive to those who report instances. While action is taken based on player reports, it fails to inform players whether action was taken or not. This is being remedied and recently, the Fortnite team enhanced its search for “current and past team killers,” and issued numerous warnings and bans.

To further combat the issue, Epic is working on “better analytical models,” in order to weed out the worst offenders. It’s long-term goal is to pair players with other who have a good reputation.

Currently, the development team is also working to make its existing social features easier to find friends, and to play again with prior partners. It is also working on the ability to import friends lists from other social networks.

Players can also expect a new shooting model which is currently being playtested. It will hopefully remove random bullet spread while aiming down sights. The goal is to improve the model while “maintaining the usefulness of building cover while under fire.” And, without changing engagement distances or game flow. A test client and servers to provide feedback on the mechanic is slated for December. 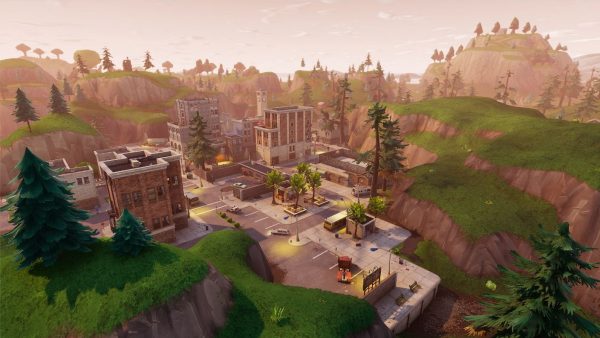 A large revamp is in the works for the current inventory, which will provide a cleaner interface with easier inventory management.

New points of interest are being added to the map to help fill some of the empty spaces and introduce more gameplay variety. This will be accomplished by updating existing areas with varied art for flora and the landscape.

Other improvements in the works include full remodels for gliders, pickaxes, and characters. The revamp will add more unique details, while still preserving the original mesh. There are also plenty of changes and improvements in development for Battle Royale’s audio.

Down the road, players can also expect more items and weapons for Battle Royale in addition to the recently added Launch Pad, Silenced SMG, Slurp Juice, Smoke Grenades and more with Fortnite patch 1.9.1.

Custom games, performance over visual fidelity and badges and medals were also touched upon.