Stardew Valley has received a rather large update on Switch

Chucklefish has released patch 1.2.36 for Stardew Valley which solves crashing issues and adds support for video capturing on Switch.

The patch also improves save times, and rather importantly, fixes the crash which could sometimes occur while sleeping before saving.

Players who bemoaned the lack of vibration in handheld mode (giggle) will find this issue has also been remedied.

Fans of the game have new content to look forward to in the future, as developer ConcernedApe is working on something for single players at the moment. This is in addition to the multiplayer mode is still, hopefully, on track to release before the end of the year.

When the additional content will be released is not exactly known, but it will likely release for the PC version of Stardew Valley first. After which, it will make its way to PS4, Switch and Xbox One.

You can look over the full Switch patch notes for Stardew Valley update 1.2.36 below. 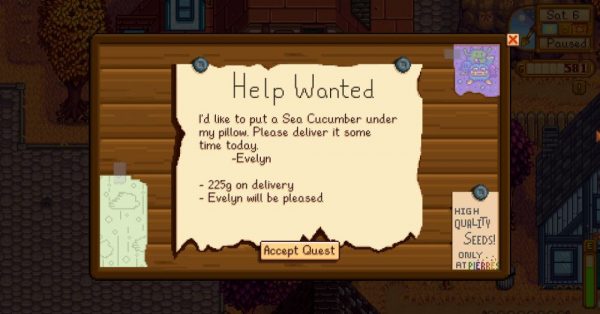