Final Fantasy 15 will receive plenty of content in December, other than the previously announced Episode Ignis.

During the latest Active Time Report, director Hajime Tabata provided details on the upcoming Comrades version 1.1.0 update. Along with fixes to character leveling, and enemies missing from multiplayer quests, players can expect some additional content.

This will include Time Limited quests where players will be matched quickly together to defeat waves of enemies during the allotted time (thanks, RPGsite.)

Final Fantasy 15: Comrades will also benefit from improvements when 1.1.0 releases on December 12, such as shorter loads times and AI comrades generation time, per Gematsu. This news will please Alex very much, as it was his main complaint with Comrades.

Alongside the update, the core game’s “First Anniversary Update” will be included. It will allow players to seamlessly switch between the four main fellas in Final Fantasy 15, with each of the characters playing the same as in their respective DLC. Noctis will remain the same, obviously.

After update 1.1.0 drops, the following day on December 13 Episode Ignis arrives, and it will contain twice the cutscenes as Episode Prompto. Playtime for Ignis comes in at around two hours, just playing the story. Once finished, it the episode will unlock multiple endings depending on decisions made by Ignis. 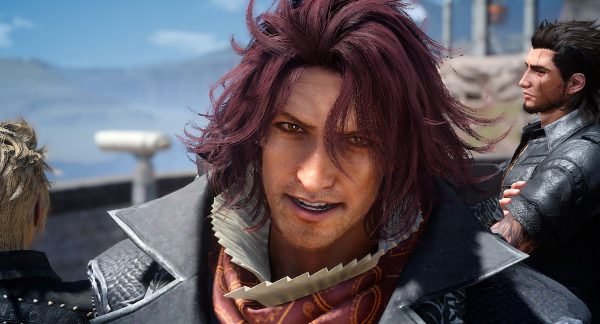 The ending acts as a supplement to the main story’s end in Final Fantasy 15, and features a boss battle which will be “difficult,” according to episode director Takeshi Terada. An Extra Battle will also appear after completion of the story in Episode Ignis, and its a special battle against Noctis.

Finally, close to the end of the year, we can expect to hear more about additional DLC. According to the ATR, the next episode in the works is Episode Ardyn, who is the main antagonist in Final Fantasy 15. The additional content also promises to provide more background on the world.

Whether FF15 players will be delivered an episode devoted to Luna or not remains to be seen, but the development team is aware of the fan demand.

So, in conclusion: Episode Ignis is a rather meaty DLC; the December update lets you switch between the fellas; the Comrades update fixes important issues; and Episode Ardyn is in the works for 2018.

And we can expect even more Final Fantasy goodness in 2018, including new titles, apparently, along with the long-awaited PC version of Final Fantasy 15 during the early part of the year. Awesome.