Skyrim has arrived on Switch and VR, so we’re all reunited with Lydia and pals. Here’s how to make your Skyrim followers work for you.

There are loads of followers in Skyrim, so you have your pick of which one you want to carry all your excess gear around.

But Skyrim followers can be used in more interesting ways than mere cart horses. On this page, part of the Skyrim guide we’re republishing in honour of Skyrim for Switch and VR, we present an extract from our collection of Skyrim tips and tricks for beginners and veterans alike, which should help you make the most of your followers.

Read on for all the details of how you can put your followers to work in Skyrim. 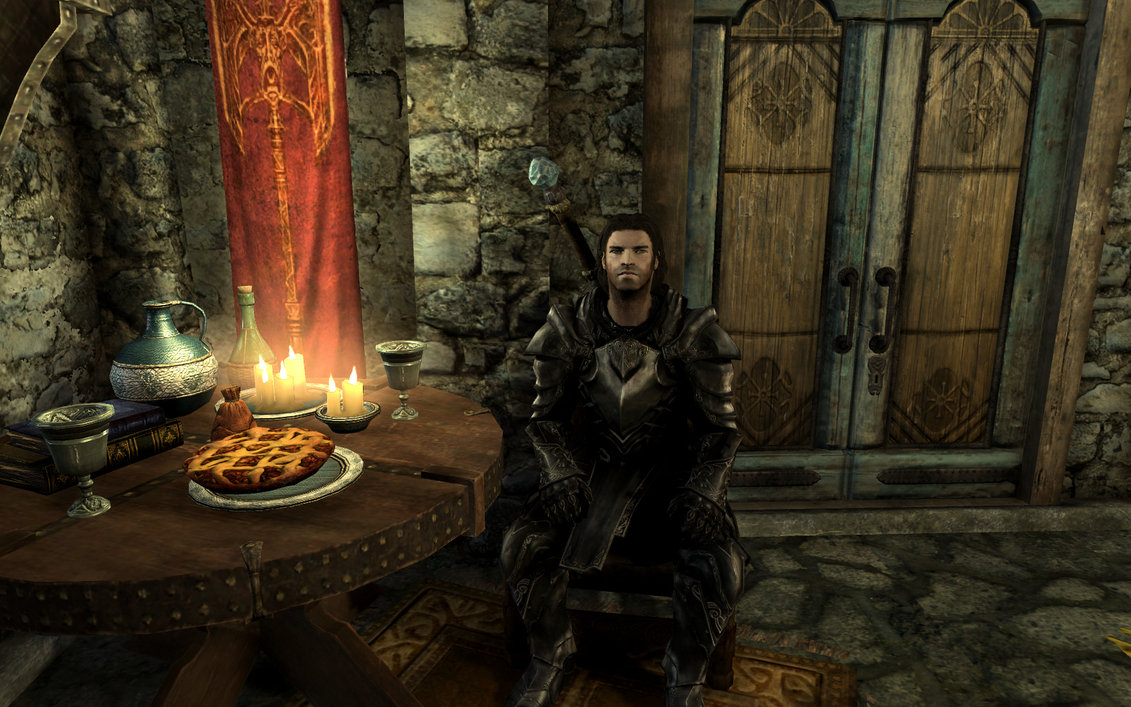 Followers aren’t just there to make life on the road less lonely. They have a multitude of other uses, and by utilising the proper exploits and glitches, you can build yourself a small army. A very small army. Much more of a posse really.

If a follower’s level doesn’t match your own when they join you, you can use the Wabbajack trick to get their level up as as long as they’re non-essential characters. Save first in case things don’t go quite according to plan; this is a save exploit, as detailed in our page on Skyrim save cheats and tricks.

Take your follower to a secluded area because you’re going to start beating them and it’s best to do such things in private, particularly when there might be guards around.

Take away their equipment, dismiss them, and then use the Wabbajack on them until they change shape. When the effects wear off, their level should match yours and they should have all of their default gear equipped.

All followers have traits that fall on a scale that determines aspects of their behaviour – aggression, assistance, confidence, and morality. The first three relate to combat, while morality determines how likely your follower will be to commit crimes and perform certain actions. So if you’re planning on Thelma-and-Louise-ing your way around Skyrim, think carefully before you make your pick.

Once you do know what your pal is up for, you can start ordering them around.

There are some pretty useful commands you can give to your follower that can help you out immensely.

Followers can activate shrines to benefit from the blessings bestowed by them so if you’re swinging by and getting a blessing, make sure you command them to do the same. There are a few blessings which won’t work on them though – Talos, Mara, Zenithar and Dibella.

You can get a follower to fill soul gems including The Black Star and Azura’s Star – if you equip them with a soul trap or fiery soul trap weapon.

You can also set them to work mining and chopping wood. Most followers are happy to slave away and you don’t need to give them tool> – they’ll produce their own. Best not to ask from where.

If you’re faced with a locked chest that’s giving you trouble, tell your follower to give it a go. As long as they have no moral qualms with doing it, followers can open any locked chest – even those with a master lock rating. Don’t bother telling them to grab the contents as they will automatically be marked as stolen – even if it’s stuff from a chest in your own home.

If all of this looting is filling up your inventory and your follower can’t take any more off your hands in the trade menu, you can drop an item on the floor and tell them to pick it up.

Getting them to pick things up super handy for skill books. You can take skill books from your follower’s inventory without having to read them, allowing you to save them for later. So be sure to get them to nab any books you have your eye on that you don’t necessarily want to use right away.

Getting more than one follower

Everyone knows you can only have one follower in Skyrim, but there are workarounds that will have a gang of them traipsing around dungeons after you, annihilating everything in their path.

Generally, characters with their own quests that will travel with you to complete them don’t count as a follower. So as long as you don’t finish their quest line, they’ll be around for as long as you like. This works for the vast majority, although there are a few that will bugger off if you fast-travel or leave their area.

You can also get yourself three followers from the Dark Brotherhood, as long as you don’t kill Cicero. Achieving this takes a little bit of work, as described below.

Take your main follower to the Sanctuary and position them as close as possible to one of the two Dark Brotherhood Initiates or Cicero. Dismiss your follower and immediately recruit them again. As soon as you hit the dialogue option for bringing them back on board, quickly back out of the conversation and talk to the Dark Brotherhood member, asking them to join you.

This should all be happening while your main follower is still getting out their response on the topic of joining you on the road once more. Do this two more times using the main follower as before and you’ll have two Dark Brotherhood Initiates and Cicero added to your party. And it is most definitely a party at this stage.

Buy yourself a dog to pad out the numbers even more, then give everyone a summoning staff so that they can each summon their own follower in combat. Let’s not forget that you can add two dead Thralls to the mix with the Twin Souls perk.

Like we said, it’s not quite an army. But it’s a good start.