What do you do with a problem like Sonic? A custom character isn’t the answer.

For a glorious couple of weeks there, Sonic the Hedgehog was back on his game. Those weeks between the release of throwback sequel Sonic Mania and modern franchise attempt Sonic Forces were blissful. Having grown up as the sort of kid who would’ve told you that, yes, hands-down Sonic 3 & Knuckles is the greatest 2D platformer ever made, I could finally make the claim again: Sonic is really, properly good again.

And then he wasn’t. Say hello to Sonic Forces, a game that’s been out for a while now but that I feel strangely compelled to put pen to paper on before we start to get into our end-of-year best-and-worst wrap up discussions and articles. Sonic Forces is a weird game, and it’s not that it’s strictly bad: it’s just strange, misguided and incredibly uneven.

The difference between it and Sonic Mania, which let us not forget was made by industrious fans pulled into the fold by Sega of America, is a chasm. It’s stunning that Sonic Forces and Sonic Mania have arrived in the same franchise and from the same publisher mere months apart – they feel like they’ve fallen out of two different universes. 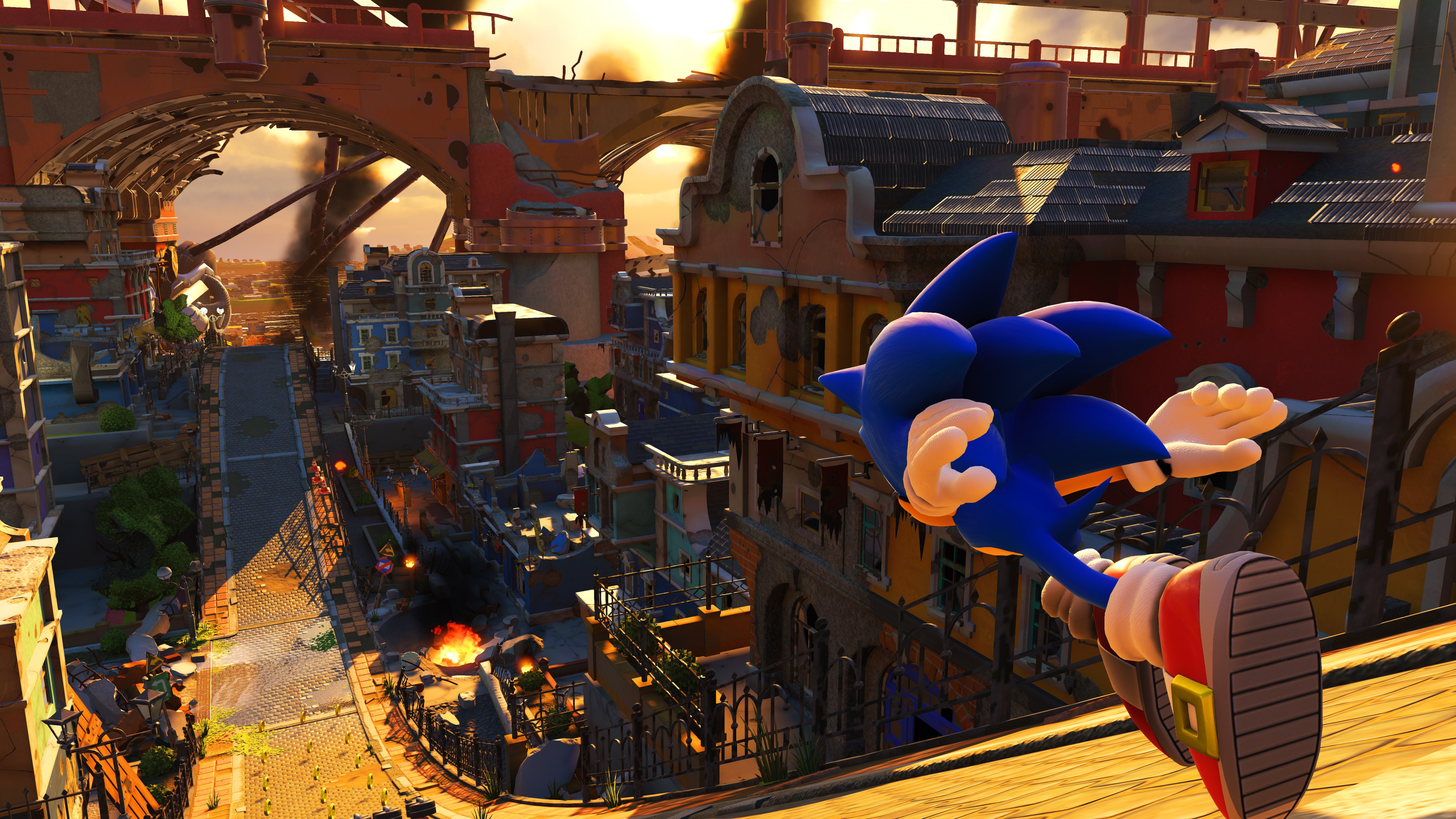 “It’s stunning that Sonic Forces and Sonic Mania have arrived in the same franchise and from the same publisher mere months apart – they feel like they’ve fallen out of two different universes.”

After years of complaining that Sonic became too focused on gimmick gameplay for his friends, Sonic Team dialed it right back. Recent Sonic games like Generations, Unleashed and Lost World all only had Sonic himself playable, albeit in various forms. Sonic Forces marks the return of a playable Sonic friend – but the twist this time is that you create this friend yourself.

It’s an interesting idea and one that no doubt set the pulses of Sonic fans with custom Sonic-style characters racing. DeviantArt is absolutely packed full of this stuff, and if you’re a young Sonic fan it’s only natural and right to experiment with some original character or another. Sonic Forces brings that into the main canon, with you able to create a Sonic character all of your own.

This aspect of Sonic Forces is probably the best and most impressive part of the game, the player given seven different animal options (bear, hedgehog, rabbit etcetera) and then a wide variety of clothing options. The more you play the more gear unlocks, and there’s an absolute shed-load of it. It’s fairly easy to create something quite intricate, and I can see that it’d be easy to get quite into this and become quite attached to your newly-created character.

Some of the results are a little on the strange side, of course. Much has been made of the dead-eyed stares of the avatar in cutscenes or of one particularly popular early unlock, a baseball cap that has ‘GAMER’ emblazoned across the front. It’s easy to mock, but this feature feels right for Sonic. It’s good stuff.

The rest feels not so good, mind. Somehow this is a sequel to Sonic Generations that manages to feel worse on almost every level – and it’s difficult to tell if this is thanks to a lack of polish or some deeper problem. The largest problem, I suspect, is that Sonic Team probably want to make something other than a Sonic game. Even the avatar, with its range of equipment and multiple equippable abilities – seems to suggest ambitions outside of what’s traditional to Sonic.

Forces is essentially three different games sewn together. First there’s modern Sonic, all about boosting through enormous stages at high speed, usually from a behind-the-back perspective. Enemies are usually there less to actually obstruct you and more to provide potential for homing attacks or combos. Modern Sonic continues to be more like Tony Hawk’s Pro Skater than a platformer in a sense – it’s about optimizing your route through a level in pursuit of the speed and score to nail that elusive S-Rank. You’ll be wall-jumping, sliding, grinding and double-jumping about, and when it works well it feels pretty great. When it doesn’t, however, you’ll be battling with a camera that appears to have a mind of its own and an unpredictable lock-on system that can too easily send you tumbling to your doom.

Classic Sonic is the next obvious stop with 2D side-scrolling gameplay inspired by the Mega Drive classics. This is where how much worse Forces feels than Generations is most profound – something just doesn’t feel right about the classic gameplay. After a while it became clear to me it’s all about the physics, with classic Sonic too easily able to lose momentum and thus speed. Classic Sonic feels like his infamous sneakers are lined with lead. Generations was decent, but in such close proximity to Sonic Mania these problems feel all the more crippling. 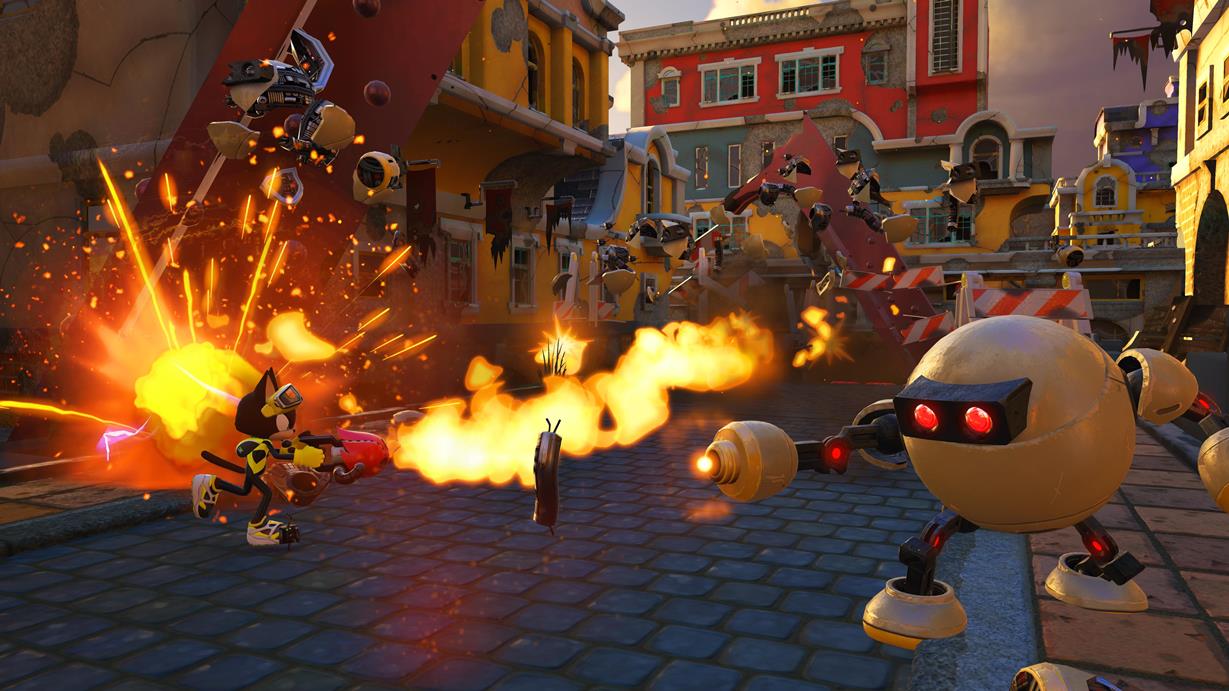 “Classic Sonic feels like his infamous sneakers are lined with lead. Generations was decent, but in such close proximity to Sonic Mania these problems feel all the more crippling.”

Finally there’s the avatar levels – and these are the worst of the bunch. The avatar has access to some of the Wisp-style power-ups from Sonic Colors and is much more focused on gadgets like a grappling hook for swinging about and a few different attacks. These levels play a little like Modern Sonic’s but at a slower pace, and this is a problem, as it exposes the problem with a lot of those levels.

The 3D levels are a blast to zip through, but if you take your time you quickly begin to see the cracks that speed papers over. Rubbish enemy placement of entirely ineffectual enemies is one major bugbear, though they just don’t feel all that fun. Team-up levels where modern Sonic and the Avatar are both there at once aren’t any better.

Modern Sonic probably feels the best of the three on balance, and that’s a surprise. There are positives, too: the stages are gorgeous-looking with some inspired art, and aside from a few real dud pieces the soundtrack remains firmly in that bad-and-good rock cheese area Sonic has happily occupied since the Dreamcast. I’m into all that. 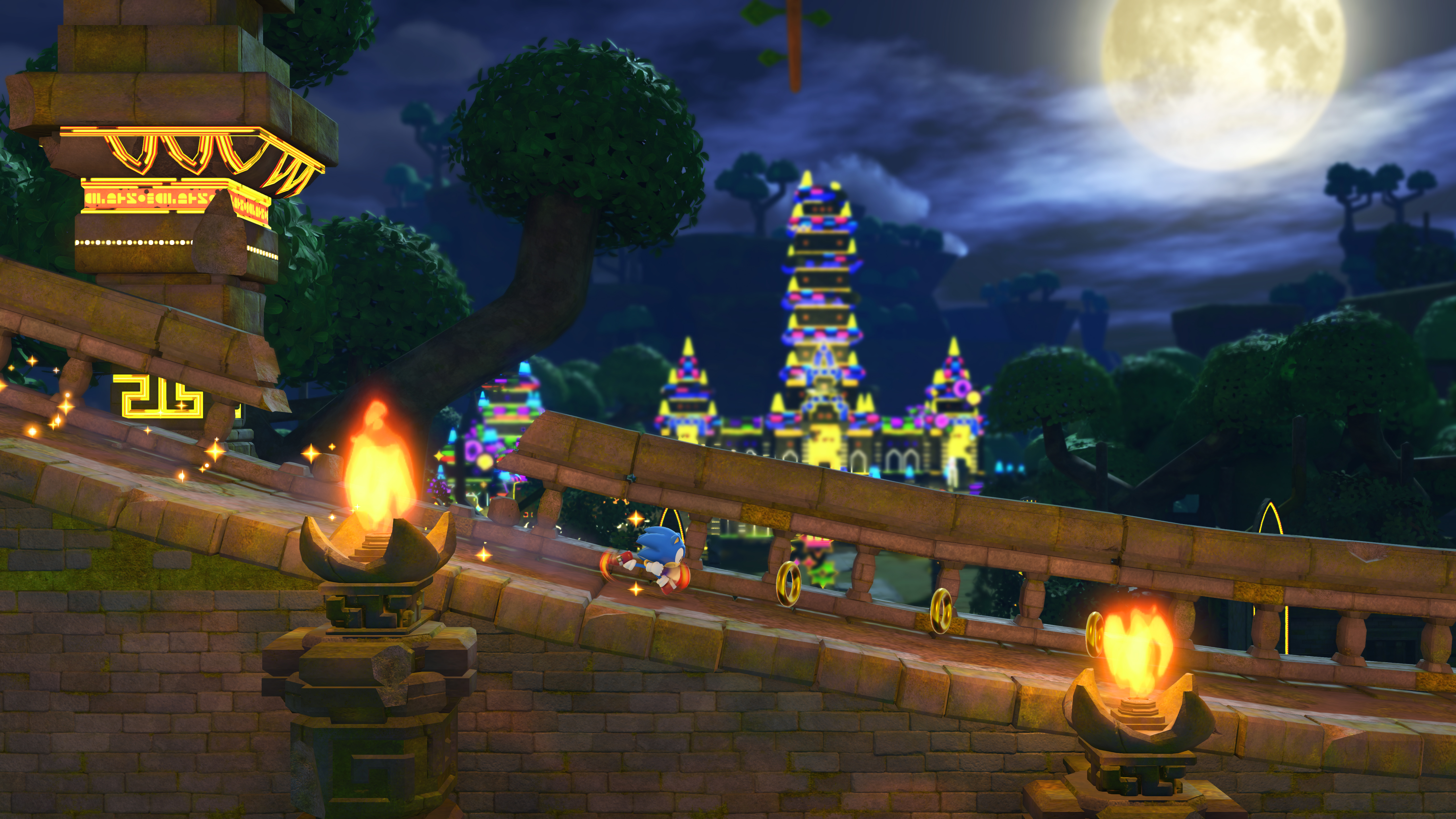 For every positive a negative, mind, so while the environments look nice the cutscenes are properly naff and cringeworthy. Before you say, well, it’s for kids – we’ve got a great, kid-aimed Sonic that’s not cringey in the Sonic Boom cartoon (genuinely, it’s really rather good) – so it’s totally possible to do this stuff well.

Kids that really love Sonic will likely still enjoy Sonic Forces. It’s vibrant and colorful, and the chatter between Sonic and his friends will no doubt keep them engaged. It isn’t a good game but nor is it a bad game – Sonic Forces is the sort of game that can only inspire apathy. It feels like Sonic Team has truly lost their way perhaps even more fully than when they launched the truly awful Sonic the Hedgehog 2006, and maybe it’s time for Sega to let them do something new. Reboot Ristar, or Chu Chu Rocket, or NiGHTS, or make something new, because their approach to Sonic clearly isn’t working for the developers or the game.

In the meantime, we have Sonic Mania. If you let Sonic into your house this holiday season, let him arrive in two dimensions.

Sonic Forces is out now. Tested on the Nintendo Switch.