Update:  The main Amazon deal sold out almost immediately, but you can still get a standard Nintendo Switch for £269.99, or with Mario + Rabbids for £279.99. For our money, the best Nintendo Switch deal right now is a Nintendo Switch with Super Mario Odyssey and Mario and Rabbids Kingdom Battle for £329.99, which you can get from GAME.

This seems to be the big one. Amazon has thrown down the gauntlet to all the other Black Friday sales by offering up probably the cheapest Nintendo Switch bundle we’re likely to see this year.

The deal went live from 3pm and will get you a Nintendo Switch with Super Mario Odyssey for £279.99. We dare say this’ll be popular and won’t be around for long so you might not want to stick around. 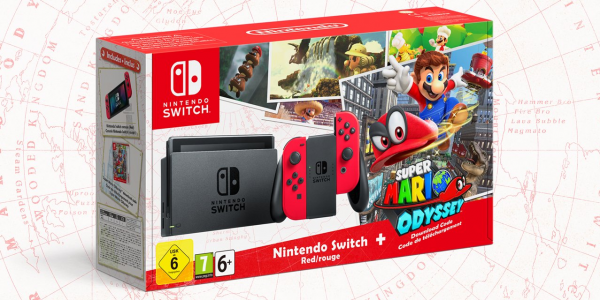 Of course, once you’ve made sure to grab that you might want some other games and accessories, and we’ve got you covered with our best Nintendo Black Friday deals hub, along with our other hubs for the best deals in PlayStation, Xbox and PC to get you through what remains of Black Friday through to Cyber Monday 2017.