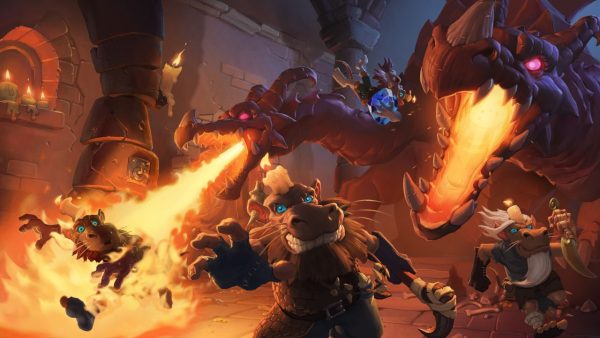 With Hearthstone’s new Kobolds and Catacombs expansion underway, Blizzard has naturally been offering glimpses of new cards here and there. But few reveals have the utter shock and amazement value of Temporus, a new legendary card that lets both players take two turns in a row. Starting with your opponent.

The Temporus card, revealed by Eurogamer earlier today, includes the following text: “Battlecry: Your opponent takes two turns. Then you take two turns.” Presumably your turn ends the second Temporus comes into play, so your defenses will need to be rock solid beforehand. It also requires 7 mana, when the game is pretty far along and you can’t really afford to take a two full turns of punishment. 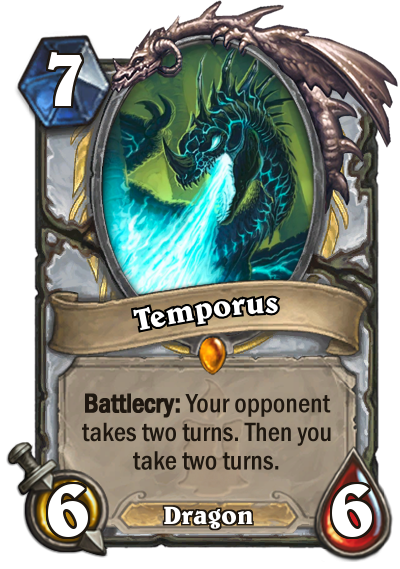 But if you can survive the assault, that late in the game, and will have all kinds of mana to spend? It might just be a winning strategy for certain decks. We’ll find out when Kobolds and Catacombs launches in December.