As Black Friday rumbles on, many retailers have been one-upping each other by piling on the deals, and if you’re in the market for an Xbox One S we may have now seen the best one yet.

Currys PC World are offering a white 500GB Xbox One S with Assassin’s Creed Origins, Star Wars Battlefront 2, Fallout 4, Doom and Forza Motorsport 7 along with an extra controller and three months of Xbox Live Gold for just £250 all in. If you don’t fancy the extra controller or three months of Gold, there’s also a version of the bundle without it for £210.

If Assassin’s Creed Origins isn’t your thing, you can swap that out for Rocket League, Forza Horizon 3 or Minecraft. All the other additions remain the same. 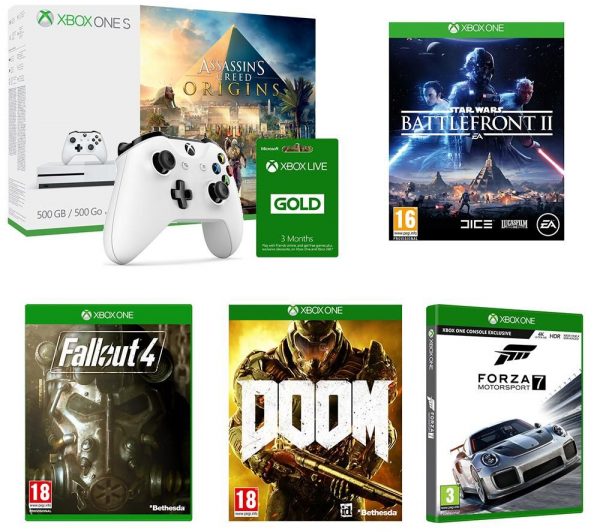