This weekend, Overwatch is free to play for everyone.

Overwatch is free to download and play on PC, PS4, and Xbox One this weekend. The promotion runs November 17-20, and coincides with the arrival of new character Moira.

As is typically the case with Overwatch free weekends, the game’s entire roster of heroes (26) and maps (16) will be available to play in all modes. The rest of the progression systems, from levelling up and unlocking loot boxes to hero customisation will too be enabled.

Obviously, since you’re downloading the full game, you get to keep whatever progress made during the free weekend. You will need PlayStation Plus, and/or Xbox Live Gold to play. 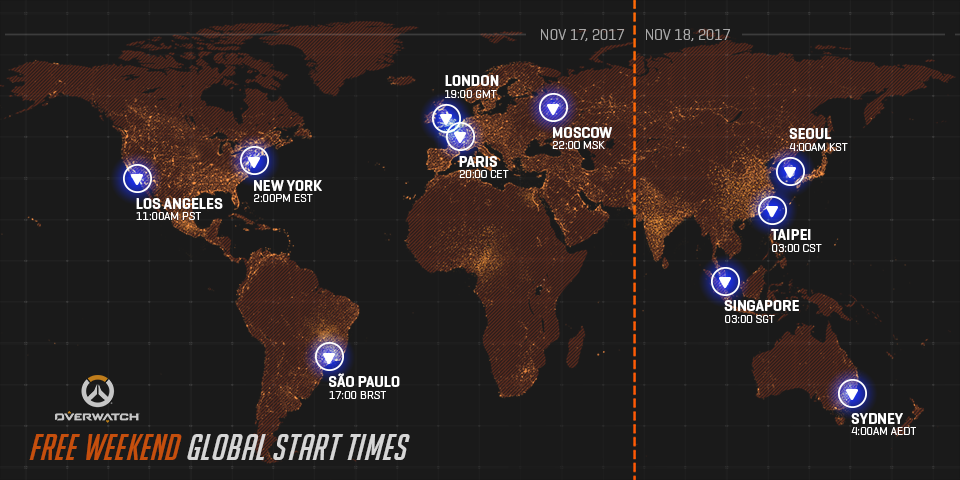 There’s been a lot of Overwatch news recently, thanks to this year’s BlizzCon. Blizzard announced a new hero called Moira, who’s now playable in the game, and a new Blizzard-themed amusement park map called Blizzard World.

As always, remember to be nice to all the new players out there.