Moira went live on the Public Test Realm on November 6, so the turnaround time was pretty fast. In fact, we’ve only known about her existence for two weeks. Expect her to be snapped up immediately in your Quick Play games for the next few days (she won’t be allowed in competitive play for one week so that players have a chance to test her out).

Moira is a David Bowie-inspired support character. Here’s a recap of her powers:

She has an interesting backstory too, but look, odds are if you’re this deep into the article you’re keen to go and play as her right now. Come back and read this after. 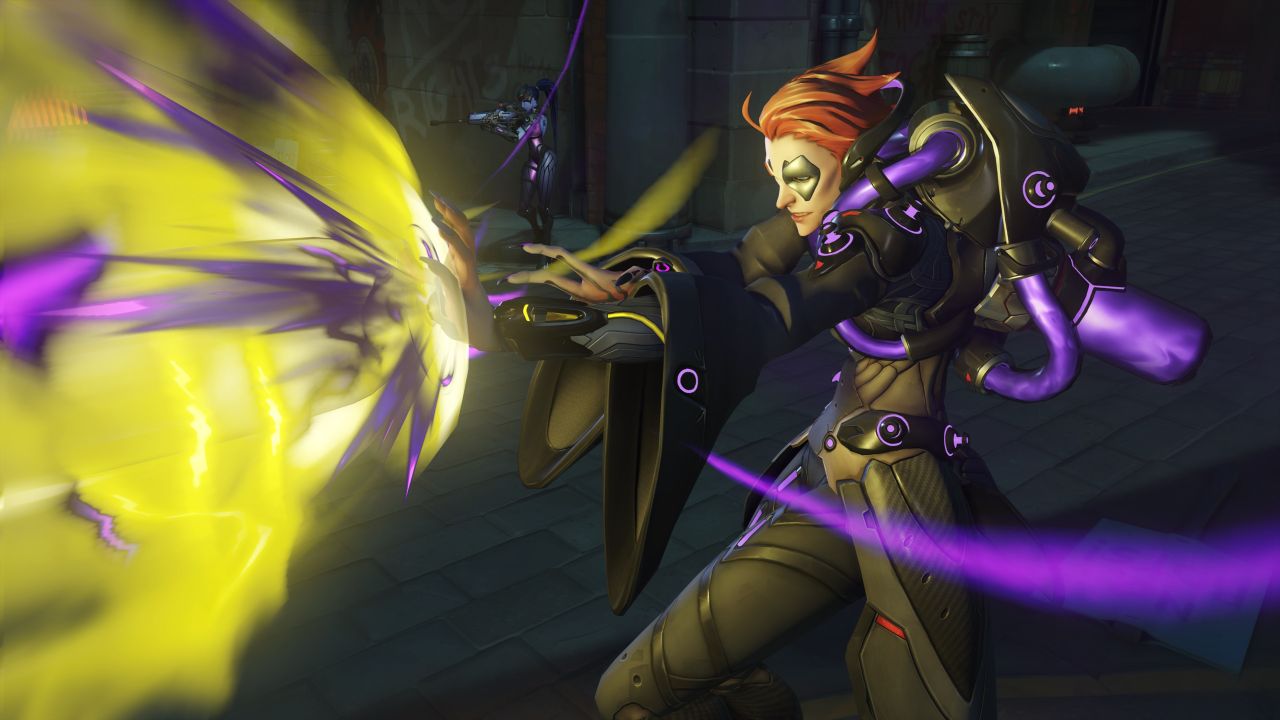 Moira has gone up alongside the latest patch, which introduces a few tweaks and changes too. Here are the character highlights:

Jump in right now and do your best to snag Moira in a match – her mix of abilities sounds super interesting, and we love her design.