There’s a new Pokemon RPG coming to 3DS this week, so Pokemon Go is getting an update to celebrate.

Pokemon Ultra Sun and Ultra Moon is coming out this week (and the special edition is currently on sale), and Pokemon Go players will be able to celebrate with new outfits.

The outfits were announced on the official Pokemon website. Starting today, you can dress your avatar up in the nice, summery clothes popular in the Alola region.

It’s not quite as cool as, say, Ultra Wormholes opening up in the real world for us to find and travel into would have been, but, hey. They’re completely free, which is nice. 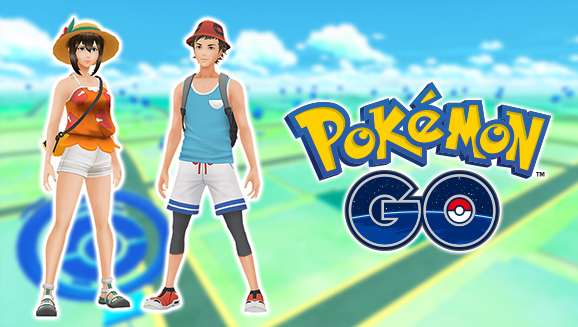 Pokemon Ultra Sun and Moon will be the final Pokemon games on 3DS, before the series heads to Switch for future releases. Pokemon Go, on the other hand, isn’t going anywhere, with frequent updates incoming.

It’s summer here in Australia, so it’s nice that our characters will be dressed in the same way we are as we endure the boiling sun, hoping for that elusive Miltank to appear and justify the 12km walk we’ve just taken. We might be coated in sweat, but our avatars will love nice and breezy.