The Prospector is one of the Exotic grenade launchers in Destiny 2 with a unique perk.

The Prospector is this week’s Xur pick. Although it’s included in the list of Exotic weapons in Destiny 2, it doesn’t get talked about like some of the other Exotics.

The reason has more to do with the state of grenade launchers themselves, which are currently very under-powered compared to the other options you can have in your Power weapon slot.

The Prospector fires Arc grenades, buts it’s the intrinsic perk that makes it interesting. Called Excavation, the perk allows you to control when to detonate the grenades it fires. You hold the button to shoot them, and release to detonate them all. This gets around the bouncy nature of the grenades somewhat, since you can treat them as many rocket launchers. 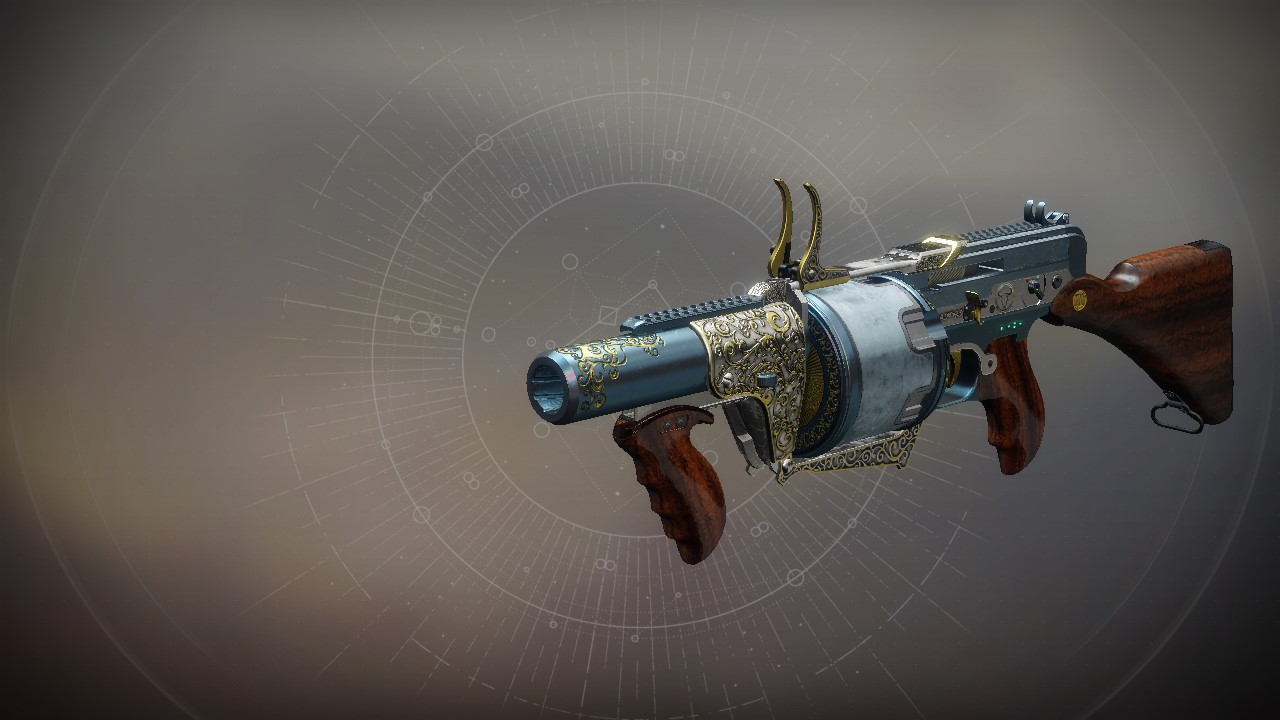 This works well with the Prospector’s increase in blast radius, and a big magazine to boot. You can also hold down the trigger to fire it in full. Overall, it’s a nice explosive package and pretty great for a grenade launcher.

Unfortunately, the sheer number of other options in rocket launchers, sniper rifles, shotguns, and even swords means you can’t sacrifice a Power slot for it. It’s fun to use and isn’t as lacklustre as the rest of the grenade launchers, but it’s not a top priority.