The Legend of Zelda: Breath of the Wild has been updated to version 1.3.3, and one of the changes is the ability to re-purchase rare gear from Grante in Tarrey Town.

Nintendo released update 1.3.3 for The Legend of Zelda: Breath of the Wild yesterday.

Along with various fixes, the update adds support for the four Champion amiibo which release tomorrow, November 10.

As stated above, the update allows the player to re-purchase rare gear from Grante in Tarrey Town. The only caveat is the items will need to have been discovered previously. Otherwise, Grante won’t carry the equipment (thanks, Nintendo Life).

Breath of the Wild update 1.3.3 also includes the Xenoblade Chronicles 2 side quest and Rex’s outfit. 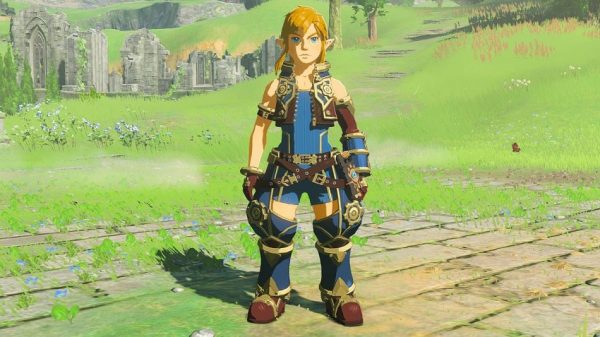 In order to access the quest and earn Rex’s duds, once the update is downloaded, fire up Zelda: Breath of the Wild and look in the Adventure log. This is where the Xenoblade Chronicles 2 quest is located. We explain here you how to start and complete the quest to earn the Salvager Armor.

The update also fixed an issue with Hero’s Path Mode in which “x marks” weren’t recorded with version 1.3.0 or later.