The Battlefield 1 November update’s biggest new addition is the Operation Campaigns mode, which stitches together multiple Operations for a big campaign. The first Campaign is called Eastern Storm, and will be available later this month.

The Operations UI will change to reflect the currently active Campaign. Each campaign will task you with completing specific Operations, and there’s a certain score you must reach before you finish the a campaign. They’ll be time-sensitive, though, but finishing every Operation on time earns you a Battlepack.

The other big feature is the addition of HDR support for PC, which is compatible with Dolby Vision HDR standard. Finally, as promised, the Nivelle Nights map has been unlocked for all players. 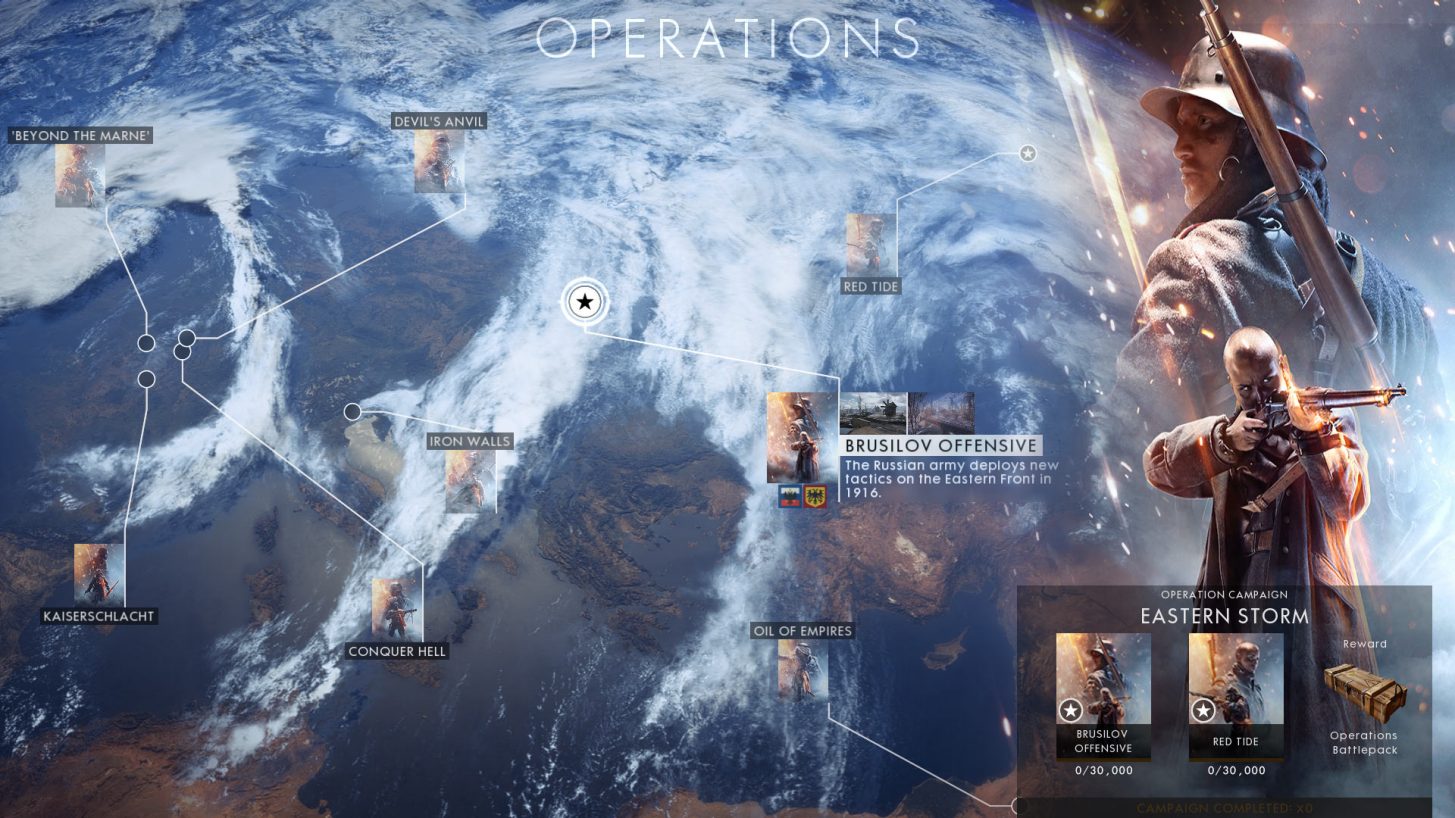 See all patch notes below: