If the Xbox One X reverses one game’s status on Microsoft’s platform, it’s Final Fantasy 15.

Back when Final Fantasy 15 launched in November of last year, the Xbox version of the game honestly did look a bit of a pig. It was good that Square Enix had got their monstrous Frankenstein’s Monster of a video game up and running on two consoles at all, but the Xbox version really did look quite a bit worse, from aggressive dithering around hair down to a lower resolution and just jaggier, worse-quality visuals. If you wanted to play FF15, you’d only play it on Xbox as an absolute last resort – but now that’s all changed.

On the Xbox One X the game runs brilliantly thanks to a new 7.9 gigabyte patch to update it for the new, powerful machine. Indeed, the Xbox One X is now arguably the best console on which to play FF15. Microsoft can consider that a big upgrade and a big win. 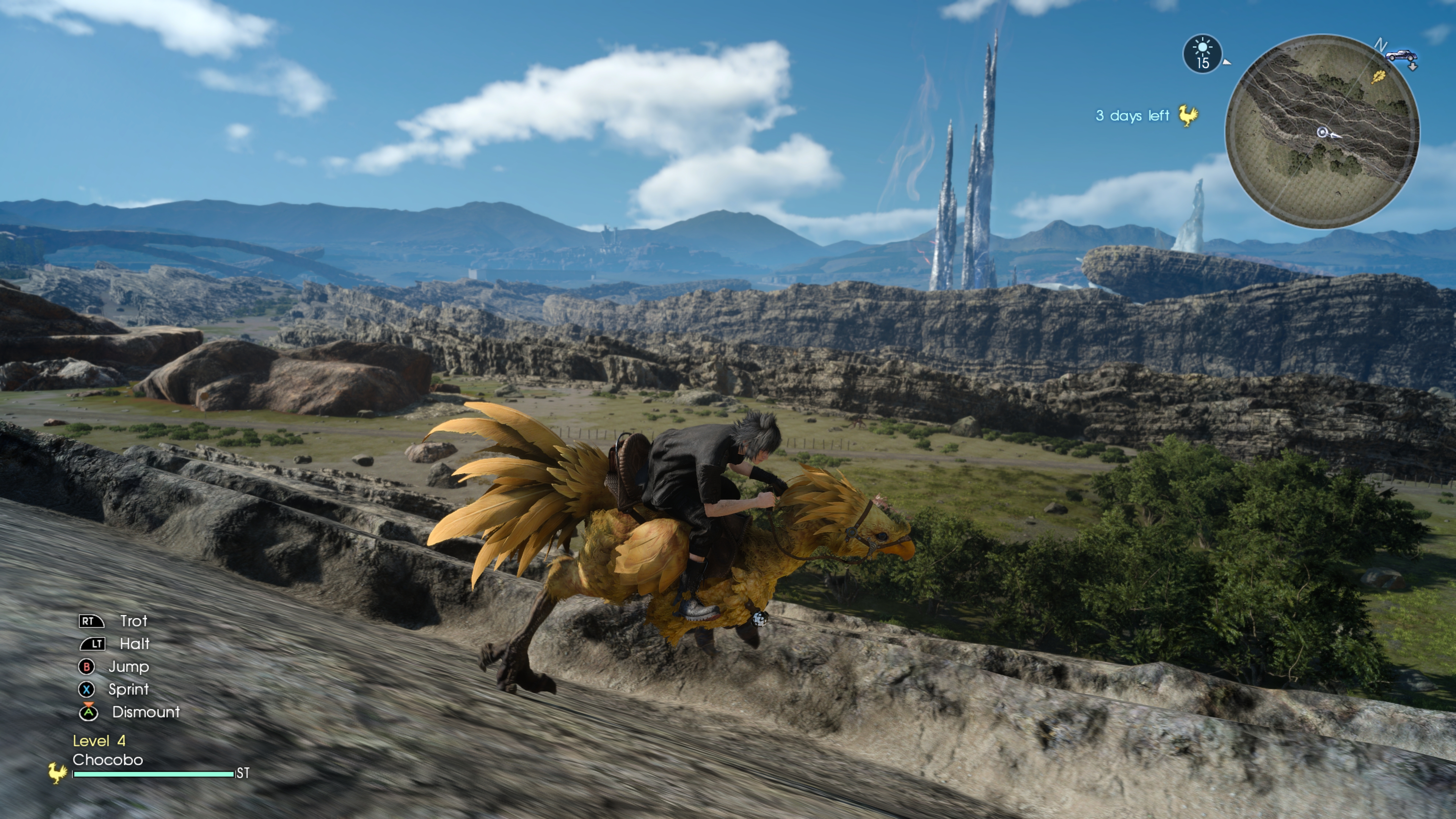 Truth be told, the Xbox One X version of FF15 is actually very similar to the patch PS4 Pro users have had their hands on for months now, but the additional power of Microsoft’s impressive new piece of hardware means it offers up the same options with a little more oomph.

When you hop into FF15’s menus you’ll be presented with three different options depending on what sort of experience you prefer. These options were present on PS4, too, but every one of them looks and runs better on this new Xbox hardware.

High mode is basically a high-resolution mode that prioritizes frame rate over anything else. This mode doesn’t render at full 4K (that’s 2160p, for the record) but instead renders at 3K (that’s 1800p, or 3072 x 1728 pixels) before using a checkerboard upscaling solution to bring the image you see on your display up to a full 4K. While this isn’t quite the native 4K managed by the likes of Forza, Gears of War and Killer Instinct from Microsoft’s first party it is a decent resolution and looks pretty damn good on a screen in action. The frame rate in this mode will be as mixed as it was on the regular PS4, however.

Lite Mode takes things in the opposite direction: it strips the game’s resolution back down and reduces the quality level of the visuals as a result, but the game then shoots to output the game at the highest frame rate possible, making this a focused high-performance mode. It’s a shame to report that even with the extra power of Xbox One X this mode can’t reach a solid 60fps, but it’s still a significant frame rate rise from the High mode or the regular Xbox One.

Finally, the Stable Mode was added to the PS4 version via a patch but comes as a default on this Xbox update. This mode finds a balance between the two modes above, aiming to offer the game at a stable, locked frame rate with an increased level of detail but not one to the same degree as high mode.

All three modes look pretty decent, and while the frame rate can still stutter as you explore FF15’s open world and get into high-tempo fights, I think the High Mode is a seriously impressive bit of engineering and patching work when you consider how the original Xbox One version of the game looked. It’s honestly difficult to believe this is running on the same family of hardware at all.

This lines up with our general impressions of the Xbox One X: it’s a box of wonders, an incredibly impressive piece of work from Microsoft that continues to have a bit of a software problem – but the hardware is now very impressive. It’s more than a little late coming, but for now FF15 can be added to the list of games that run best on Xbox One X – at least until the PC version of the game lands early next year.