It initially launched on Friday alongside the game, but after WW2 struggled with server issues, Sledgehammer only allowed single players to access Headquarters.

At the time of writing, Headquarters is up and supporting multiple players on PC and PS4, although Activision has yet to officially announce the fix. It may be patchy for some, so don’t be surprised if there’s still a few issues depending on your format and location. 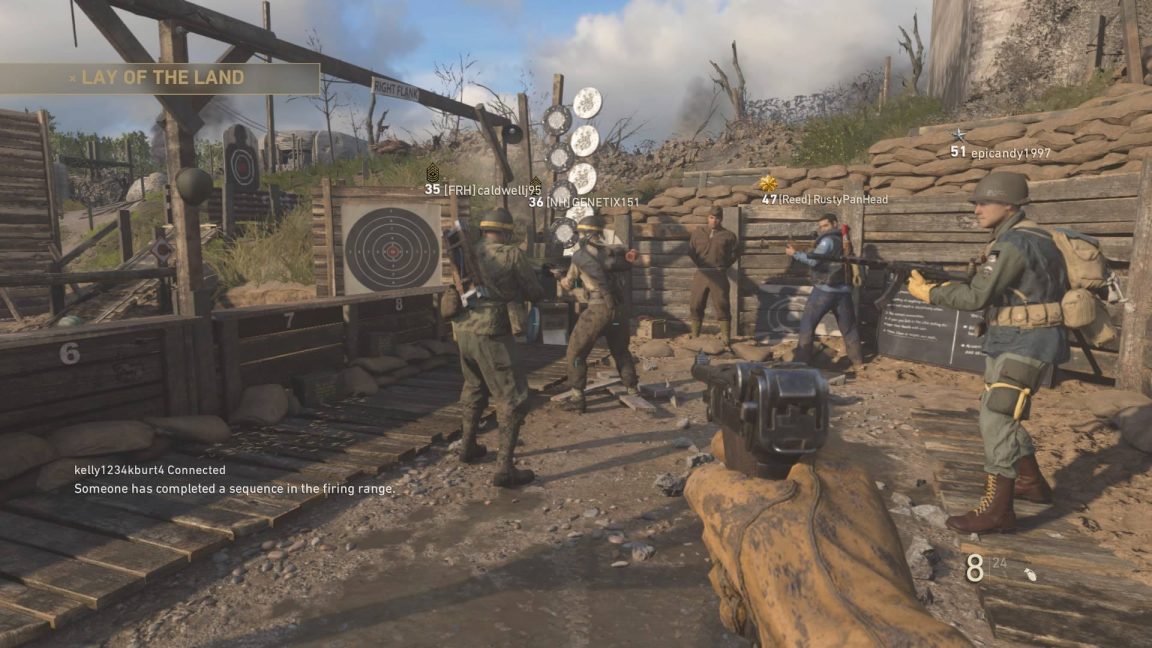 That means any Daily Orders that require you to support other players are working again. Go get ’em.

The HQ social space allows up to 48 players to mingle, check out each other’s loot opening, practice Scorestreaks, go 1-on-1 with another player (or spectate on others), get some target practice in, create an emblem, customise your guns and play some old Activision arcade games.

If you’re jumping back into Call of Duty WW2 multiplayer, you might want to check out these handy tips on creating the best loadout, grabbing the best weapons and Division choice.