Here’s some more information on World of Warcraft: Battle for Azeroth, the new cinematic trailer and some screenshots.

The next expansion to World of Warcraft, Battle for Azeroth, was announced at BlizzCon 2017 today alongside a new cinematic trailer.

Blizzard cinematics are always kick ass trailers, and this one is no exception. You should give it a watch as it provides some backstory on the next expansion.

According to the storyline, Azeroth has paid a “terrible price” to end the march of the Legion’s crusade. These events have “shattered trust between the Alliance and Horde,” reigniting an age-old conflict between the two.

In Battle for Azeroth, Alliance players will travel to the seafaring kingdom of Kul Tiras, home of Jaina Proudmoore, seeing help with their cause.

Here, they will “untangle a web of betrayal and dark magic,” while encountering pirates, witches, sea priests, and more.

Explorable areas include Tiragarde Sound, the high plains and forests of Drustvar, and the inland canals of Stormsong Valley as you convince this fractured kingdom to join your cause.

Horde players (why would you choose anything other than Horde?) will journey to the empire of Zandalar to recruit more for its side of the cause. This is a troll-dominated area full of “ancient evil” being dished out by blood-troll worshippers, large dinosaurs, and titan constructs.

Players will adventure through the oldest city in Azeroth, Zuldazar, as well as the swamps of Nazmir and deserts of Vol’dun.

That said, the two Alliance and Horde war campaign storylines will lead players to the opposing continent.

As reported in the Battle for Azeroth reveal post, World of Warcraft player will be able to choose six new playable Allied Races – four of which were encountered in the Legion campaign.

Players will try to earn their favor and upon doing so will and unlock each race which will start at level 20. Those who create a new character and complete the full leveling experience will earn a Heritage Armor set.

Four of these races have been revealed as: Highmountain Tauren (Horde), Nightborne (Horde), Void Elf (Alliance), and Lightforged Draenei (Alliance). The others are the Zandalari Troll (Horde) and Dark Iron Dwarf (Alliance). 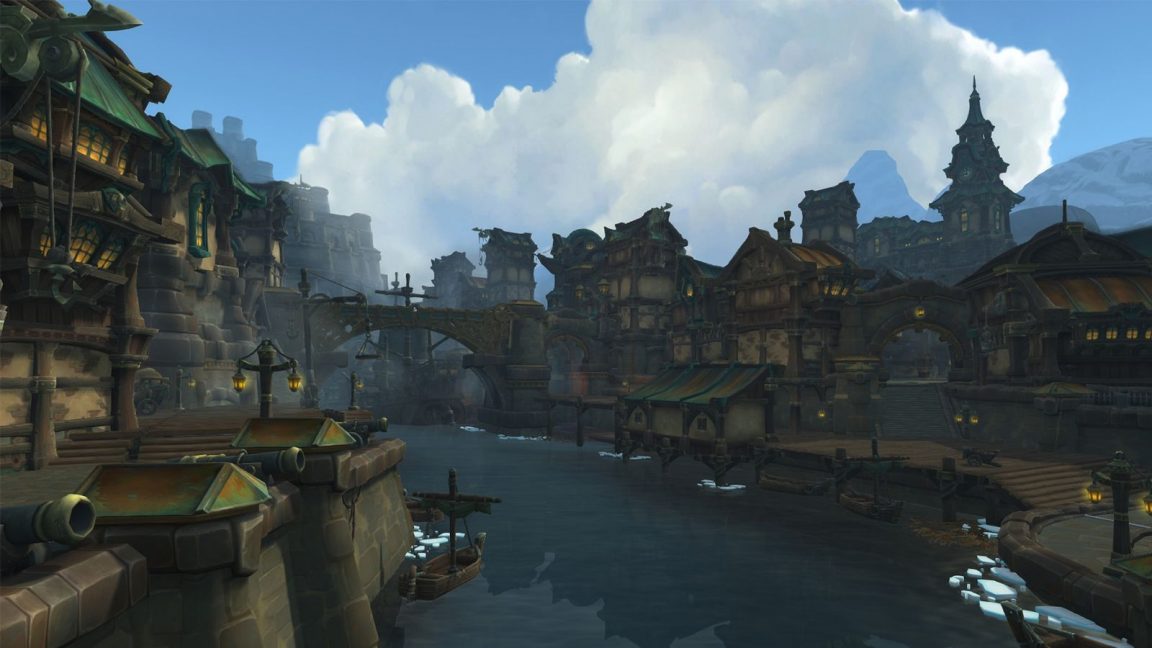 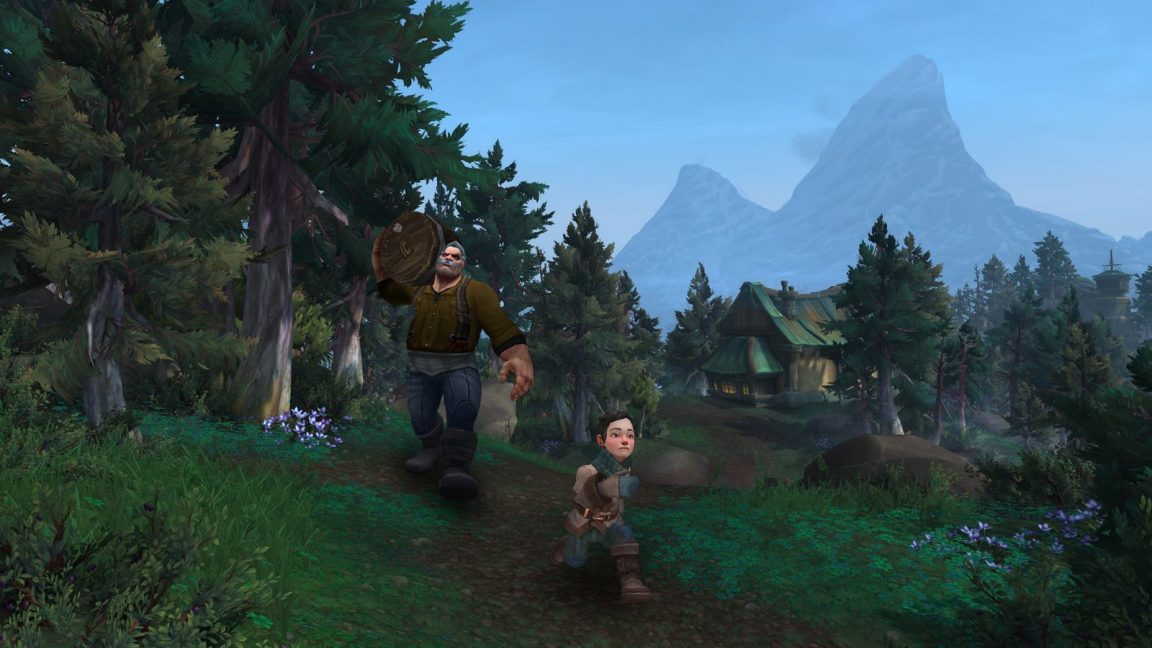 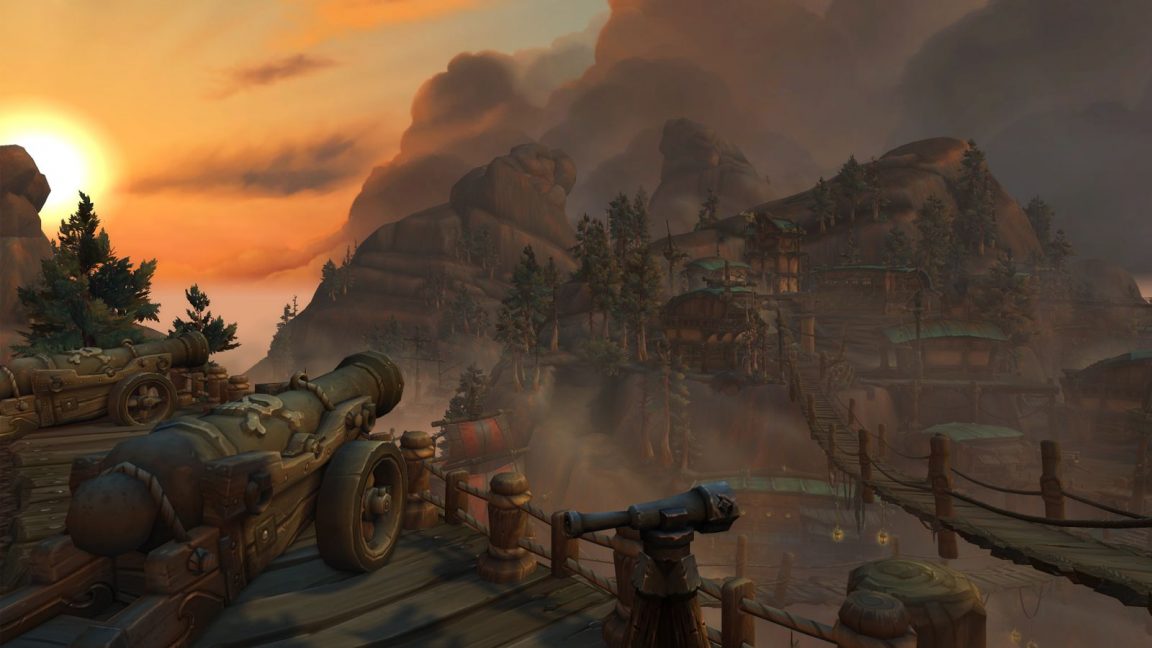 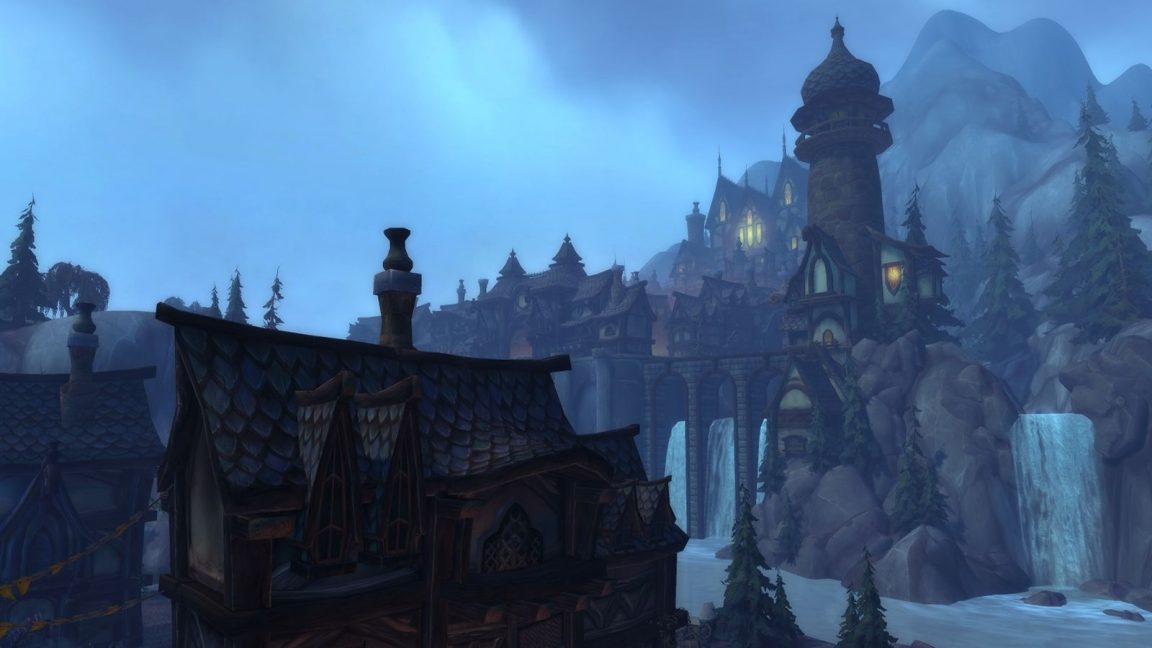 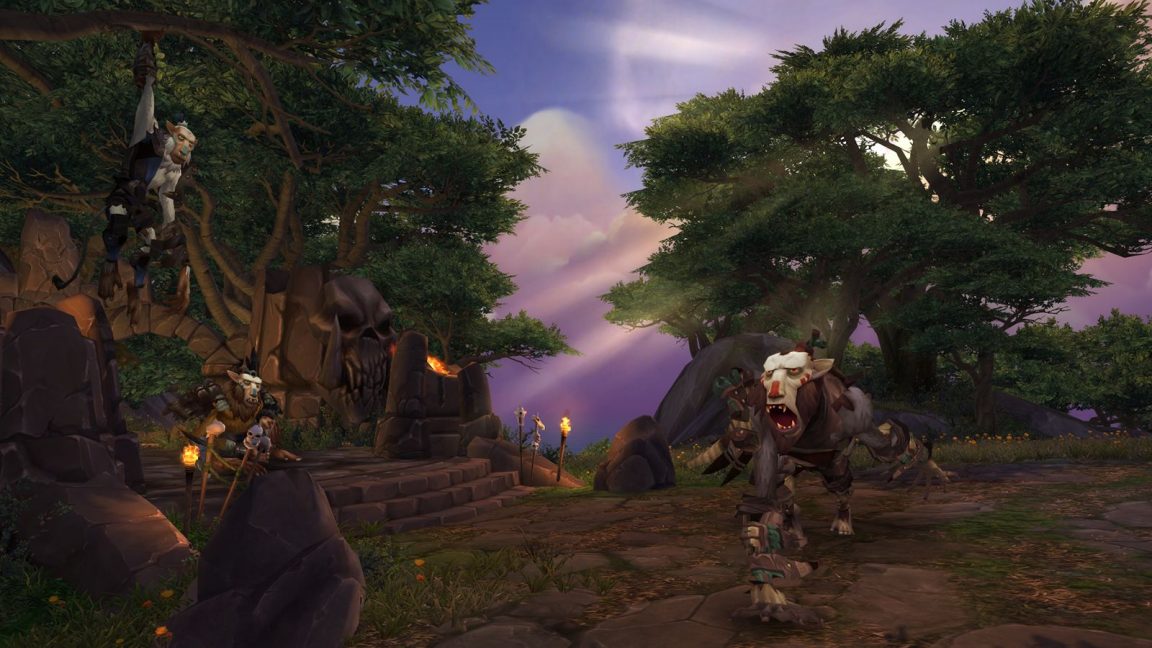 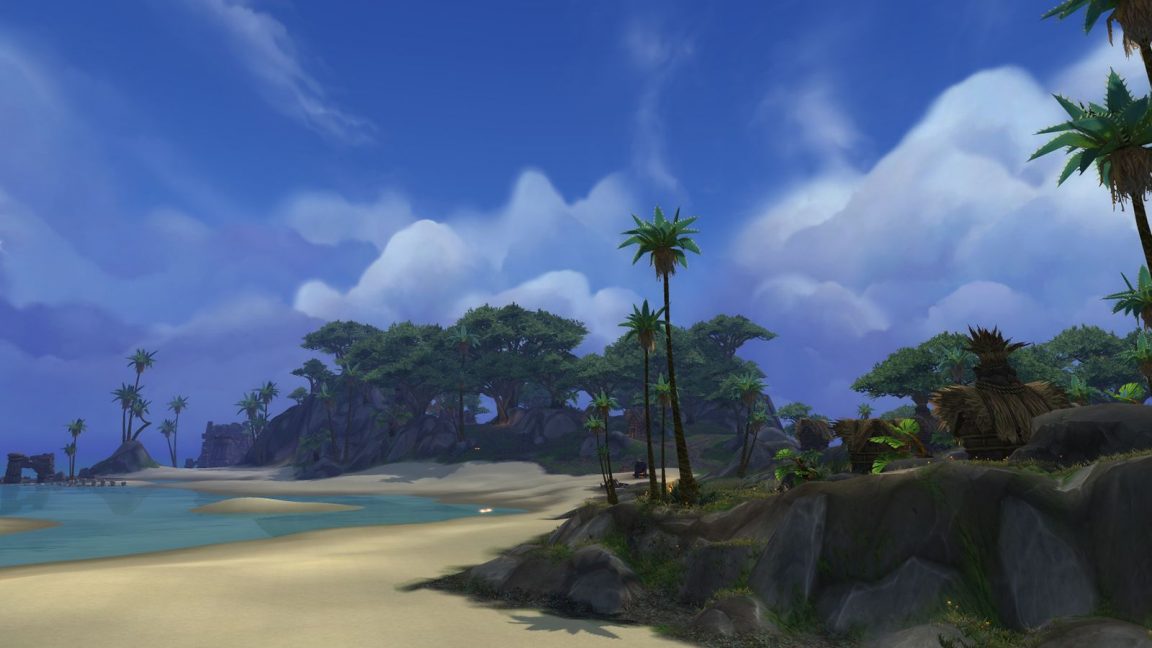 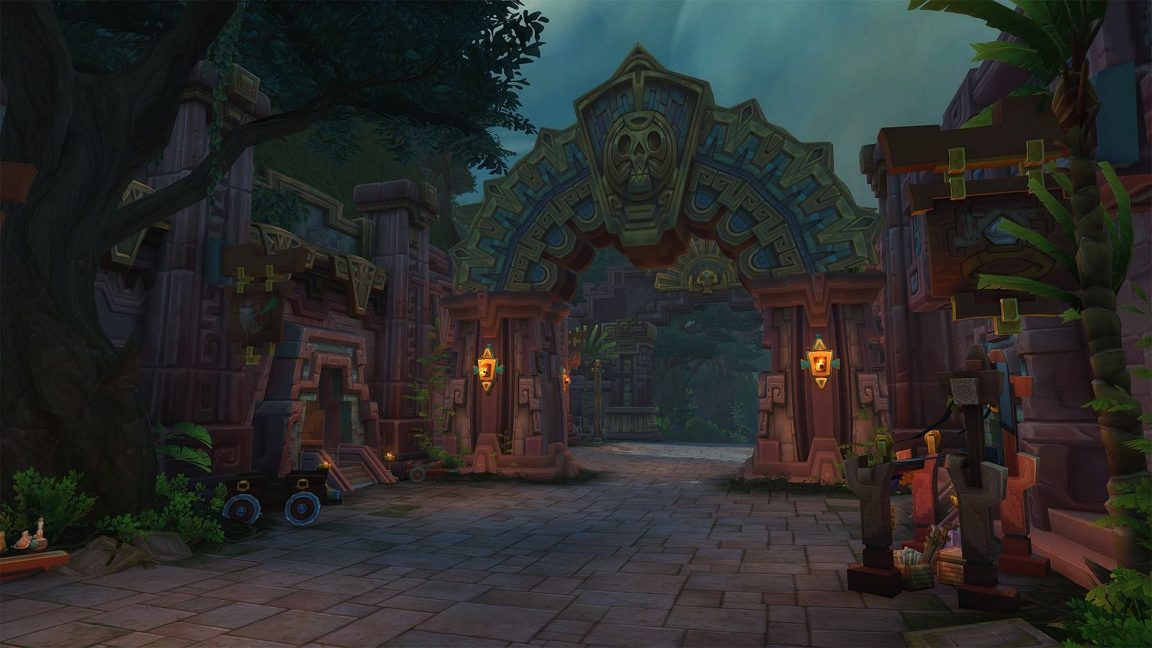 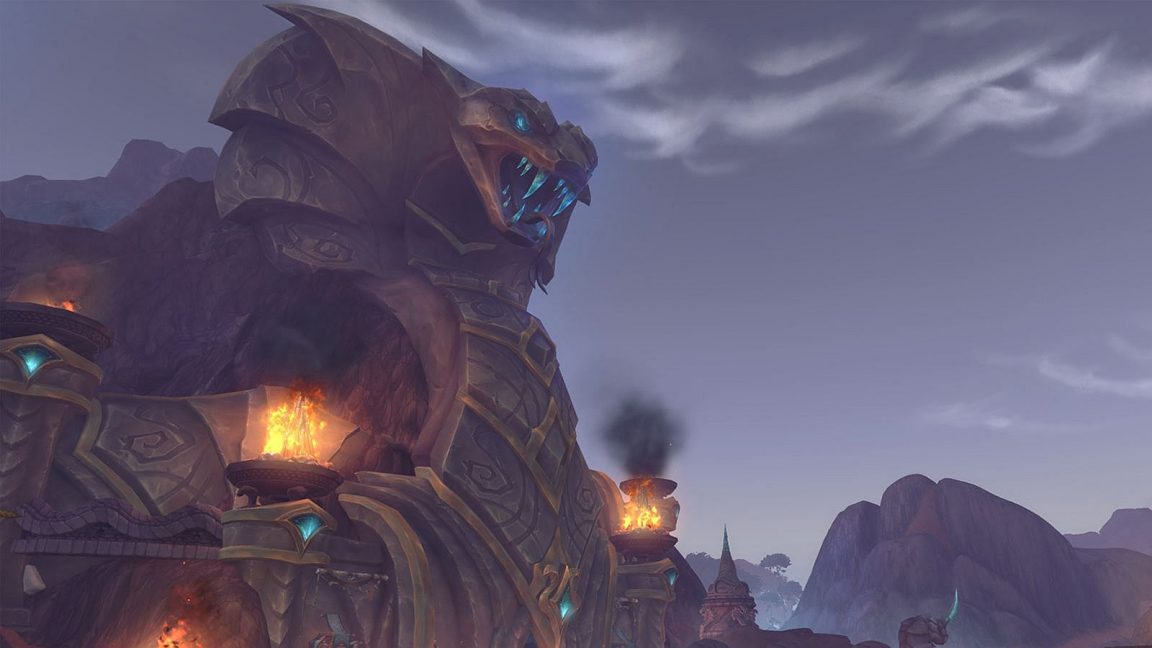 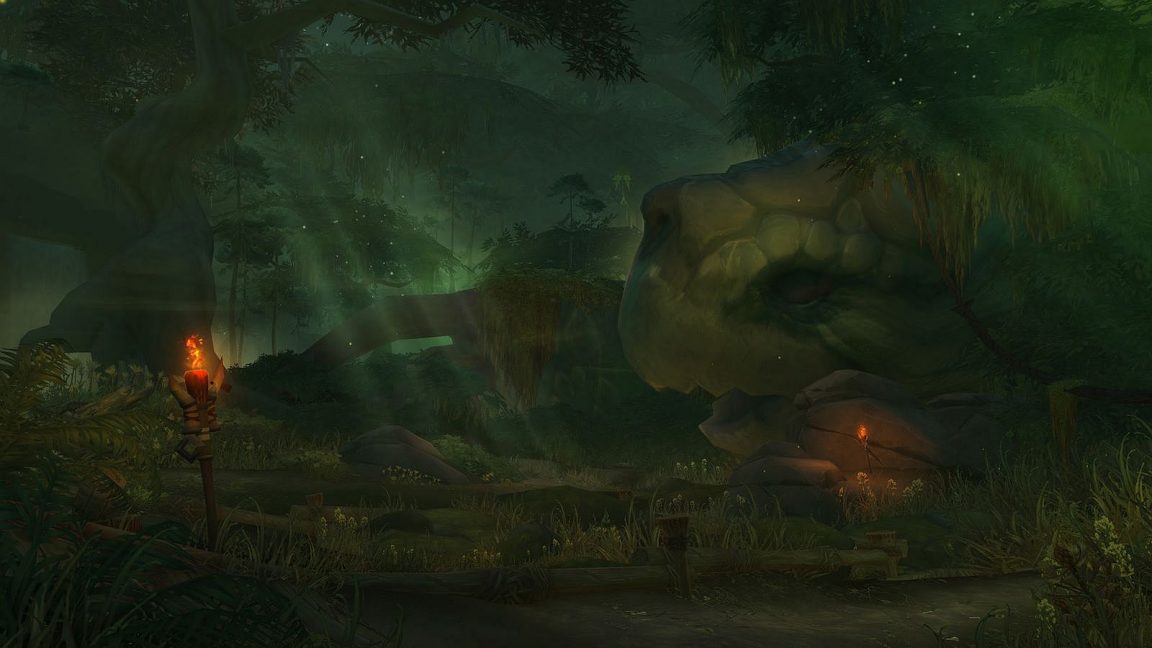 Battle for Azeroth will see players battling it out in groups of three to collect island resources across previously unmapped islands of Azeroth. The battle will feature ever-changing enemies, environments, and objectives. Battle against intruders or enemy players across the frozen landscapes near Northrend, through an abandoned Gilnean castle, or get caught up in a battle between elementals. Sounds like a load of fun, honestly.

The expansion will also feature Warfront, 20-player cooperative PvE battles reminiscent of RTS favorite Warcraft. Here, players will build up their faction’s forces, and try to conquer an objective by siege against enemy commanders.

In all, the expansion will contain six new zones with new World Quests, new World Bosses, new raids, and dungeons such as the city of Atal’Dazar, and the town of Freehold. The level cap has been raised to 120 and players can also use the Heart of Azeroth neck piece and imbue it with Azerite to customize their armor with new powers and traits.

It all sounds very exciting for World of Warcraft players.

A release date for the expansion wasn’t provided, but it’s expected sometime next year. World of Warcraft players will be able to try the expansion out via an upcoming beta by opting in through their Battle.net account.

A section of Battle for Azeroth is playable on the show floor this weekend at BlizzCon.