I’m really liking the Xbox One X, but the Xbox Store and Operating System can still be a bit of a nightmare.

Over in my generally very positive review of the Xbox One X I briefly make reference to the console’s operating system. It runs better, I note, going on to say that the new design of the operating system feels like “something that sits comfortably at the intersection between style, convenience and performance” – but that slick new design still chugs and still has problems, even on the Xbox One X.

“When it crashes out, it does so hard,” I wrote. All that power just can’t solve every problem, it seems. 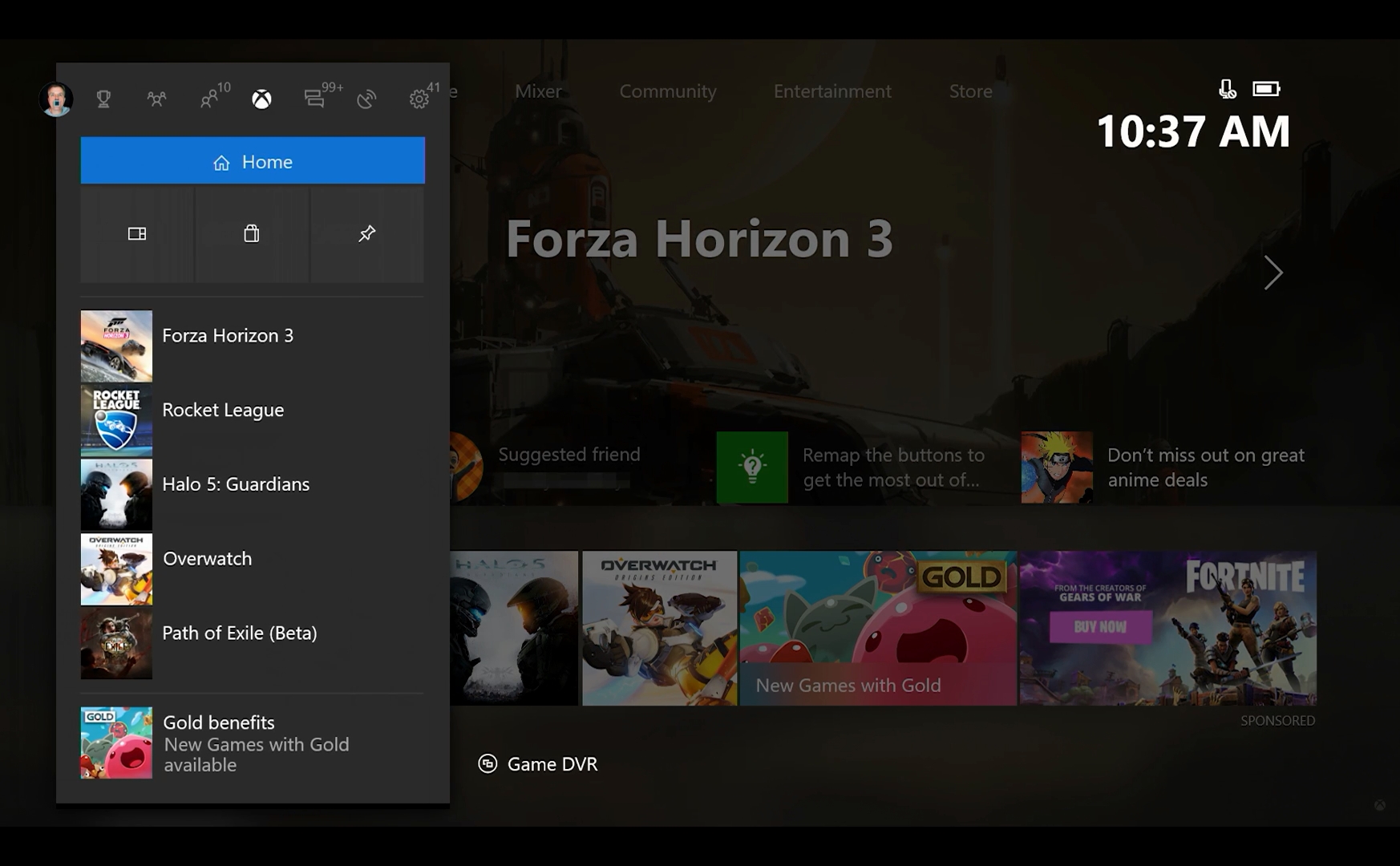 I’ve spent most of today wrestling with the Xbox One X operating system and the difficult, unreliable Microsoft store. This is the sort of thing I’d usually just let go, but the frustration has been such that I now feel compelled to write about it – especially in light of my glowing review earlier. It honestly feels like a bit of a joke, and it’s the sort of thing that can seriously undermine just how good the X is.

When the new Xbox operating system works as advertised, it’s much better. It moves more quickly and smoothly on my Xbox One S and performs even better on the X, the extra power paired with a generally better, streamlined design that’s easier to navigate to make for a much better experience. When it goes wrong though, boy, it goes wrong.

This is really what separates it from the PS4’s operating system, which is in my opinion an inferior design (my opinion, so if this has you tempted to furiously light up the comments please consider taking a chill pill) that also generally runs rock solid, or the Switch’s bland and bare-bones offering. The Xbox has the best offering with the advent of this new design and the potential speed boost offered by the improved S and X models of the hardware, but when it malfunctions… well, good luck.

My first malfunction came when I was in the process of transferring files and redownloading games to the Xbox One X. The system transfer works pretty well, and I actually did what Microsoft suggest: I downloaded my profile and a few select games to an external hard drive and plugged that into the X, greatly expediting the process of getting set up. All I had to do was enter my Microsoft account password and I was ready to go. I was able to transfer more games across from my S over my home network, something that saves a great deal of time and bandwidth. All of this was a pleasure and a breeze. 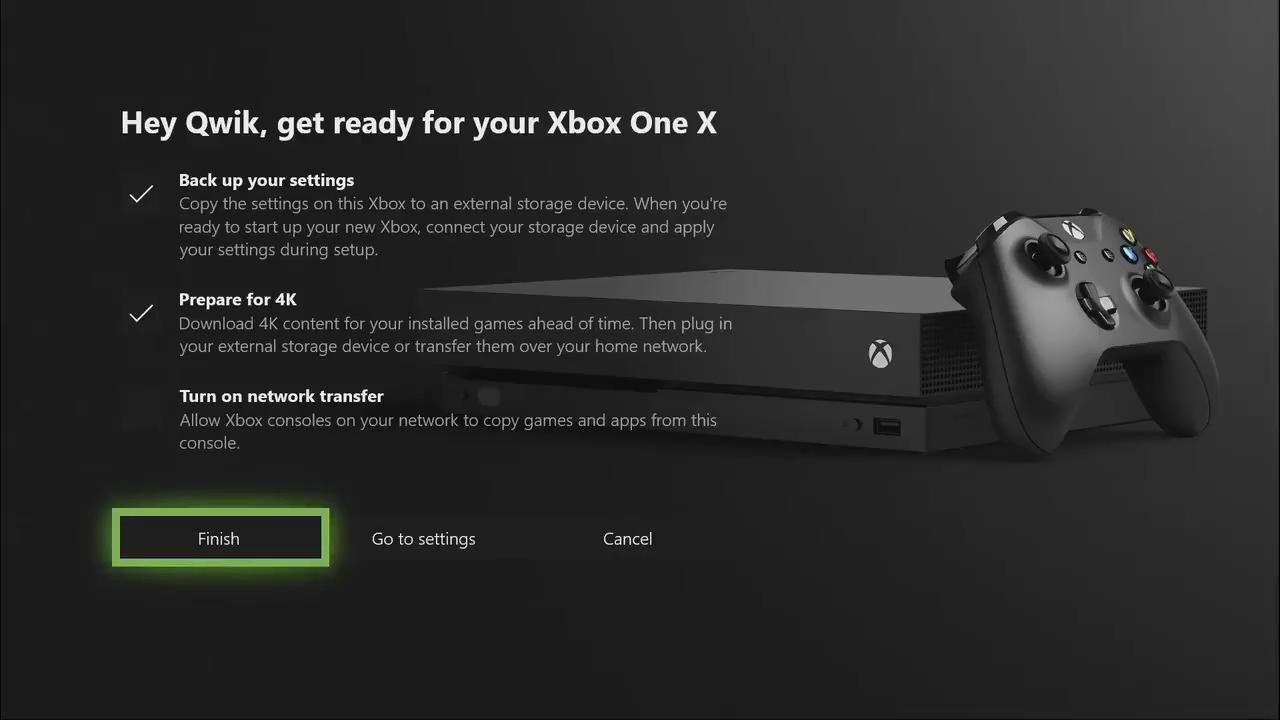 It was after I’d downloaded Rock Band 4 and all my DLC (because who knows – maybe at some point there’ll be an impromptu party where it’ll come in handy) that things started to go wrong. I wanted to transfer RB4 and its DLC to my external hard drive, but the Xbox refused to do it. In fact, the Xbox locked up entirely as far as the hard drive went.

I could boot games, reboot the system, navigate the operating system and do all that stuff, but I found myself entirely unable to manage anything storage-wise. I couldn’t delete, I couldn’t move. I tried to download Netflix and it stalled as if both hard drives were full despite having a total of more than 2 terabytes free. The library-style My Games and Apps program would struggle to load and then crash. In the end, I had to wipe the Xbox One X entirely and start again. Frustrating, but it worked fine the second time and not everybody has nearly 800 pieces of DLC for one game – so I just carried on, making a small note of the error in my review. No big deal.

The issues have continued today. I’ve got a digital pre-order for Call of Duty WW2, but the Xbox One won’t unlock it. We’re now something like 16 hours removed from the game’s launch, but it’s still marked as ‘pre-ordered’ in my account. A lengthy exchange with Microsoft Support has offered no help beyond the vague promise that there’s a general problem with COD that’ll be fixed in the next 24 hours. Okay.

That’s fine, I figure – I’ll pick up another game, maybe an old 360 game, and see how it’s enhanced by Xbox One X. Are the load times improved? It’s difficult to find out, because the Xbox Store won’t load. I can get to the main screen, but then any time I try to search or browse it kicks me to a black screen and eventually errors out. Sometimes it’d give me an error, sometimes it’d stay blank-screened until I quit out of the store app. Suddenly I can feel the gears of Windows 10 turning beneath the OS – suddenly, it feels less seamless. Then, as quickly as it’d broken, it was suddenly fixed. Alrighty then.

Apart from COD: WW2 everything is now working brilliantly again, in fact. The Xbox One X is thus the excellent console described in my review once more – but after publishing a glowing review this morning today has been a stark reminder that power can only take you so far – polish is also a must, and the Xbox operating system still has a way to go. At least it’s at its best it’s been so far now – long may the improvements continue.