Alongside the many other ways to get XP bonuses and supply drops in Call of Duty: WW2, Activision is offering another free drop just for playing the game.

Call of Duty: WW2 has gone live all over the world, and to keep people interested, Activision announced the Pathfinder Pack. The pack includes a collection of in-game items free to anyone who plays multiplayer before November 17.

In it, you’ll find a an exclusive helmet and calling card with the stylised Sledgehammer logo, three supply drops, a token for bonus weapon XP, and another for bonus division XP. 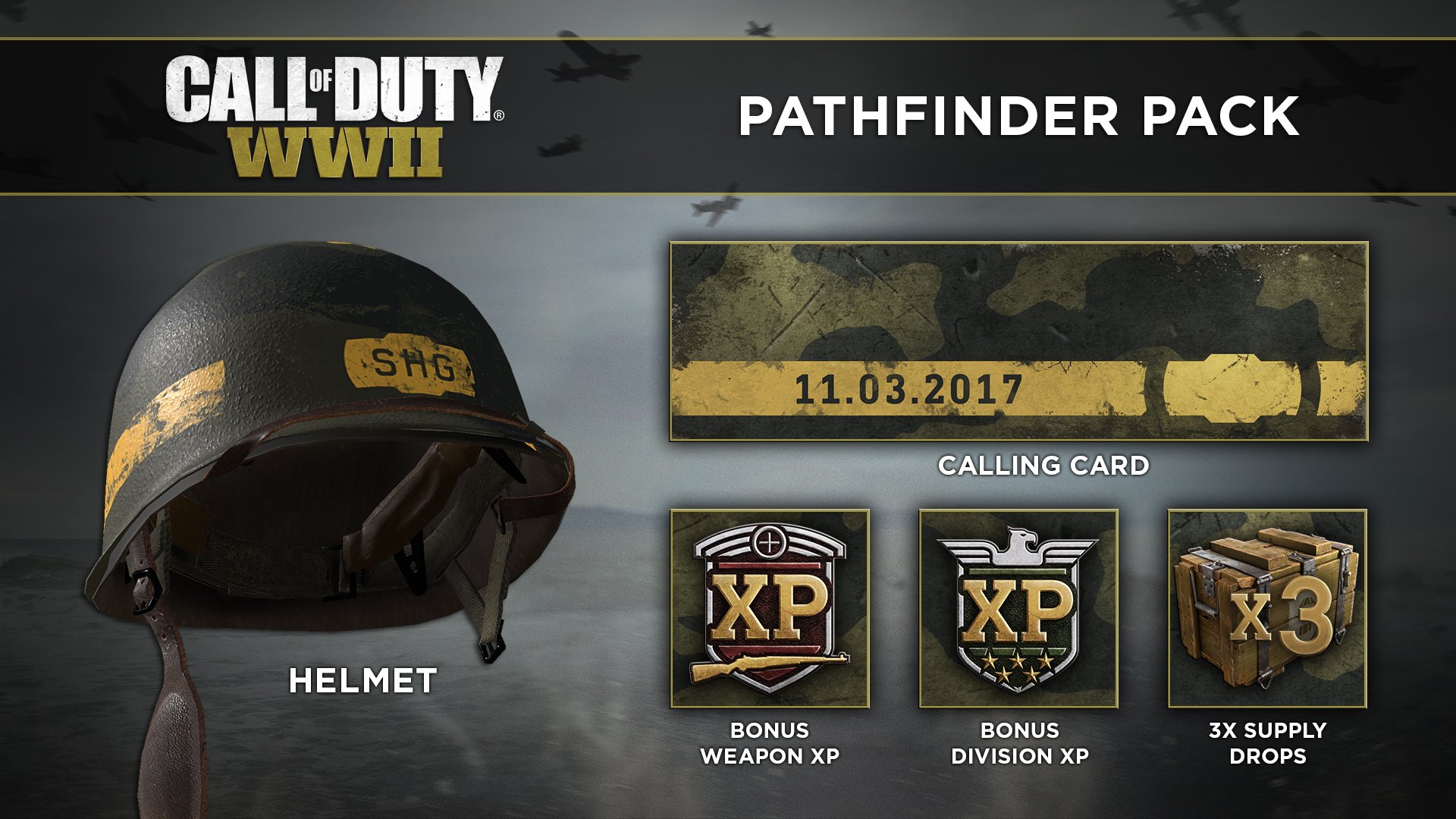 The Call of Duty: WW2 launch has been relatively smooth, except for that nasty Code 103295 error. Reviews are glowing so far, too.

We’ll bring you more updates later today on supply drops. In the meantime, take a look at these early multiplayer tips to get started.