Assassin’s Creed Origins makes the most of its Ancient Egypt setting by let us raid a series of tombs and monuments. It’s really worth your time.

The tombs in Assassin’s Creed Origins are among some of the most atmospheric and iconic locations in the game, and well worth a visit just for that even if you weren’t a little obsessed with ticking off the game’s whole checklist as soon as possible.

On top of that, Ubisoft clearly had a lot of fun with the tombs in Assassin’s Creed Origins – there are some neat little puzzles, and you’ll learn a lot as you work out how to navigate the dark recesses. (Remember, hold D-pad right to pull out a torch, and hold it near braziers and sconces to light them.)

The goal of most tombs is to check out an ancient tablet. Some also contain an ancient mechanism, however, which you can activate with silica. Doing so gives you a little story content, and it’s worth doing these in order. We’ve left those tombs for last on the list so you can

There will be some slight spoilers on this page, so if you’d rather explore on your own head back to our Assassin’s Creed Origins guide and look for something else to help you out today. 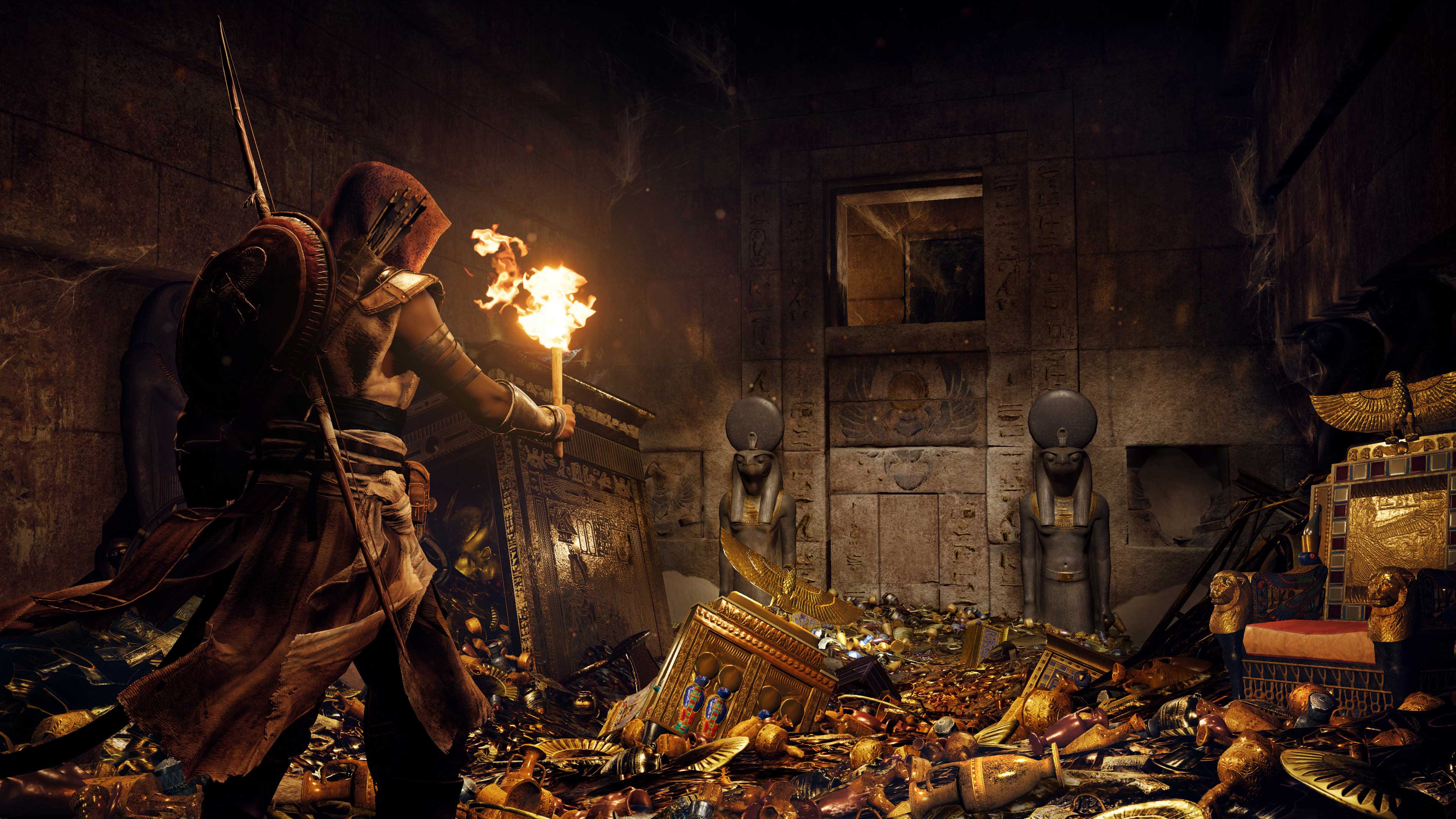 Mountain of the Dead

Tomb of the Cynic

Tomb of the Nomads

The tombs below contain Ancient Mechanisms and should be tackled in order for maximum story comprehension.