Assassin’s Creed Origins sends the Phylakes to humble you, but you can, will and should triumph so you can score some epic gear.

Phylakes are the most dangerous human foes in Assassin’s Creed Origins, and if you accidentally come face to face with one unprepared, you’d be forgiven for thinking they’re invincible.

You won’t meet Phylakes in Assassin’s Creed Origins until you’ve finished the main quests in Alexandria, but once you attract their attention you’re stuck with them for the rest of the game – or until you put them down.

Powerful, heavily armoured and very dangerous bounty hunters, the Phylakes hunt Bayek remorselessly, roaming back and forth through their chosen territories. You can tell where Phylakes are and look up their name and level by checking the world map for the red, horned helmet icon, but if you’re busy with missions or side content, at any moment you may hear the horns and receive a warning that one is bearing down on you. Once they’re on the loose, Phylakes will also respond to beacon fires lit by guards in forts in their territory – and wow, that can really ruin your day.

The first time you beat up a Phylake you’ll score the sidequest Phylakes’ Prey, which charges you with defeating them all. Each Phylake is carrying a legendary weapon, so it’s really worth doing – but there’s a good reason the recommended level is 40. By defeating certain Phylakes you can also score the Black Hood outfit – see below for details.

On this page, part of our Assassin’s Creed Origins guide, we’ll give some general tips for dealing with Phylakes, detail each Phylake and the legendary weapon they’re carrying, and finally explain how you cna get the Black Hood outfit. 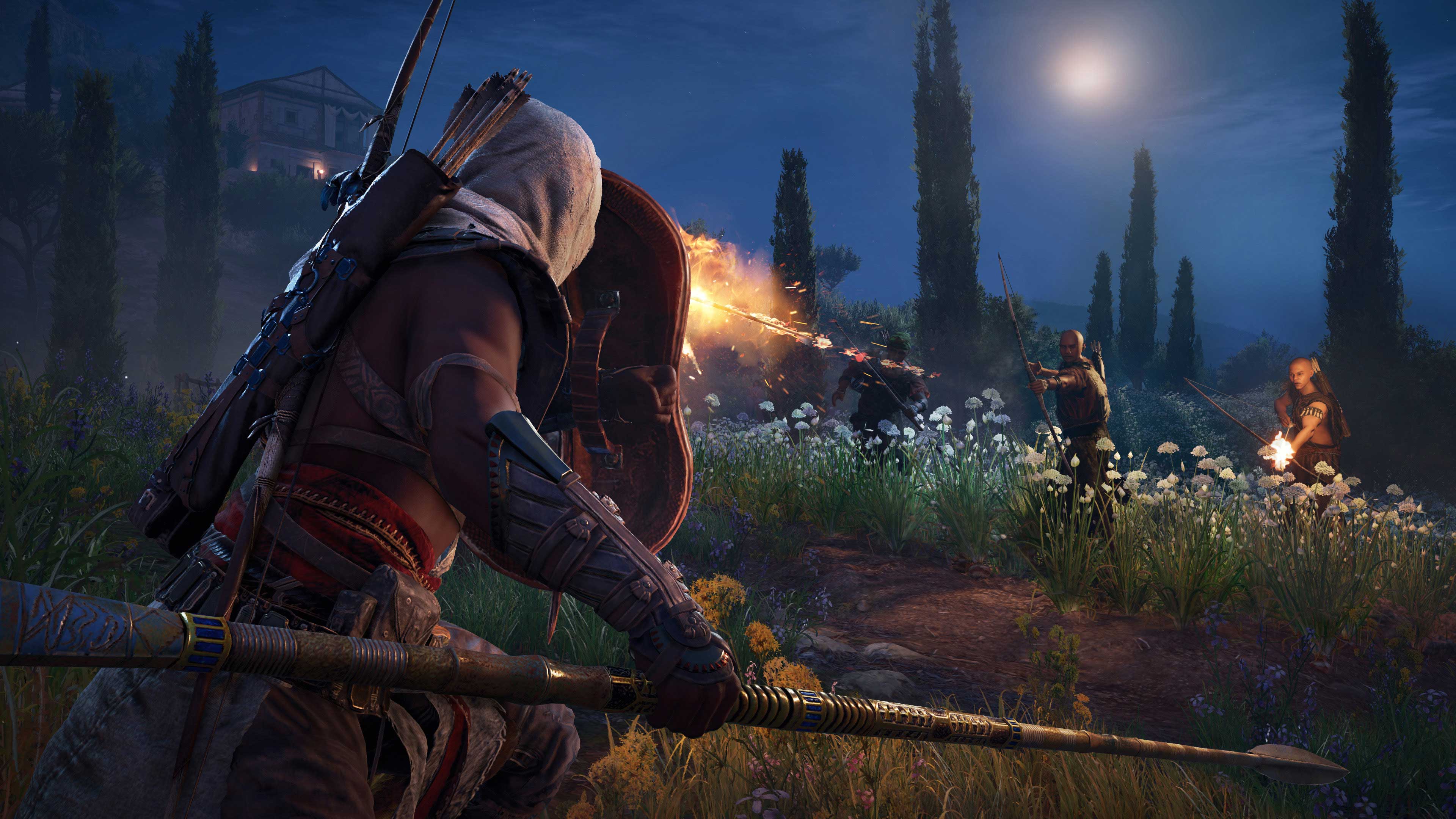 How to beat Phylakes

Step one in beating the Phylakes is preparation. The lowest level Phylake is The Stranger, and he’s level 20 – so don’t wander up if you’re anywhere below level 18, even if you’ve been taking out higher level grunt enemies. Level up as much as you can.

As well as ensuring you’re at the appropriate level, you should upgrade your equipment via crafting – especially your hidden blade, glove, bracer and breastplate – and get hold of the best weapons and shield you can. This is a good time to outlay the drachmae necessary to bring your favourite legendaries up to current level. Bleed and poison effects are a big help. Oh, and make sure your ammo is full.

You should also practice duelling and invest in some of the Warrior abilities. The Phylakes are very, very difficult to kill from stealth unless you’re very over-levelled, and you’re pretty likely to end up in combat. Make sure you can use charged heavy attacks, and get used to dodging rather than blocking attacks, since Phylakes will easily break your guard and stagger you.

When you’re ready to go, start by shadowing your target for a while. Try to corner them somewhere remote, preferably with lots of verticality and cover, so you’re less likely to be interrupted by packs of other enemies. (Take out any nearby animals before you start!)

How you start depends on the landscape and the state of your equipment and build. Approach the Phylake very cautiously and see if you get the “assassinate” prompt rather than the less delightful “sneak attack”. If so, well done! You clearly prepared very well, and can laugh all the way to the bank.

If not, it may be worth sneaking away again and picking another approach. If you think the Phylake will be very close to death a hidden blade sneak attack is certainly one way to open the fight, but if not, and you’re not confident about duelling, it’s better to get some distance between you and go for a headshot with a predator bow. If you open the battle with an arrow from up high, there’s a chance you can evade the Phylake and get another few shots in while he hunts for you – maybe avoiding a duel altogether.

If it comes to open swords, consider using firebombs; a little extra damage doesn’t hurt. Just be careful not to set yourself on fire by hitting the Phylake while you’re at close quarters, or because the environment lights up.

The duel itself will be tough. Focus on dodging to the sides and getting in one or two light hits at the end of the Phylake’s attack, then backing off and repeating, rather than going for full combos. The speed of your chosen weapon will determine how many swings you can afford to make before retreating. It’s all a bit Dark Souls, honestly.

Here’s an update: turns out you can beat Phylakes very easily indeed if you have Hepzefa’s Sword. This is the only easily obtainable melee weapon with the On Fire buff, and you get it for completing The Final Weighing. You can buy it from the Hidden Ones Bureau after completing the full campaign if you dismantled it, and it’s well worth upgrading to maximum level.

Anyway, fire is the only status effect that really works against Phylakes, and the easiest way to inflict it on them is to ride up on your mount and whack them with your sword. Once on fire, which should only take a few hits, the Phylake will dismount (if they weren’t already) and you can just ride around them in small circles whacking them over and over again.

Watch out for heavy attacks, which have a chance to knock you and your mount over – but otherwise it’s very, very easy to cheese Phylakes with Hepzefa’s Sword, and of course you can always just run away and call your mount again. 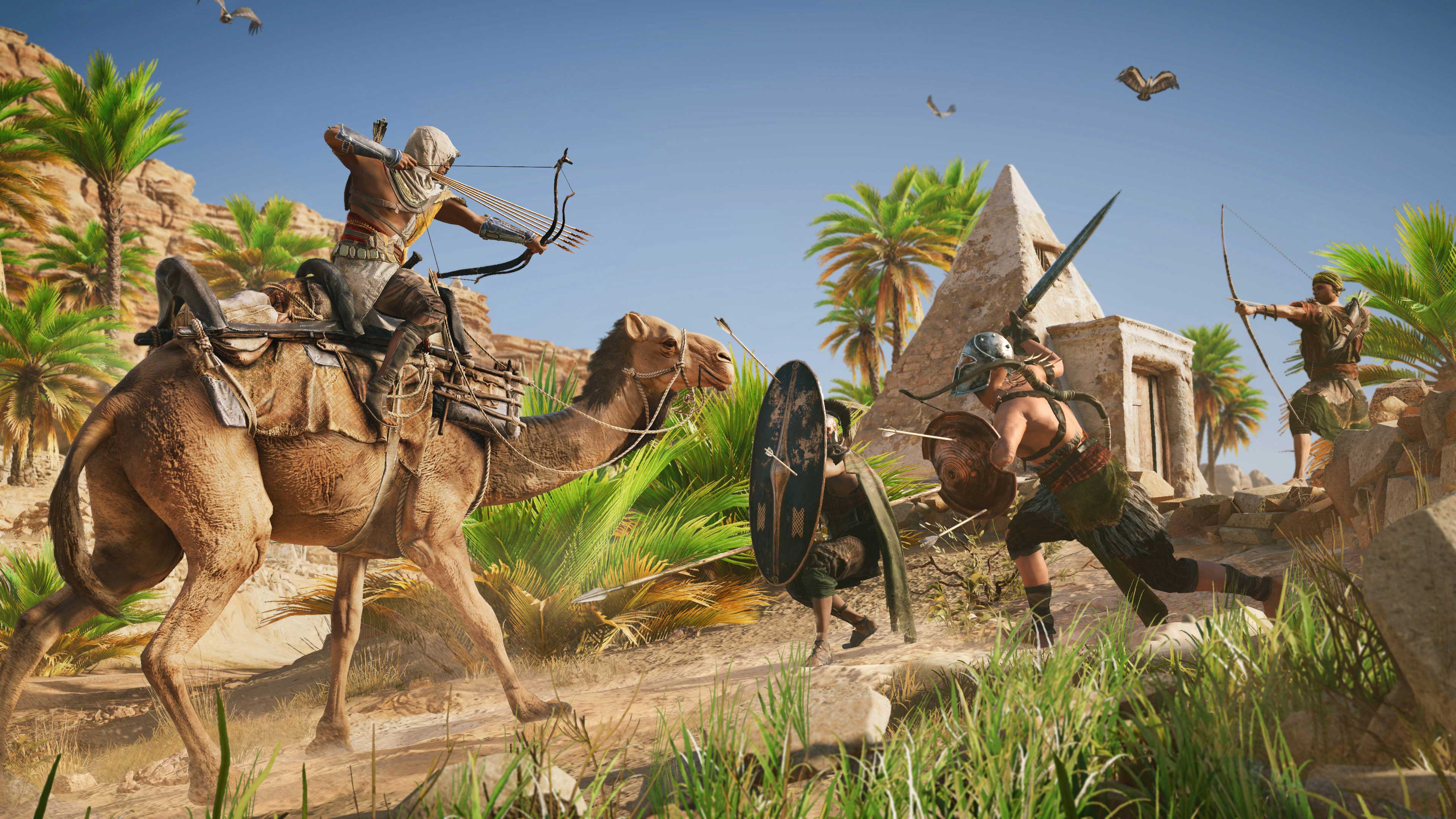 There are ten Phylakes to challenge in Ancient Egypt. Here’s the deal on each of them: 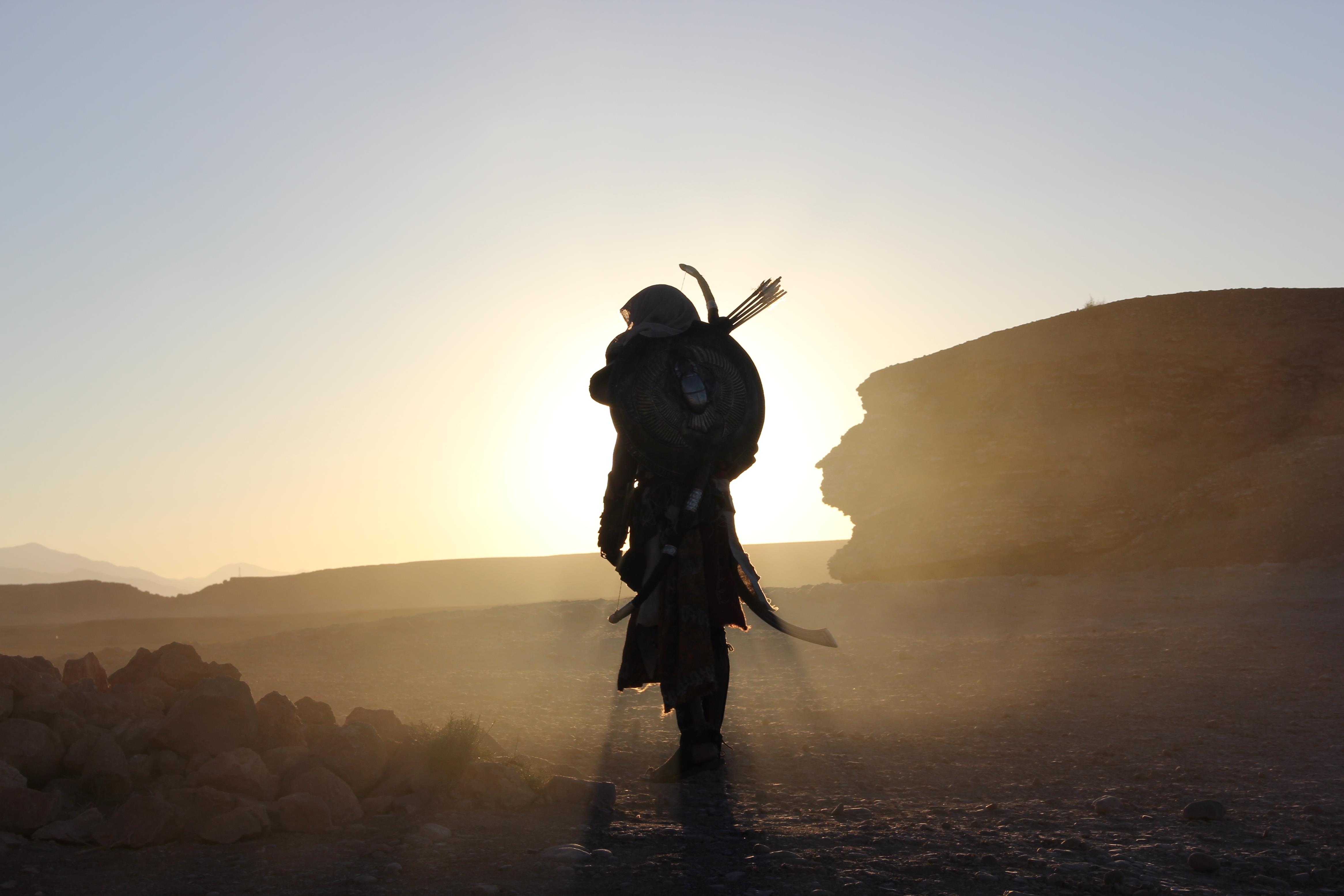 Four of the Phylakes are carrying items you will need if you want the Black Hood outfit, one of Assassin’s Creed Origins’ most striking costumes.

At level 28, The Stranger is the easiest to dispatch – but you’ll also need to take down The Hill (32), Half-Horn and The Galatian (40), making this a real endgame quest.

Each of these four Phylakes will drop Ornamental Keys. Once you have all four, you’ll be directed to Yw Huts, a coastal village near Herakleion. Here you can use Senu to locate an NPC called Abar, who offers one last challenge before the Black Hood is yours.

You’ll have to dispatch a group of level 40 crocodiles to complete this objective, so it’s worthwhile taking it slow, pulling the crocs one by one, and running away if things get hectic. Once you beat them all, return to Abar for an update.

With the fifth and final key in hand you can head to the marked area, scout out the chest with Senu. and then dive down to grab the Black Hood. “Easy”, yeah?