Destiny 2 is the best-selling console game year-to-date in the US. Half of all console full sell-through was digital, setting a new record for Activision-Blizzard. Also, Overwatch has 35 million active users.

Activision-Blizzard announced today Destiny 2 was the best selling console game of the year, reiterating the latest NPD report for September 2017.

On the call to investor’s Activision reiterated there will be more content developed to support Destiny 2 than content in the original Destiny, starting with the first expansion Curse of Osiris. It releases on PS4, Xbox One and PC December 5.

If you missed the  first trailer for Destiny 2 expansion Curse of Osiris just give that link a click and be sure to watch our breakdown of what you’re seeing in it.

In its third-quarter 2017 financial report, Activision-Blizzard revealed it had 384 million Monthly Active Users (MAUs) during the quarter, down year-over-year (yoy) from 482 million million MAUs.

For Activision, the Q3 online player community was the largest in its history, with a record 49 million MAUs. This is up from 46 million during the same quarter in 2016. 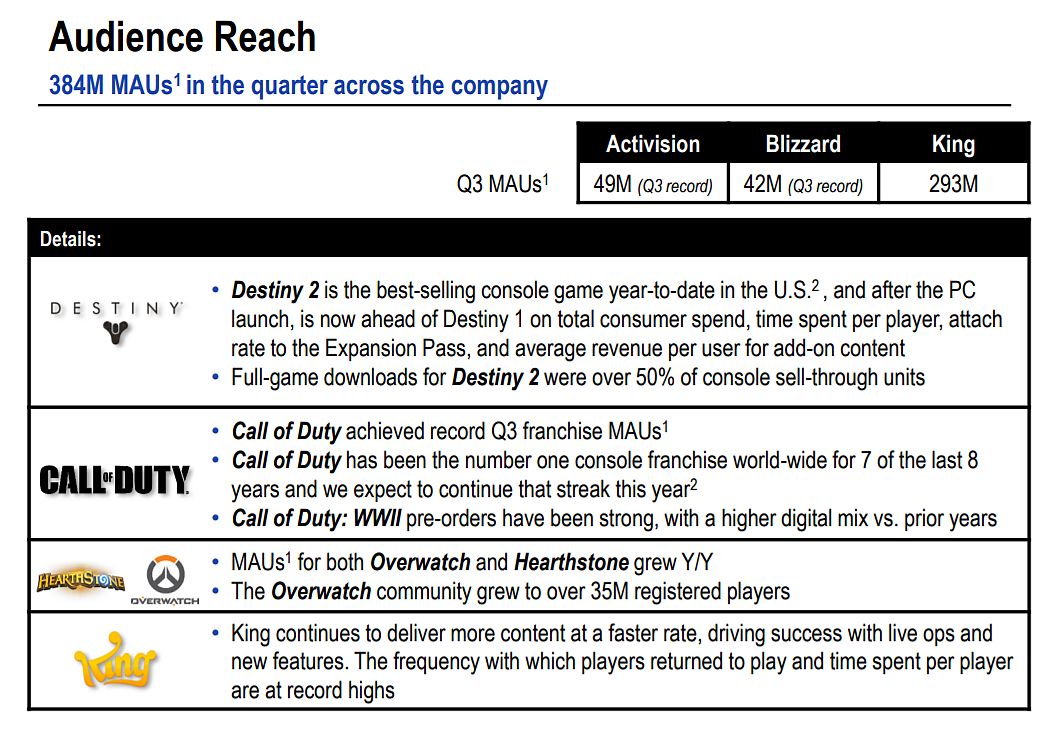 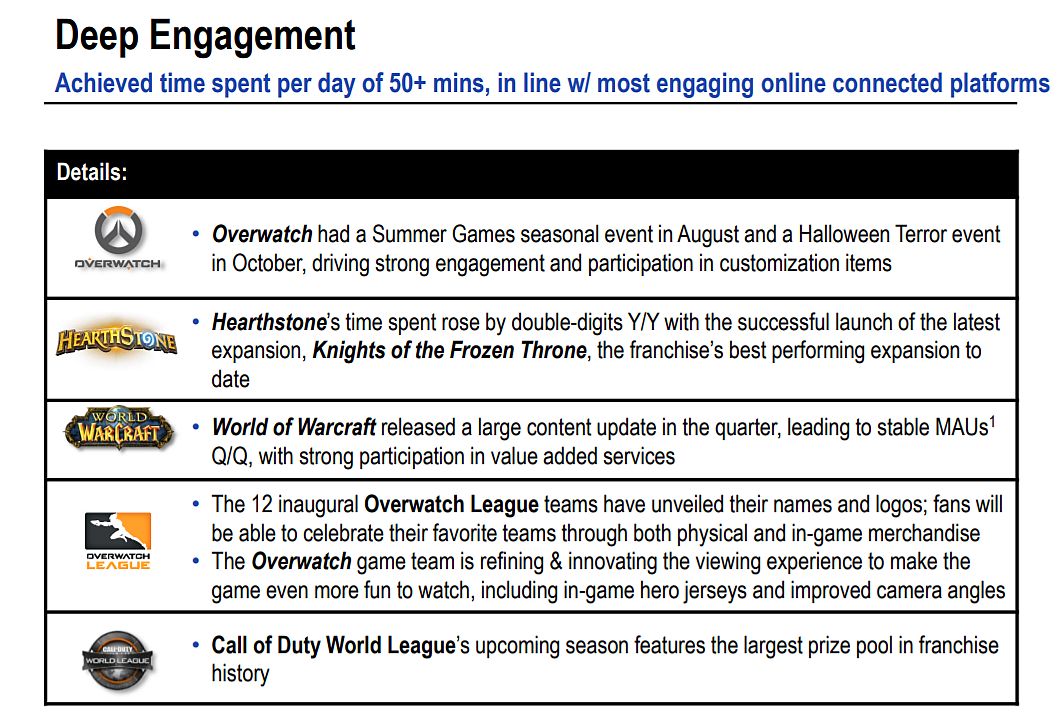 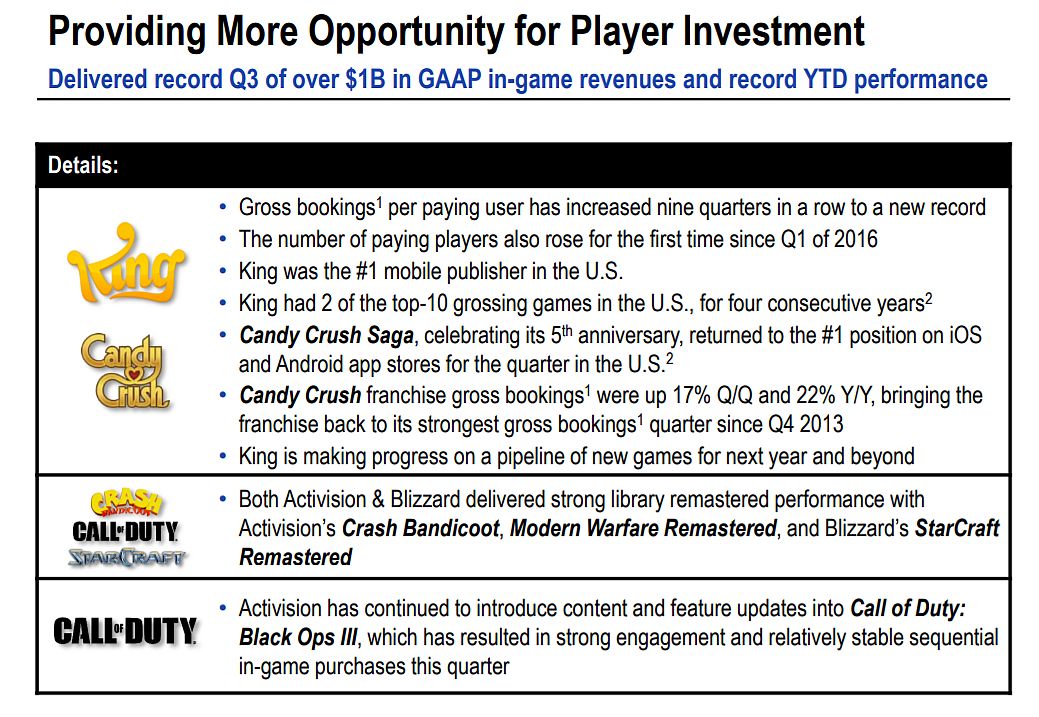 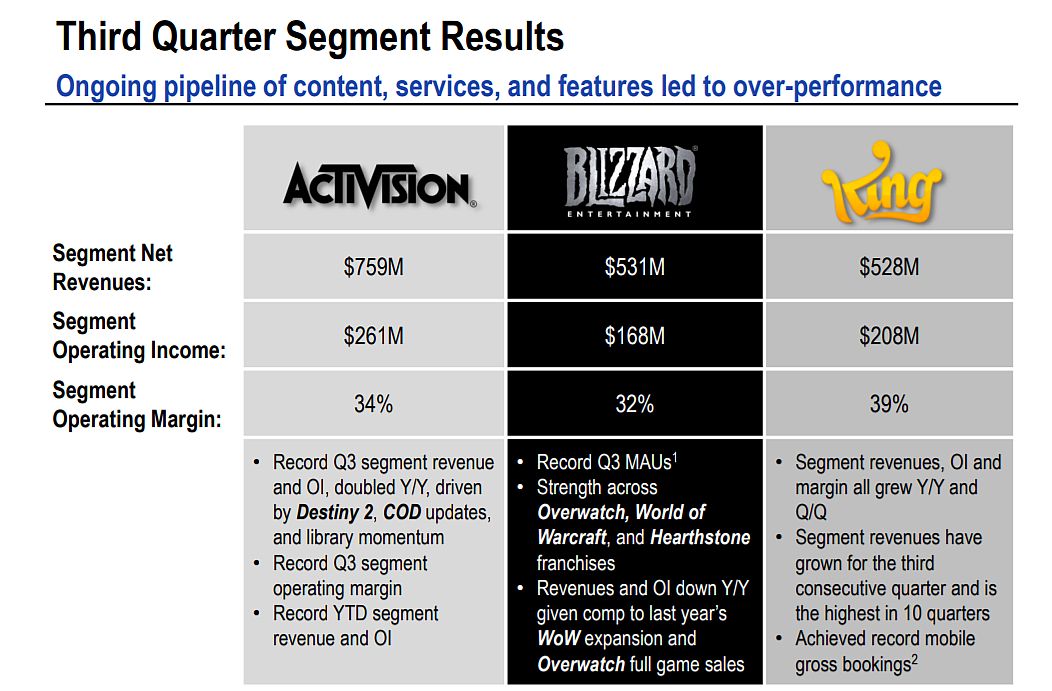 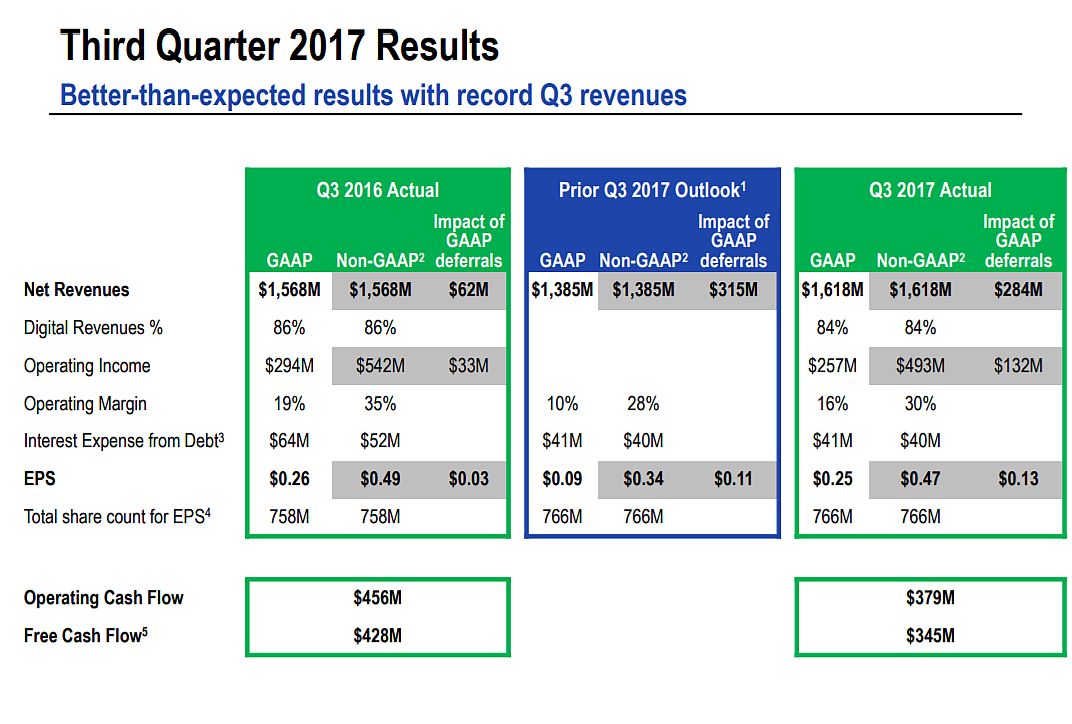 During the quarter, Activision-Blizzard delivered a Q3 record of over $1 billion of in-game revenues, with record performance year-to-date.

For the quarter ended September 30, 2017, Activision-Blizzard’s net revenues were $1.62 billion, as compared with $1.57 billion year-over-year. Net revenues from digital channels were a Q3 record of $1.35 billion.