Fornite’s Battle Royale mode had over 800,000 concurrent users over the weekend.

That’s according to the official Fortnite Twitter account, which announced there were 811,000 concurrent players on Sunday, October 29.

As of October 11, there were over 10 million people playing Fortnite.

Apparently, the large number of players over the past weekend caused a some server issues, as the tweet said the team was “working hard to keep it in the air.”

Fornite’s Halloween event is live, alongside the latest major update to the game. The next update, 1.8.1 will release tomorrow, November 2 at 4am eastern. It will add the option to upcap Fortnite’s framerate on PS4 and PlayStation 4 Pro.

Players on all platforms will need to close and update their clients in order to apply the update. Full patch notes for update 1.8.1 are below, and list updated features and some fixes. It’s main focus is optimizing to ensure a “smooth and stable experience.” 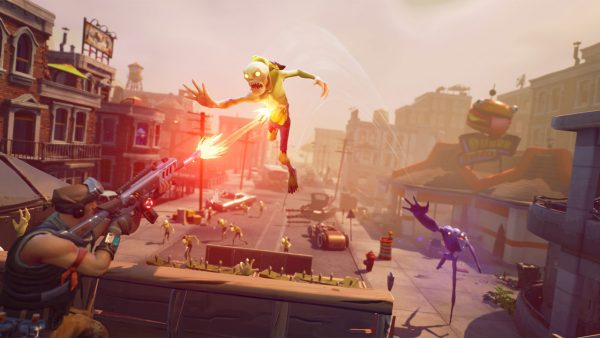 Voice Chat Improvements: Added the option to mute individual players, located in the “Audio” tab of the settings screen.

Experiencing issues updating, logging in or crashing in Fortnite? Reach out to player support here.