Nivelle Nights will soon be available to every Battlefield 1 owner, regardless of whether or not they have the Premium Pass or They Shall Not Pass DLC pack.

The map, set over battlefields across Malmaison and Soupir under the moonlight, is a trench heavy map, meaning that there’s a lot of close-combat and firing across no man’s land. It’s a beautiful map, despite all the mud. 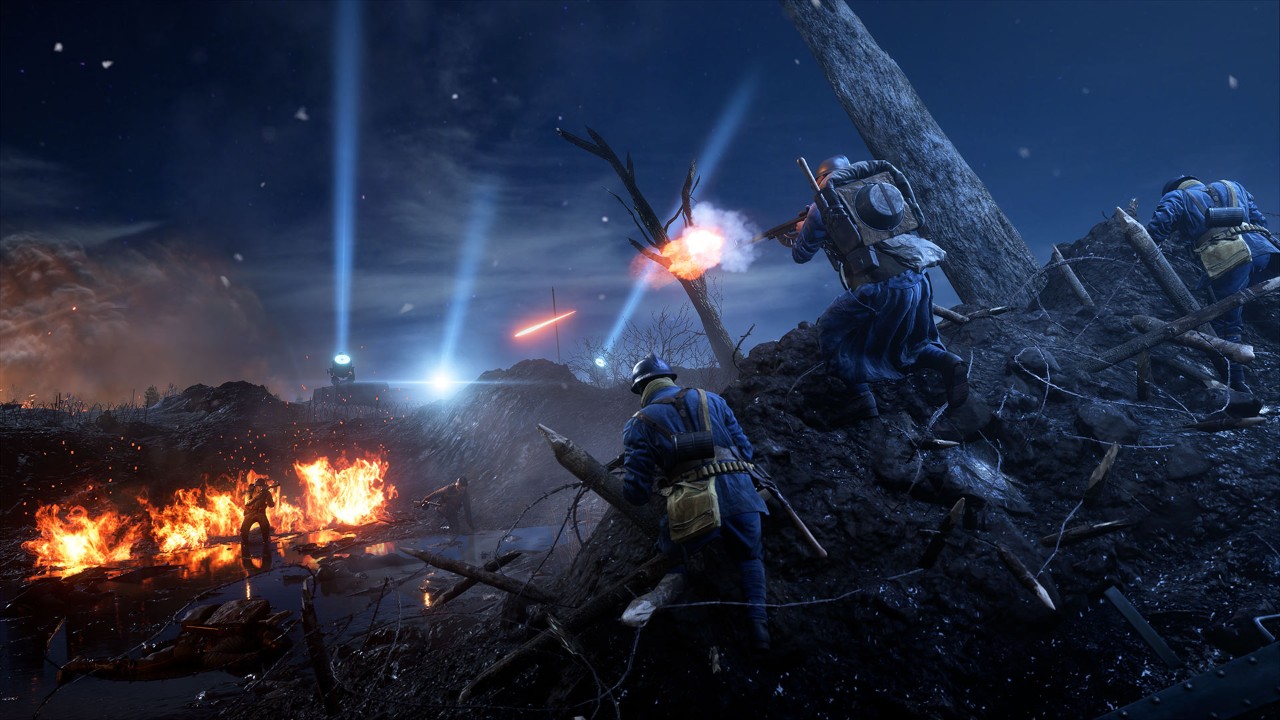 The map, which was previously only to players who owned the relevant DLC, will now be available for all players, Dice has announced. This is a fine treat for those who have not invested in the season pass but are still playing Battlefield 1, although it doesn’t seem likely that the other maps included in the Premium Pass will be unlocked for everyone any time soon, with Battlefield 1 still proving quite popular and the next series entry not yet announced.

There are also more Operations coming, although you will need DLC to access them.

In any case, it’s fairly well established at this point that EA sees online play and charging for extra content as the way forward, but it’s still nice to get something extra for free now and then.

Battlefield 1 is available on PC, PS4, and Xbox One.