Wolfenstein 2: The New Colossus comes three years after The New Order to pick up the story of B.J. Blazkowicz and Anya, who will now have to contend with a Nazi-occupied United States.

Blazkowicz is on a quest to link up with local resistance in order to bring the fight to the Nazis, who have all but subjugated America. More than their military might, the Nazis in America control the media and have presented a carefully managed version of themselves.

This was clear to see in the excellent E3 2017 trailer, which should honestly really be the only thing you need to watch to understand what this game is. It’s been nothing but positive impressions so far, but we’re about to see if the final version holds up.

While The New Order didn’t run fantastic on PC at launch, The New Colossus sounds like it’s going to be better optimised out of the gate. The PC version comes with a host of welcome features, and relatively modest specs.

Just like with The Evil Within 2, Bethesda also sent review code early enough that you’ll be seeing a few scores today. 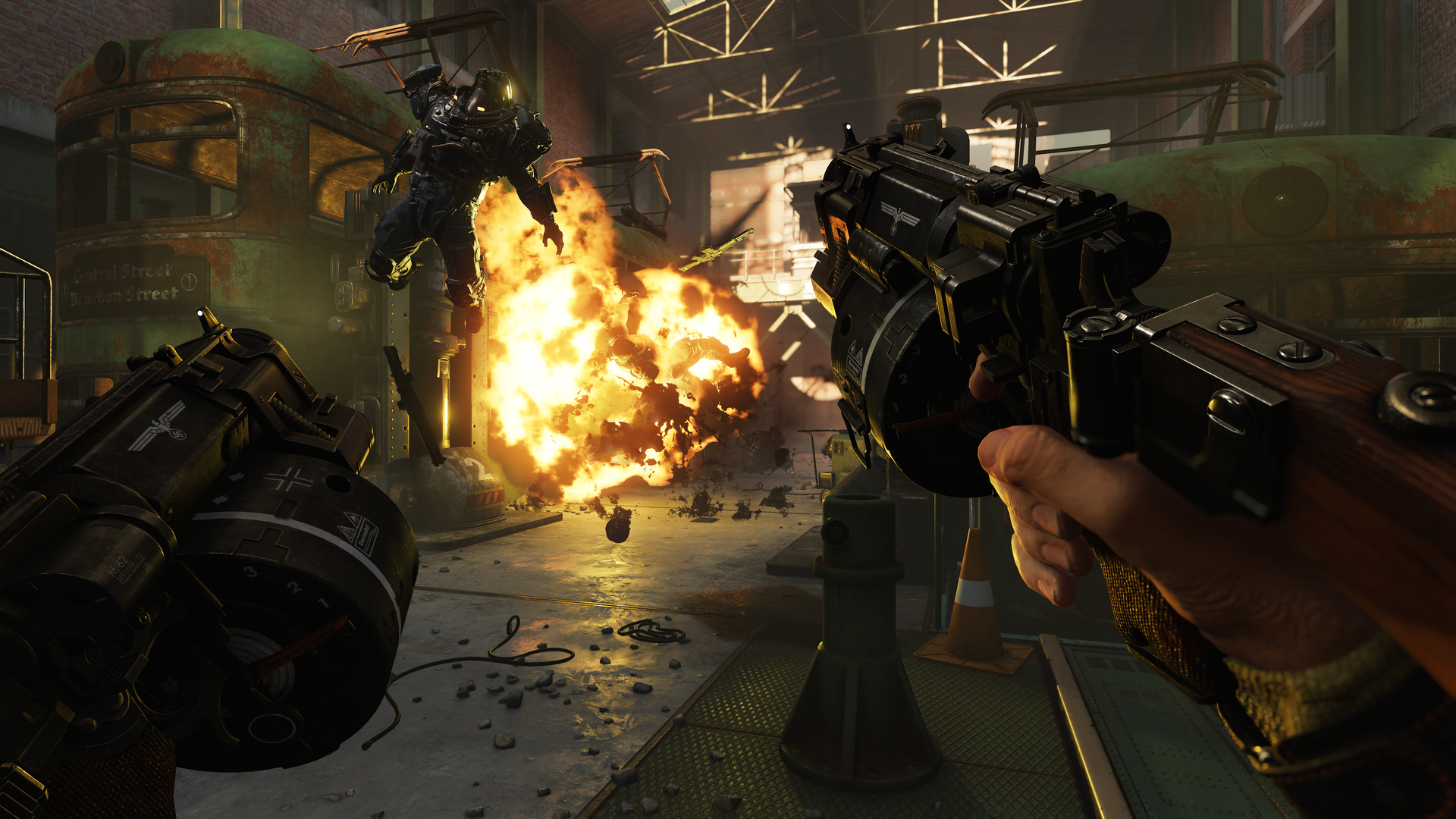 Find all the reviews below, scores are out of ten except where otherwise noted.

Ars Technica – “Fans of the predecessor should snap this up ASAP. More casual shooter fans should tread cautiously.”

RockPaperShotgun – “If there were even a handful of first-person shooters this strange and spectacular released in any given year, I’d barely find time to play anything else.”

Wolfenstein 2: The New Colossus is out tomorrow, October 27 on PC, PS4, and Xbox One. There’s also a Nintendo Switch version in development, due for release in 2018.