Problems with Destiny 2? Here’s all the latest informaiton on error codes, workarounds, solutions and resolutions.

Destiny 2 seems to be pretty stable on consoles, but release has not been entirely smooth. As part of our Destiny 2 guide, we’ll be tracking these errors to keep you across the latest information that’s not so much how to get Exotic weapons or trigger Heroic Public Events but “get online and actually play”.

The error codes and reported issues below are arranged in reverse chronological order by update status, so you should always find the latest news on Destiny 2 error codes at the top of the page – and get an idea of how long your particular bugbear has gone unactioned, if you don’t have enough reasons to blow a gasket today.

Check back with this page for regular updates on Destiny 2 error codes, plus solutions and workarounds when we find them. As of the latest update, Cabbage error seems to be the most common and persistent Destiny 2 issue, followed by PS4 crashes, especially on PS4 Pro. 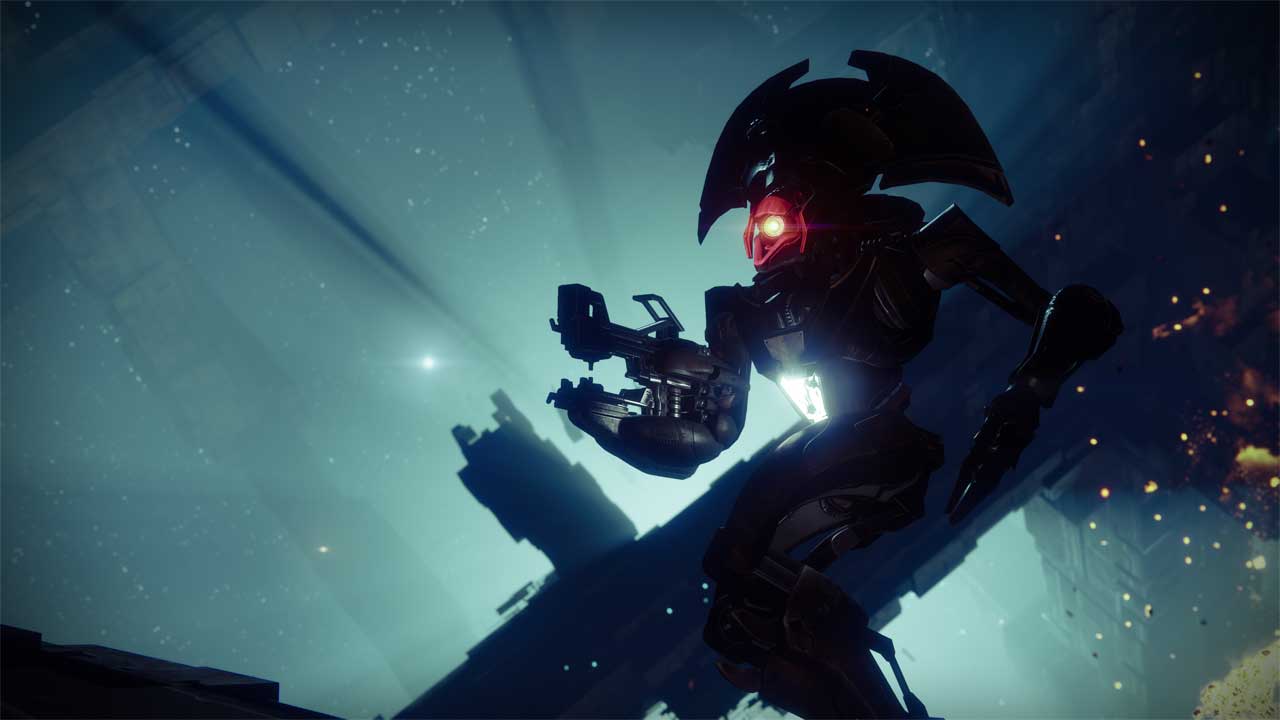 The developer suggests the following workarounds, with the caveat “players may need to inspect the manual for their router to proceed through these steps, as some settings pages may have alternate naming conventions per manufacturer”.

If this doesn’t work for you, please send all the details to Bungie via its Help forum – it specifically wants to know your router hardware – version numbers and manufacturers.

The latest update from Bungie dropped on September 18 and confirmed investigations are ongoing.

The PC version of Destiny 2 went live on OCtober 24, and along with server queues, and few interesting errors codes (interesting as in what Bungie named them) have surfaced.

Along with the Cabbage error outlined above, Beetle, Newt, Pineapple and Rutabaga codes have been popping up. Bungie noted the issues on Twitter today at launch, and we’ve culled some of the descriptions and workarounds for each to help you out.

The Beetle error code is one we’ve seen before and it occurs on all platforms. It’s a general networking error which is reported to Bungie the moment it occurs. Those who continue to receive the error, should look over the Network Troubleshooting Guide.

If you happen upon a Buffalo error code, Bungie said to make sure you aren’t not logged into Destiny 2 on multiple PCs. This error appears to players who are not signed in with their platform account, or their platform services are undergoing maintenance.

It may also appear to players on console whose PlayStation Plus or Xbox Live subscription has expired.

If Buffalo is repeatedly encountered, players should check the status of their platform’s services (PS4, Xbox One, Battle.net). If no outage or maintenance has been reported, and this error continues to occur, create a new topic in the Help forums.

Newt is also popping up, and those who encounter it should “try that activity again” and resume what they were doing before the error occurred. If it still pops up, exit Destiny 2 then relaunch. If it STILL shows up, it’s likely due to testing on Bungie’s end.

While Pineapple sounds rather delicious at the moment, it isn’t a refreshing snack. It’s another general networking error. Like Beetle, the issue was reported the moment it occurred and folks are urged to look over the Network Troubleshooting guide if the error persists.

Rutabaga on the other hand is a bit different. This is error is encountered by players when Destiny 2 performance drops below sustainable thresholds. Troubleshooting steps are as follows:

If the Trumpet error code pops up, Bungie said players can attempt to work around the issue by changing the Blizzard Region in Battle.net application.  This issue is currently being investigated. As of October 26, this issue on PC appears to be solved.

What the heck? All of a sudden on the evening of September 14 US time Destiny 2 players reported a whole little menagerie of errors: Baboon, Panther, Anteater and, for some reason, Cocoa. Why are some of these food and other animals…? Anyway, about an hour later Bungie declared all four errors resolved.

Some PS4 players are reporting crashes in Destiny 2. We haven’t seen this ourselves despite having the console and game client running for 4 hours or longer at a stretch, but others have been unable to progress through the story as a result. As of September 10, Bungie and Sony are investigating the matter together.

Four new error codes cropped up towards the end of Destiny 2’s first full weekend after launch. Olive and Chicken were reported first, with Pony and sheep joining the fun three hours later.

We’re not sure what the problem actually was, but all four issues were declared resolved seven hours after initial report.

This error is attributed to a networking. One way to combat the issue is to use a wired connection. If that fails, change your NAT type (from Strict / Type 3 into Open / Type 1) if possible. It is one of a trio of networking error codes (see below) that new players noticed on Destiny 2’s first full weekend after launch.

Although there are several networking troubleshooting steps described in this entry and those that follow, Bungie seems to have changed something on its end, as well. As of September 9, the issue seems to be resolved.

This is a general Destiny 2 networking error. Player disconnect is reported the moment of occurrence. Those who continue to receive this error should check out Bungie’s Network Troubleshooting Guide.

As of September 9, the issue seemed to be resolved, but then on September 19 the issue resurfaced.

This error occurs after a Destiny 2 player is returned to orbit during an activity or when inspecting gear. Bungie does not yet have a solution, but redditors discovered a workaround related to clan invites. If that doesn’t help, follow the same steps as you would with a “general” networking error such as Centipede.

As of September 9, the issue seems to be resolved.

As of September 8, the issue had been resolved.

“You have lost connection to the Destiny 2 servers. Your permissions to access online content may have changed or your profile may have been signed in elsewhere.”

As of September 8, the issue has been resolved. It’s not clear whether it was related to a problem with the PSN servers.

Destiny 2 players have reported a ce-34878-0 error code on PlayStation 4 Pro consoles, which is a Sony-specific code. The process for dealing with this code is as follows:

This may be an issue for some during launch period, as Destiny 2 is going to be popular. Server queues are designed to regulate the Destiny experience and to make sure that stability can be assured. The Bungie Help page notes that:

We’ll be updating with workarounds, solutions, and comments from Bungie as they come in, so bookmark this page if you want to stay on top of Destiny’s various error codes post-launch.