Destiny 2 gets a global sim-ship on PC when Bungie and Blizzard flip the Battle.net switch later this month.

Bungie put together a handy visual guide, and supplied a time conversion link for those of you in other timezones. Behold! 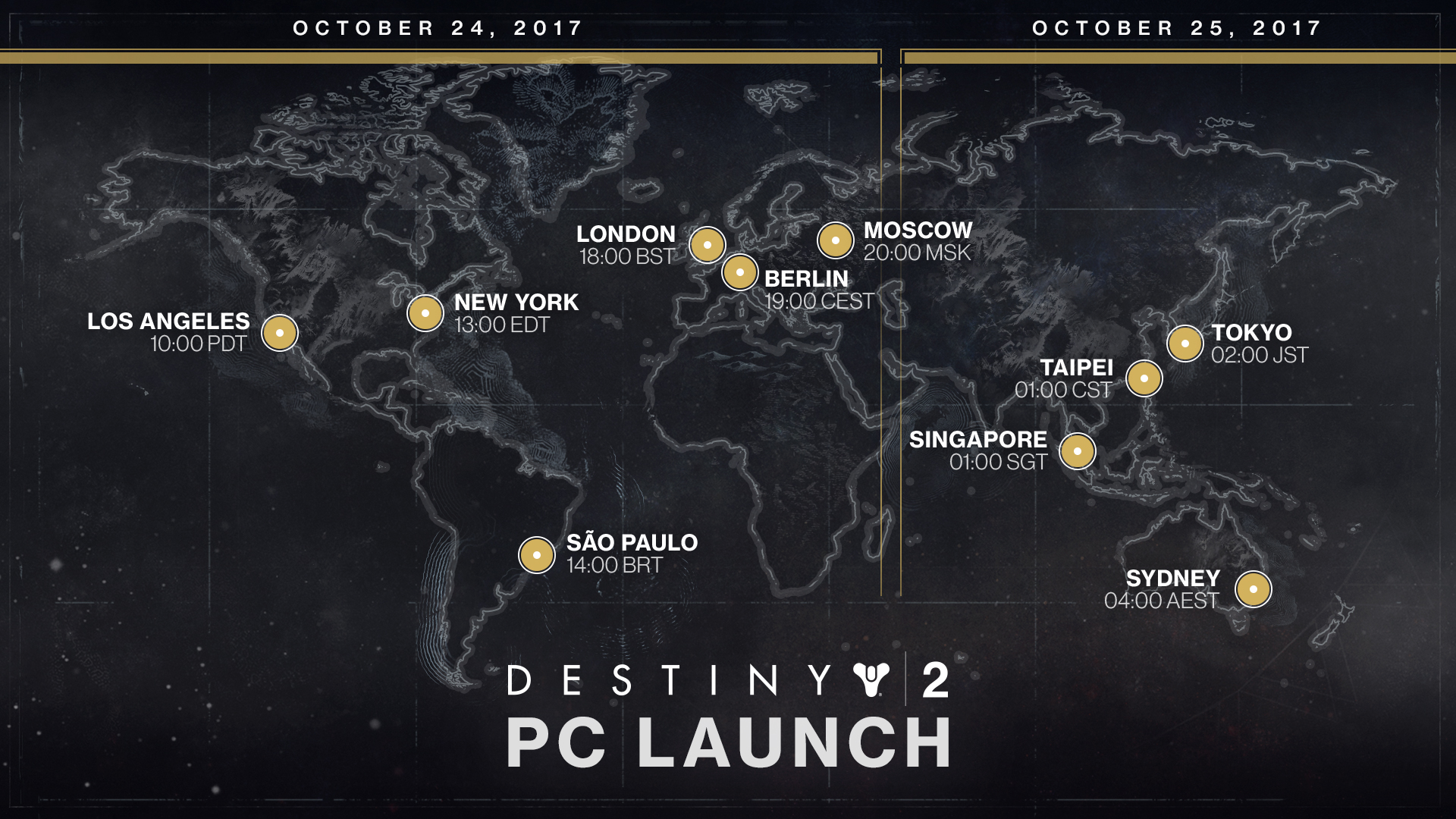 Bungie also confirmed Destiny 2’s minimum and recommended PC system requirements today, so you may want to get across those.

Since console players have been bashing away since early September, we have plenty of resources on our Destiny 2 guide to help PC players get started. We especially recommend looking over the Destiny 2 Activities glossary in conjunction with our guide to levelling up in Destiny 2.

That ought to set you up with everything you need to sort out Destiny 2’s somewhat opaque systems and get on with stockpiling loot and popping Cabal heads with the rest of us.