Fire Emblem might not seem the best fit for this type of game, but it works.

I feel like practically everyone must have played a Warriors or Musou game in their time. It’s just one of those things. If you play video games, at some point you’ve encountered one of these hack-and-slash marathons. They’re often vaguely mindless and never exactly technical marvels, and yet… I always find them strangely compelling. Back in the days when I felt like achievements mattered, I’d spend way too many hours getting 100-percent in many of the Dynasty and Samurai Warriors games.

Developer Omega Force has making these games down to a fine art, and that combined with their enormous popularity has meant they’ve begun to find themselves the target of interest from third parties. They got to do a Zelda Musou game, Hyrule Warriors, with Nintendo. Square Enix had Dragon Quest Heroes from them and already has them at work on another, and one has to imagine that Final Fantasy can’t be far off. Nintendo is back with them again, too, this time with a mash-up of Musou gameplay and Fire Emblem.

At first this won’t seem like the most natural fit – Fire Emblem’s tense, permanent-death strategy combat seems like a pretty odd fit for the mass-slayings of Warriors, but honestly, it works. Fire Emblem Warriors feels satisfying, fun and exciting – but most intriguing of all is how it still feels like a Fire Emblem game. It’s both true and honest to both of its sources of inspiration and direction, and that’s impressive.

At the basic level Fire Emblem of course does fit the Warriors formula – it’s all about battles, sword and shield and the occasional bit of magic. In other ways Fire Emblem is far less frivolous, however, and it’s in this that Omega Force has clearly tried to find a level of compromise and have had surprisingly strong success in doing so.

Fire Emblem’s rock-paper-scissors style weapon strengths and weaknesses triangle (swords beat axes, axes beat lances, lances beat swords) is present here, for instance, with the act made possible by how you have multiple heroes at your disposal, hopefully with different types of weapons. This lets you switch back and forth to juggle strengths and weaknesses, and the characters you’re not currently controlling can be ordered around the map in a more strategy game-like fashion with cute and traditional Fire Emblem sprites on the map. It’s clever.

Other aspects of Fire Emblem have been lifted too. Characters level up and can link up on the battlefield to work together as a team, and the game just generally feels like it belongs as part of the series. It works – they did it. You can see some snippets from the game’s first story missions in the video above. 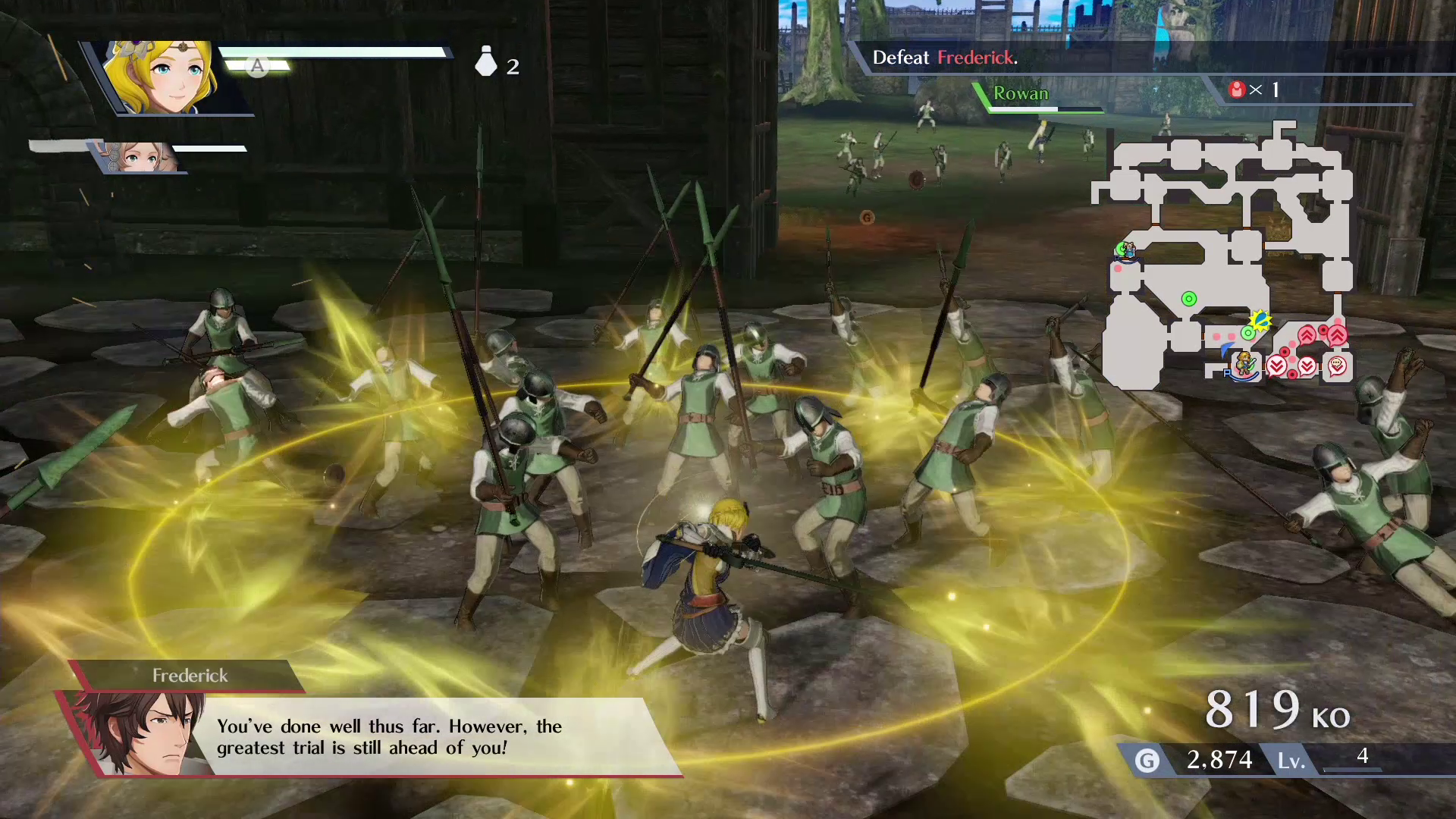 This has all been done before, of course, with 2014’s Hyrule Warriors. The concepts that drive Zelda are much more nebulous than those that drive Fire Emblem, though, and so I find myself more impressed with how much this feels like a Fire Emblem game. Bluntly, it also feels a bit better to play than Hyrule Warriors – and until now I’ve thought of that as the most interesting Musou game ever made.

The rest works well enough as a fan service treat too, with animated story sequences with proper direction and typical Saturday morning cartoon voice acting giving way to more Fire Emblem-like portrait chat sections as its story mode unfolds. There’s stuff here that’ll delight fans, and the focus on a few specific Fire Emblem games for the cast doesn’t really seem to be too much to the game’s detriment.

Musou is still fun, then, but it continues to prove it’s perhaps most fun when mashed up with something else familiar and a little bit different. Fire Emblem Warriors seems to be another piece of solid proof of that, and we’ll revisit it for a deeper look once I’ve played some more of it.