Soon, members will get to try Star Wars Battlefront 2 and Need for Speed: Payback before release day, and Mass Effect: Andromeda is also on the docket.

Granted, dates weren’t provided for some, but the notice gives members something to look forward to. 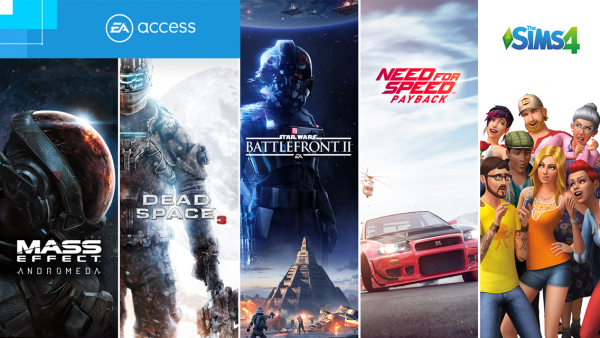 Star Wars Battlefront 2 releases on November 17, and Need for Speed: Payback is out on November 10. We’ll let you know when the Play First Trials go live for both titles.

EA Access members on Xbox One can get their hands on Dead Space 3 when it enters The Vault. It will soon be joining Dead Space and Dead Space 2, making the entire trilogy available through the service.

All three titles are currently available on PC through Origin Access.

Members will also be able to play The Sims 4 early, via a Play First Trial on Xbox One before it launches for consoles on November 17.