The storyline downloadable content for Assassin’s Creed Origins will be included in the Season Pass, but there will also be free add-on content available to all players.

Let’s start with the free content first, some of which will be available when Assassin’s Creed Origins releases on October 27.

On release day, the Nomad’s Bazaar will be made available. Here, a wandering merchant will hand players daily quests to complete in order to earn “mysterious exotic rewards.”

Photo Mode will be included day-one, and will give players the opportunity to channel their inner National Geographic wildlife photographer. Here, players will snap shots of the Egyptian landscape and its varied flora and fauna. Players will also discover in-game pictures taken by other players.

The first Trials of the Gods event will go live 15 days post-launch. Here, players will participate in boss battles against Egyptian gods during special timed events. “Prestigious rewards” will handed down to those who succeed.

In early 2018, Horde Mode and the Discovery Tour will be released. The latter is the educational mode we told you about in late-September.

Horde Mode takes place in the Gladiator Arena, where as is normal will Horde Modes, players will face wave upon wave of enemies. Scores will be tallied along with the ability to challenge friends to beat one another’s scores asynchronously.

The Assassin’s Creed Origins Season Pass will include two story-driven expansions. One will focus upon the growth of the Brotherhood and the other on Egyptian mythology.

Here’s details on the Season Pass along with descriptions, straight from Ubisoft: 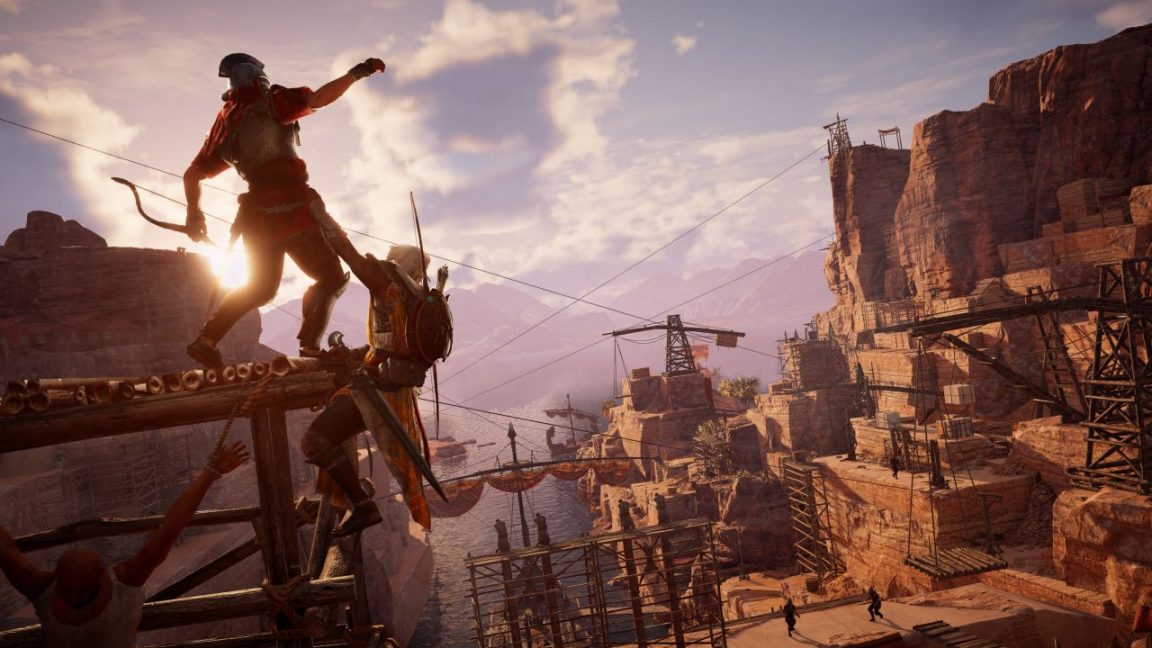 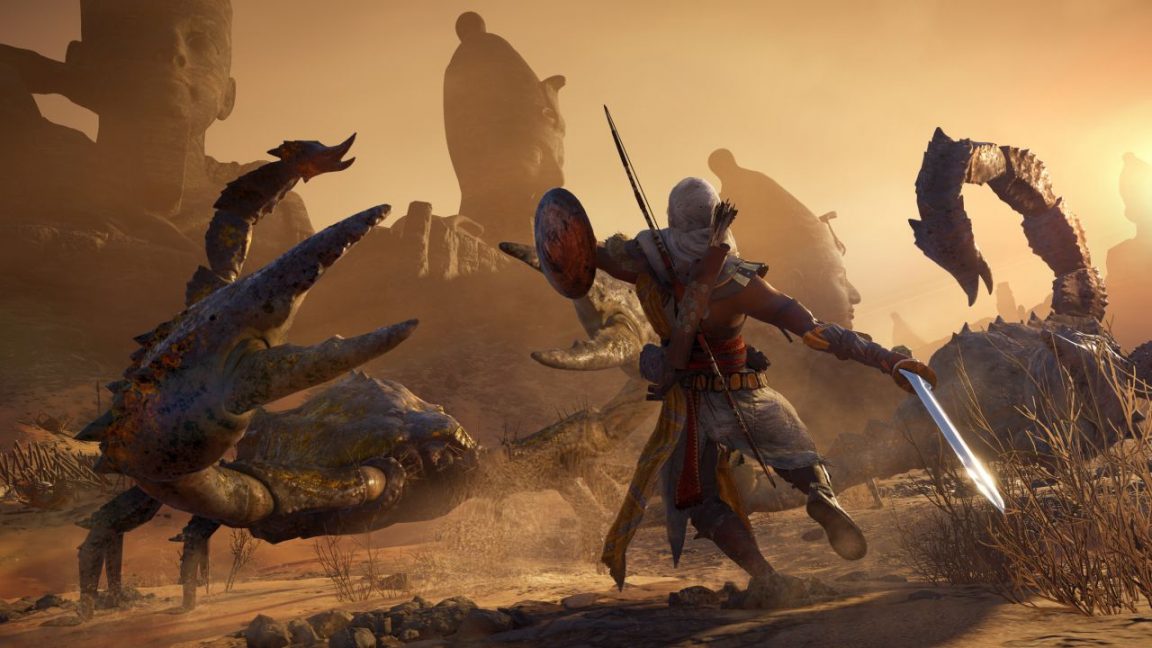 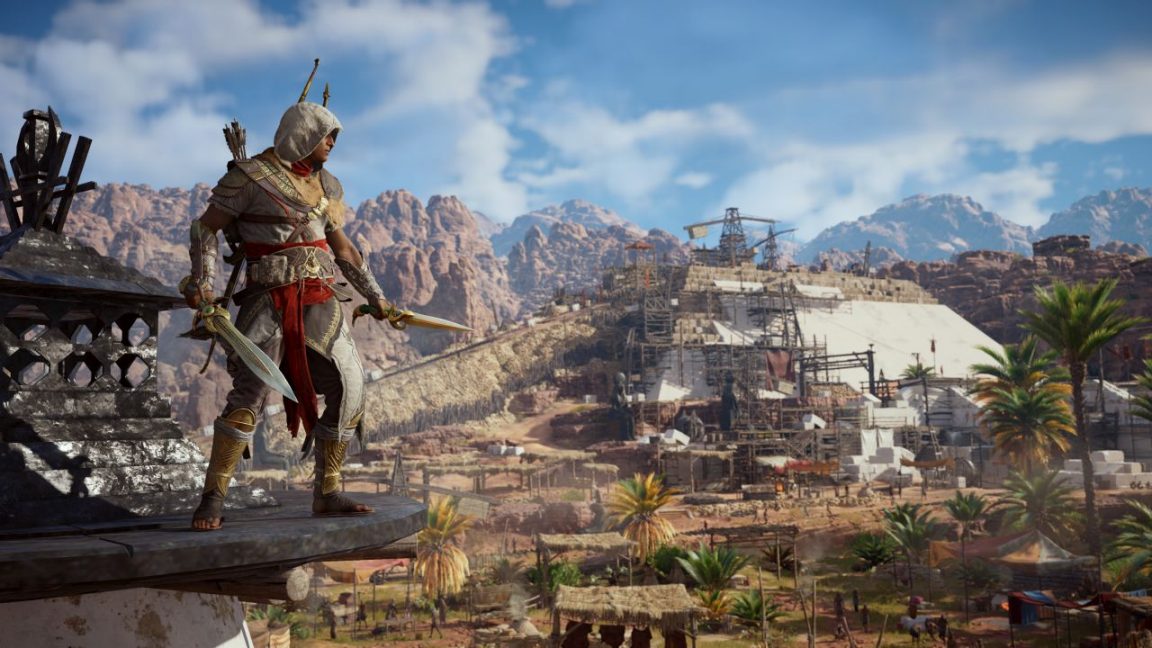 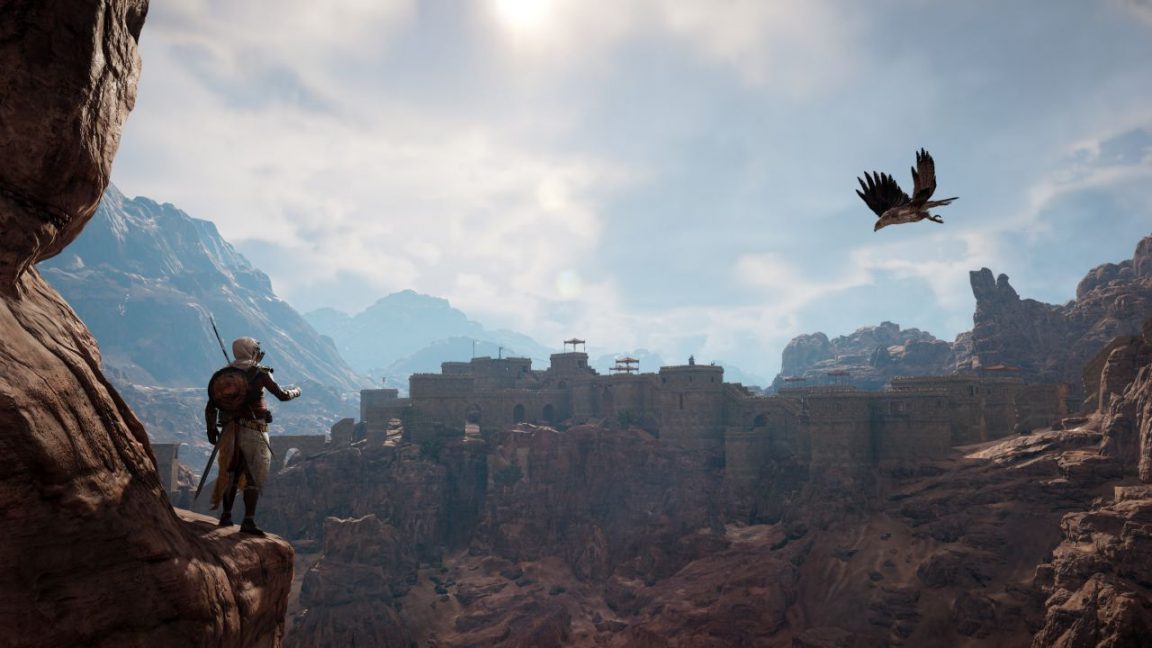 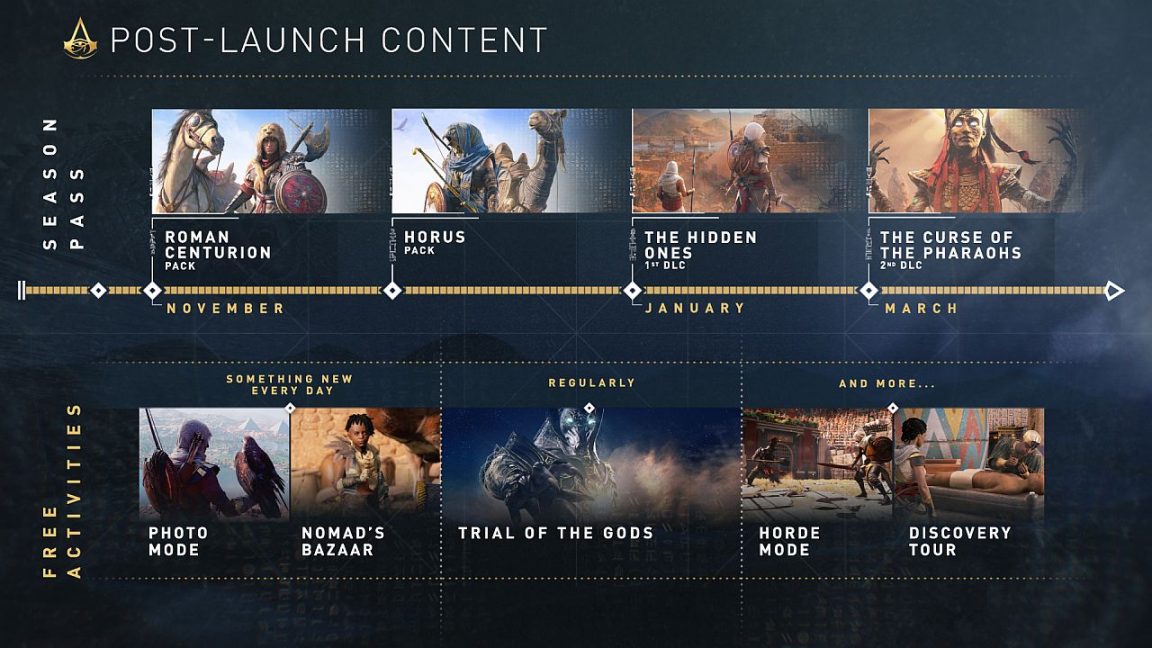 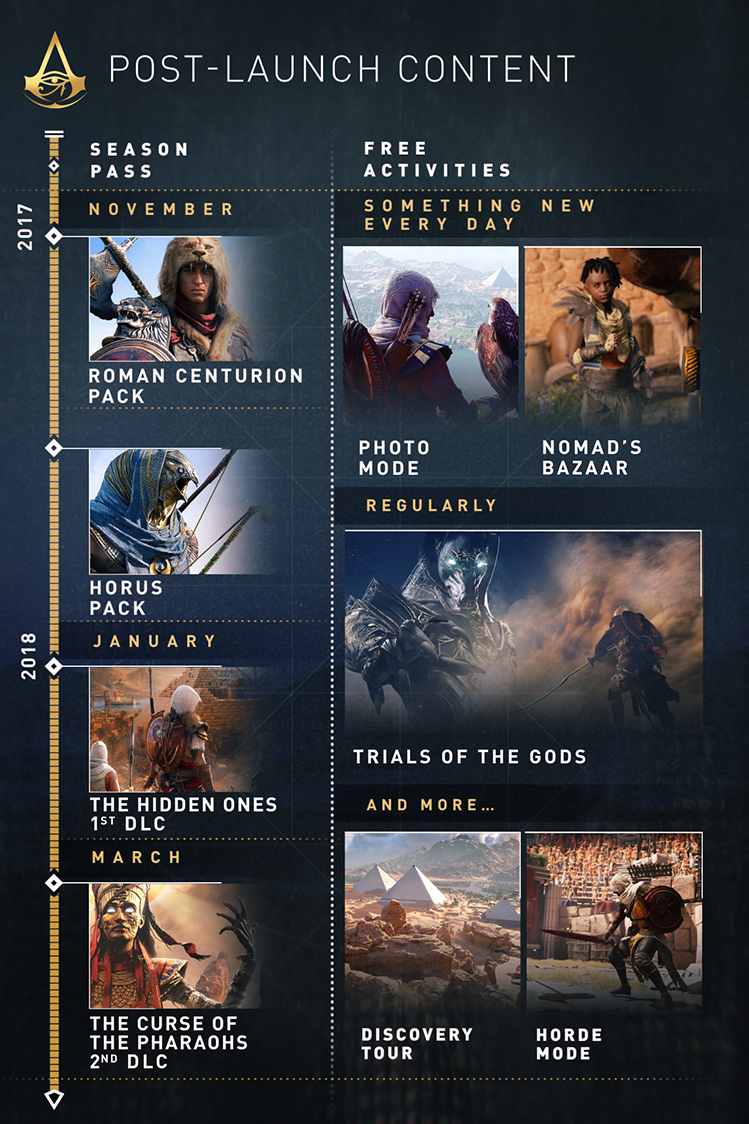 The Season Pass is included in the Assassin’s Creed Origins Gold Edition and is also available for purchase separately. We’re looking into the price for you now.

Assassin’s Creed Origins will be released for PlayStation 4, PlayStation 4 Pro and PC. Those who plan to pick the game up on PC, might wish to give the minimum and recommended PC specs the once over if they haven’t already.

It will be made available on Xbox One X when the console launches on November 7.