If you don’t know what it is, Ansel is basically a tool for taking in-game screenshots, and honestly, it’s pretty cool. We all see those screenshots put out by developers that have been taken with developer tools but are impossible to see in the released product, but Ansel lets you take those sorts of shots.

My PC is currently running an Nvidia GeForce 1080ti graphics card – a powerful, beefy card – and has similarly hefty specs across the board. Pro Evolution Soccer 2018 seemed like a notable new Ansel-supporting release – sports games are up there with racers, I think, as prime candidates for showing off where graphics tech is at. So – I jumped on in to Pro Evo 2018 and toyed around with Ansel. It looks pretty nice. 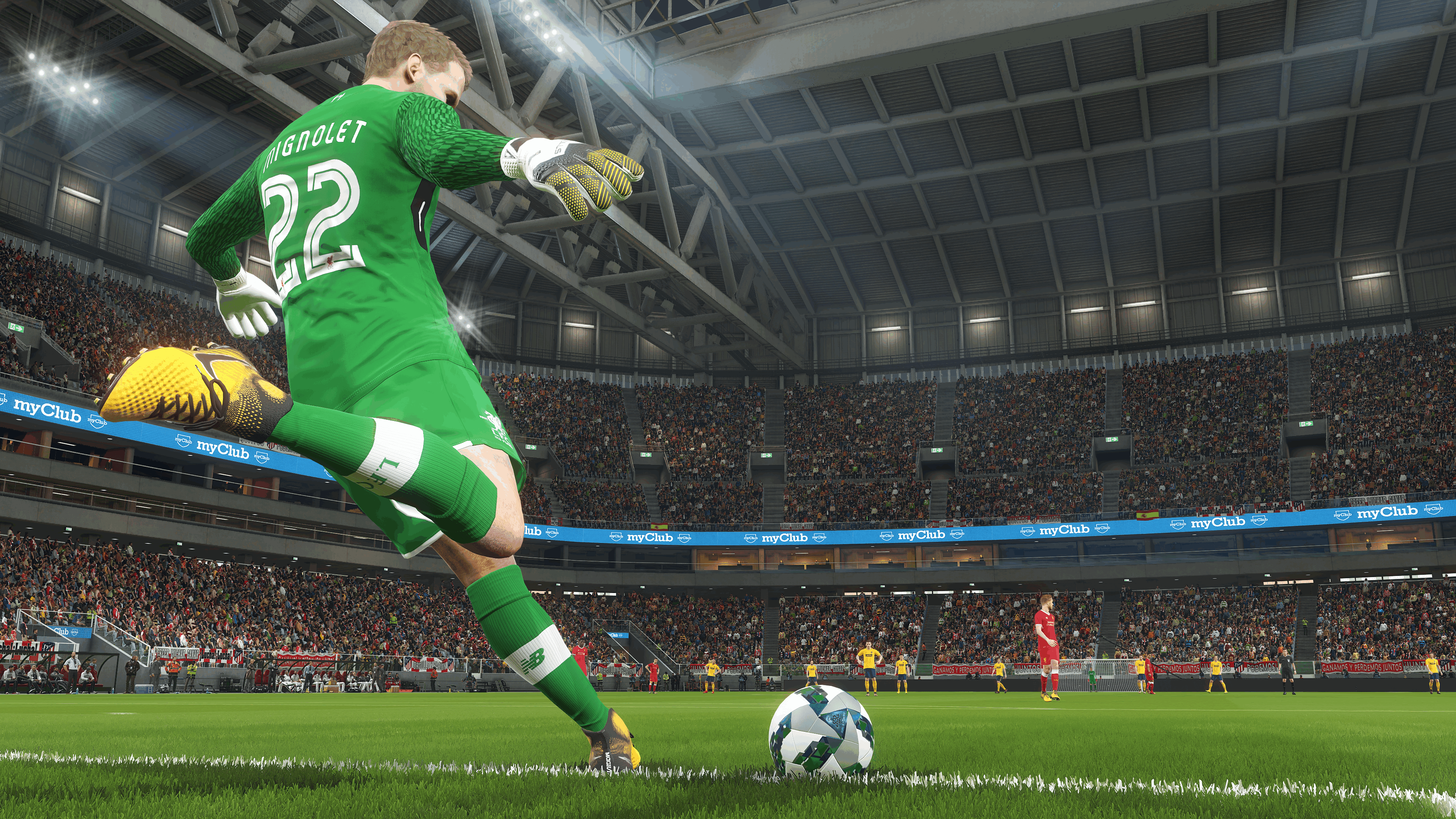 In Pro Evo 2018 Ansel can’t be activated at any time, but so long as you’re in replay mode you can boot up the Ansel tool and go to town. It has access to things like filters and other advanced controls, but I ignored those in this instance – I just wanted to show off what the game looks like at 4K, maxed out. They look pretty impressively close to the sort of carefully-posed pre-release screenshots publishers release – which is impressive, considering these are mid-match shots of replays from real matches.

Some of the other tools you can deploy include ‘super resolution’ screenshots where you can get screenshots at utterly silly resolutions like 8K, and 360-degree screenshot snapping functionality that can then be viewed in VR, if you’re nuts. Because it’s native to the graphics card, this all looks quite a bit better than the alternatives apps and programs around.

Obviously the tech needed to power this is pretty damn expensive, but it sure does make games pretty to look at. Below, find a gallery of 4K, max-settings Ansel screens of Pro Evo 2018 – and remember we took a bunch of screens like this of Mass Effect Andromeda earlier in the year, too.