GTA Online players have a new plane to catch, and it’s a doozy.

The twin-propeller Mammoth Mogul is the latest plane to be added to GTA Online.

The Mammoth Mogul is available exclusively from Warstock Cache & Carry.

As an incentive to upgrade your flying machine(s), discounts on engine, armor, handling, weapons and racing suits are live alongside 25% off the Hangar’s Aircraft Workshop. Mobile Operation Center Cabs, APC and the Progen T20 (Super) are all 25% off. 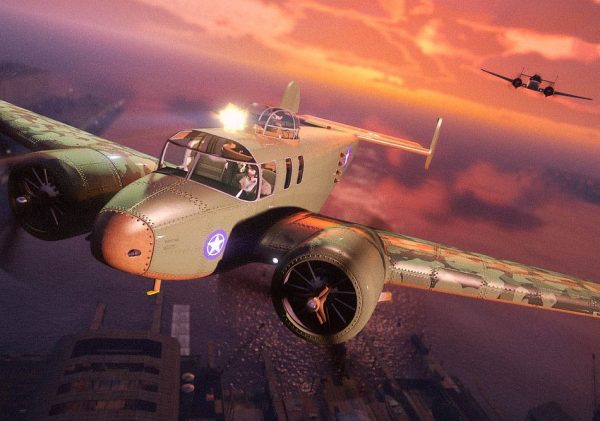 These discounts will come in handy as you prepare for this week’s new Adversary Mode, which is centered around aerial dogfights.

Stockpile is an airborne version of capture-the-flag and tasks players with acquiring as much “loot” as possible and bringing it back to the base. With support for two to four teams and up to sixteen players, whoever has the biggest haul wins.

Just be on the lookout for those attempting to steal your hard-earned goods. Use those spiffy machine gun and missile-equipped planes to take them down beforehand.

Also through October 9, the Premium Race “Around The Docks” will be live, and locked to motorbikes. The Time Trial is Power Station.