You can celebrate Fallout’s 20th birthday without spending a single cap.

The original Fallout was released on September 30 1997, and while its isometric RPG gameplay differs vastly from the series today, it remains a gaming gem. And if you haven’t played it before, don’t take my word for it: Download it for free and scavenge the wasteland for yourself. From now until 11:59 Pacific Time, you can snag Fallout on Steam absolutely free.

Fallout tells the story of the legendary “Vault-Dweller” who first emerged from Vault 13 to track down a replacement water purification chip. While exploring the remains of post-apocalypse California, the player will discover a brewing Mutant invasion plot, the hidden outpost of the Brotherhood of Steel, and the loyal canine Dogmeat. (Unless you upset Dogmeat and kill him in your first encounter, that is.)

Even compared to today’s Fallout games, the original has an ridiculously steep learning curve – as you’ll learn fighting small rats just outside the Vault entrance. But in terms of characters, story, and open-world exploration, Fallout was well ahead of its time. 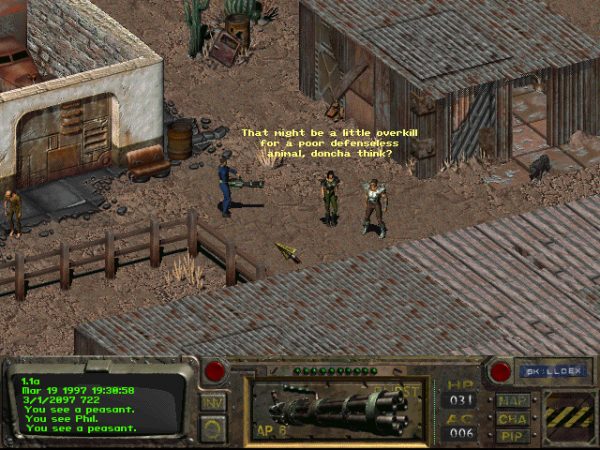 Just remember to grab Fallout before midnight Pacific Time, before it returns to the Vault once again.