Ubisoft is offering up a set of five figurines depicting some of the original counter-terrorist crew from Rainbow Six Siege.

If you consider yourself a true die-hard Rainbow Six Siege fan, albeit almost three years after the game originally launched, you can now showcase your fandom in a brand new way – thanks to the Ubisoft Store’s penchant for collectable figurines. 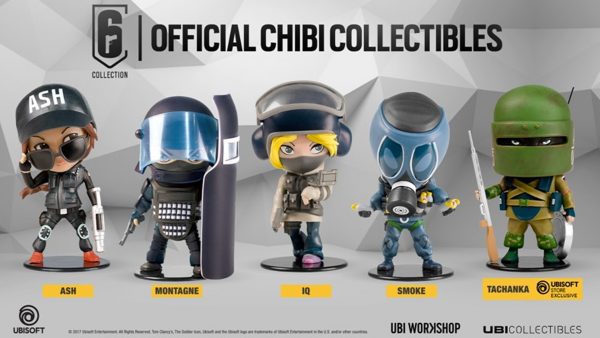 The ‘Six Collection’ features five ‘Chibi Collectible’ figurines based on some of the original Siege characters – namely, you can choose from IQ, Ash, Smoke, Montagne, and Tachanka, with the latter being an online exclusive as well. Each figure stands around 4 inches tall and comes in a fancy box, too.

They’re not exactly cheap, priced up at £17.99 each, though Ubisoft is offering a free 5th figure when you buy your first 4. So that’s a thing. All these figures are up for pre-order now, due to release next week.