In a series first, WWE 2K18 will launch for PC and consoles at the same time. 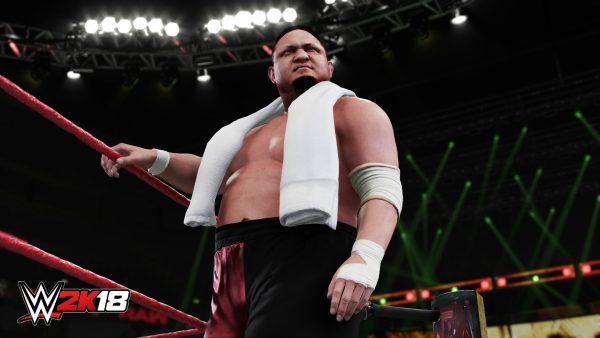 Ideally, video games should launch across all platforms on the same time, so PC gamers don’t fall behind their console siblings. Sadly, we live in a less-than-ideal world where release dates can be delayed for all kinds of reasons. Thankfully, the WWE games are tired of this trend as well. Not only is WWE 2K18 getting a Nintendo Switch edition, but in a series first, the PC and console editions will arrive on the same date.

On launch day, both standard and deluxe editions of WWE 2K18 will launch on Steam and traditional console retailers. The only thing PC preorders won’t get is the four-day Early Access Deluxe Edition perk, but they’ll still have access to the two versions of Kurt Angle. Everything else matches, from the season pass to the playable John Cena rival characters. It may be a small detail within the games industry, but considering WWE 2K hasn’t done this before, it’s a welcome surprise.

WWE 2K18 launches for PC, PlayStation 4, and Xbox One on October 17, 2017. Now if we could just get that Nintendo Switch release date…