Time for your Fortnite heroes to fight for survival and see if they’re worth it. 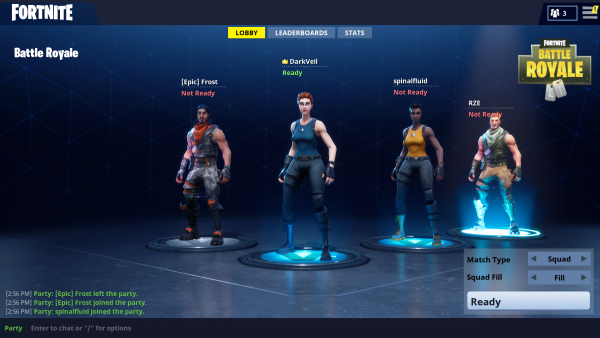 Battle Royale-inspired gameplay modes has become quite the trend in multiplayer games, thanks to Player Unknown’s Battlegrounds and Ark: Survival of the Fittest. Now Fortnite has officially joined the race, despite the recent controversy described by Battlegrounds developer, Bluehole. The new mode was introduced in Fortnite’s latest patch, along with a host of fixes for the core Save The World PVE campaign.

In case you’ve missed all the Battle Royale-related news lately, the game mode pits your character against a hundred players in an effort to become the last hero standing. You’ll need to use both your construction and combat experience to survive, while taking advantage of new Supply Drop mechanics to grab valuable loot. (Just remember that opponents can race you to the Supply Drops.)

Where Fortnite differs is using its co-op mechanics to let players survive in squads. Squad and Duo match types will be available so heroes can revive friendly squad mates and construct even grander bases to defend. The only concern is that Friendly fire is enabled, so you’ll have to mind your aim while playing.