If you’ve been looking forward to the second of two Sonic games to be released this year, it all just got even cheaper.

Sonic Forces isn’t actually due to be released until November 7th, but it’s already seeing some pretty major price cuts at UK retailers.

The latest of these price cuts brings the cost of a PS4 or Xbox One version of the game down to an all-time low of £24.85, complete with the pre-order bonus DLC, too. 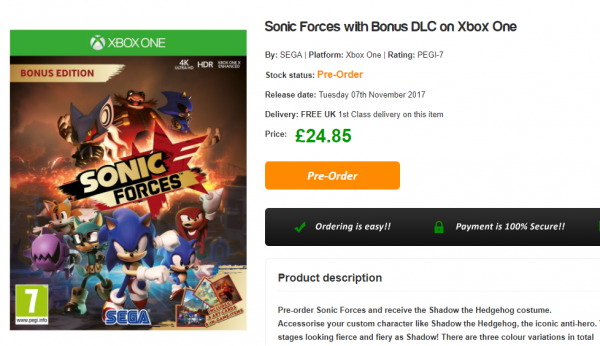 Quite what this says about the overall quality of the game itself is anyone’s guess, really. Worth noting that while the PS4 and Xbox One versions have fallen the lowest, the Nintendo Switch version of the game is still priced a little higher – coming in at £31.85.