I’m unashamed to say that Jet Set Radio is still one of my favourite franchises, so the fact that this Beat figurine exists is, frankly, awesome.

For the uninitiated, Jet Set Radio was one of the earliest examples of cel-shading in video games. That distinct, extra colourful art style mixed with graffiti, roller skates and some of the best music video games have ever had to offer, all came together to create a series that would lodge itself firmly in the audience’s hearts.

Almost twenty years later, there are still a lot of us out there who pine for more Jet Set Radio or, at the very least, some form of HD remaster of its original Xbox follow-up, Jet Set Radio Future (which is currently only available to play via backwards compatibility on an Xbox 360). There’s even a Twitter account dedicated to just talking about how good the games were. 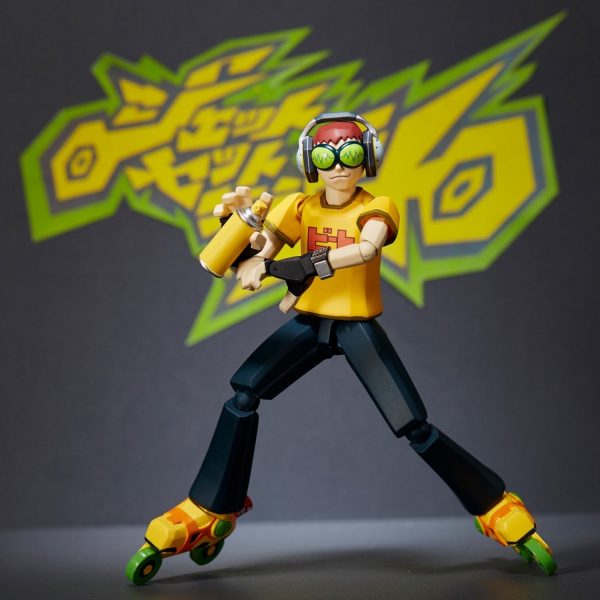 To honour the series’ tenure as a gaming icon, Union Creative has produced a figurine of the game’s main character, Beat, in full blocky polygon form. This is actually the second in the company’s line of ‘Game Classics’ figurines, a series designed to pay tribute to iconic gaming characters in limited edition figurine form.