The latest Humble Bundle includes some rather nice game, all of which have received a Very Positive rating on Steam.

For the next 13 days, the Humble Very Positive Bundle 2 will be available and it’s load with some really nice titles.

If you pay more than the average of $6.33 you will unlock Ultimate Chicken Horse, Oxenfree and Middle-earth: Shadow of Mordor GOTY Edition which comes will all downloadable content. It’s definitely one you should add to your Steam library, especially if you plan on picking up Middle-earth: Shadow of War when it releases October 10. 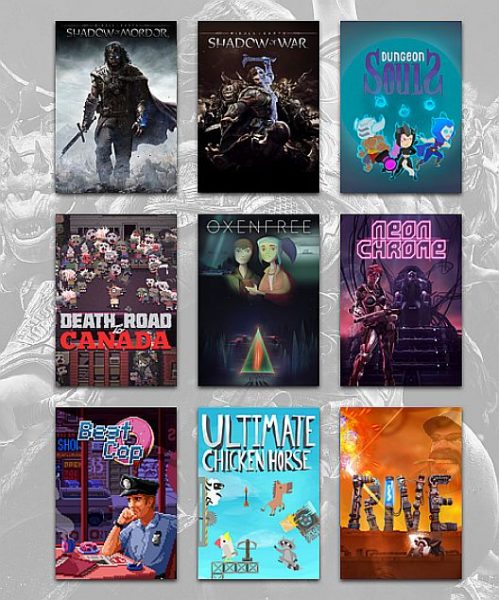 Pay $10 or more and Death Road to Canada and the awesome Beat Cop will be handed over along with its soundtrack.

Speaking of Shadow of War, if you are indeed planing to purchase it, pay $80 for the Humble Very Positive Bundle 2 and you’ll have a key to the game waiting on you when it releases.

Plus, you’ll nab a rather neat Middle-earth: Shadow of War t-shirt in the process.

Finally, pay $1 or more and you’ll get 10% off your first month of Humble Monthly.

To find out more information on the Humble Very Positive Bundle 2 or to purchase it, just follow the appropriate link.