It’s time once more to stop, take a deep breath, think about your life for a second before diving headfirst into the best gaming deals that the past week has had to offer. That’s where I come in – join me as we check out the very best offers and price cuts around. 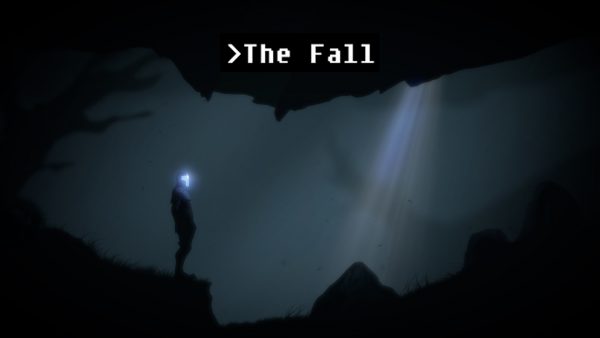 Bundle Stars is currently offering up a batch of indie gems for a very low price, in the Best of Indie Legends 2 Bundle. For a grand total of £3.29 / $3.49 you’ll be getting the following:

Honestly, this one’s worth it for The Fall, alone in my opinion. 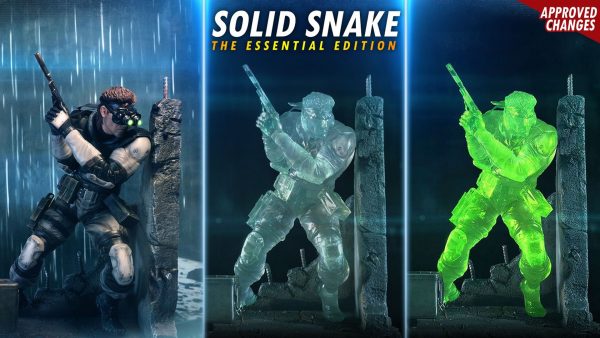 First4Figures is a company known for creating unique, ultra-detailed, extremely-limited edition statues and collectables based off of various video game franchises. These are pre-order only type deals, where orders will be taken, the statues will be made and sent out, and then it’s gone for good. As such, they’re also crazy expensive. The latest creation – Solid Snake from Metal Gear Solid – is available for pre-order until the end of today. 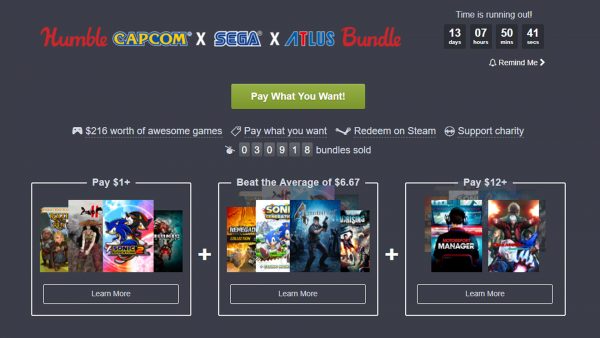 The latest Humble Bundle is a bit of a triple threat. In more than one way, too. The somewhat clumsily named Capcom X Sega X Atlus bundle groups up a batch of games from those three publishers into one big set of keys, available to you for a max of $12 (£10).

Here’s what your money will get you:

Time for a free thing! Huzzah. Head over to the Humble Store anytime from nowish to 6pm BST (around 10am PST) on Saturday 16th September and you’ll be able to grab a free copy of Psychonauts on PC. If you do, somewhere out there you’ll be making Tim Schafer smile.

Psychonauts on PC (Steam) for free from Humble Store 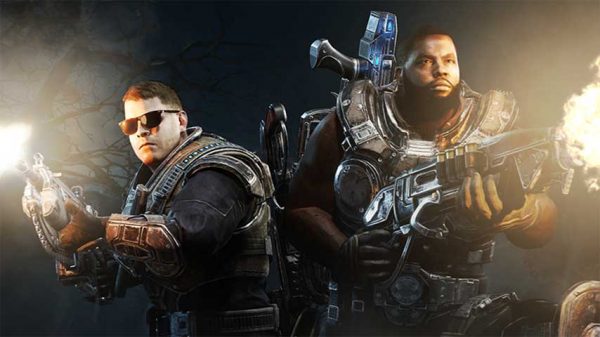 Gears of War 4 kind of came and went, didn’t it? For what it’s worth, I had a lot of fun during my time with the game, even if I never really played much of the multiplayer. Either way, you can grab an Xbox One digital copy of the game (which will also get you a PC download for free) for £21.76 / $25.99, if you happen to be an Xbox Live Gold member right now. 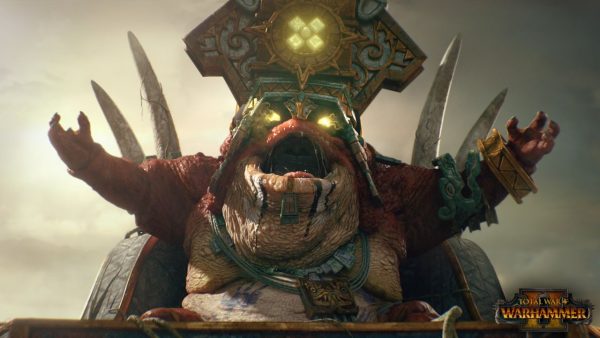 Look, I’ll be the first to admit that I know precious little about Warhammer. I’ve had friends attempt to explain the lore to me over the years and the only thing I can really retain for any amount of time is the phrase ‘ Blood for the Blood-God’. It’s nice to see, however, that Total War: Warhammer II is currently at its cheapest pre-order price yet at Bundle Stars. Neat. 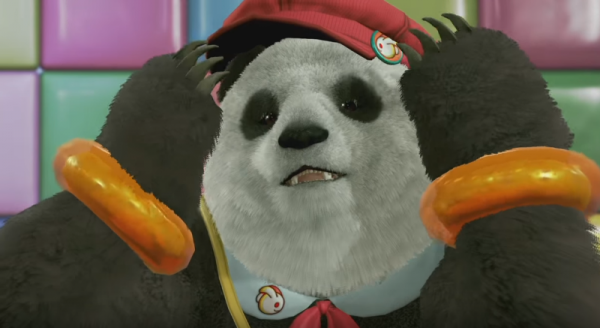 One of this year’s more pleasant surprises was just how good Tekken 7 ended up being. Everything from the super cool slow motion ‘last hit’ effect at the end of each round to the absolutely insane level of customisation made it a winner for me. You can grab a PC copy of this one cheapest over at GamesPlanet currently, where it’ll cost you £25.99 / $34.31 / €29.99 for a limited time. 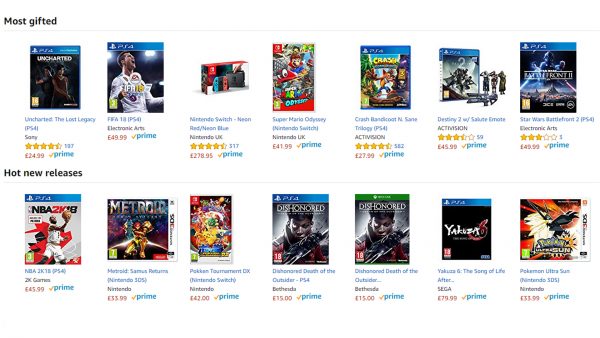 In an effort, I can only assume, to not be outdone by Tesco Direct’s constant money-off voucher offers, Amazon UK has once again brought back a batch of codes that will get you up to £25 off various video games and consoles.

The vouchers in question are:

Save up to £25 with Amazon Vouchers – ends Sunday 17th September 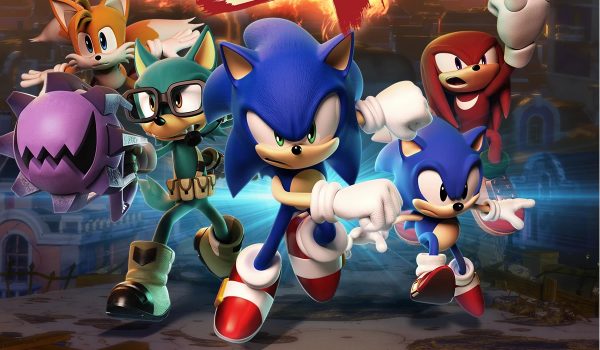 Ah yes, the other Sonic game released in 2017. While we have yet to see how this one will turn out and whether all of the goodwill Sega has generated with Sonic Mania will be subsequently flushed away in record time, if you are already convinced to pick this one up, you can do so cheapest over at Smyths by using the site’s click and collect feature, which will knock the prices down to £24.99. 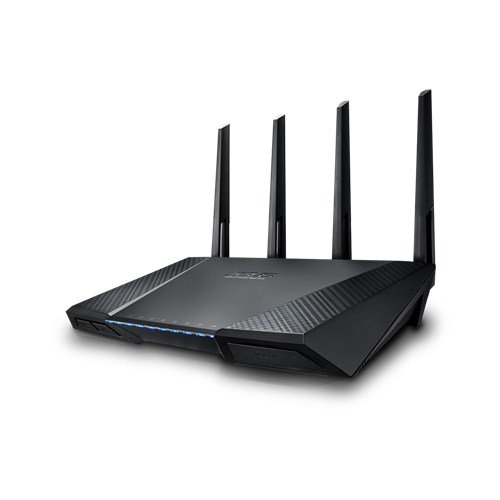 I recently upgraded my home’s internet and, in the process, picked up an ASUS router not dissimilar to the one in this offer. Purely judging by my own experience, my internet has never been quite as stable (though, to be fair, I was using a BT Infinity hub beforehand) and, as an added benefit, having one of these routers is a bit like having a Decepticon in your home, hiding eerily in the corner at all times. This particular router is at its lowest price to date, if you fancy it. 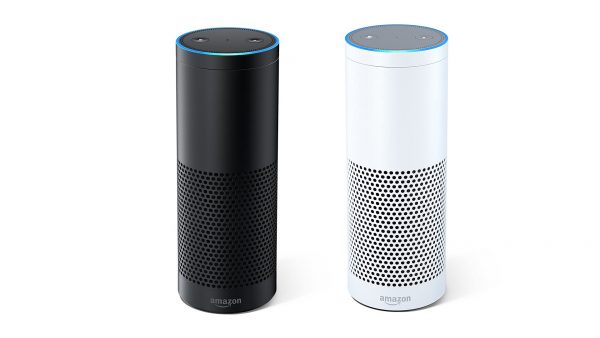 I, for one, welcome our eventual robotic AI overlords and if you feel similarly, you can pick up an Amazon Echo with a nice £50 discount this week. Amazon UK is offering up the Echo in Black or White for £99.99, the lowest price yet for a brand new model. Just try not to talk about your super secret plans in front of it.

If you skipped out on the end of the whole ‘plastic guitar rhythm game’ genre towards the end – and who can blame you – you may have missed the very last Guitar Hero game which managed to combine all the familiar parts of Guitar Hero with all the best parts of playing Sega CD games. Guitar Hero Live was the FMV-laden cousin of the GH franchise and can be yours for £14.99 on PS4 this week, its lowest ever price.

One of the best deals we’ve seen on an Xbox One S console so far, Walmart is offering up the limited edition ‘Storm Grey’ Xbox One S console along with a copy of Battlefield 1, all for only $199.99 right now, this model’s lowest ever price. 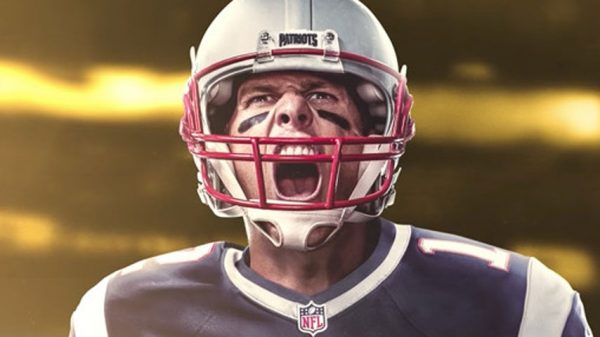 Good news for all football fans of the American variety – if you pick up a 3-month Xbox Live Gold membership for $24.99 from Amazon US this week, you’ll get a bonus $10 of Madden Ultimate Team credit absolutely free. Touchdown, and all that.

Get $10 Madden Ultimate Team credit when you buy 3 months XBox Live Gold for $24.99 from Amazon US 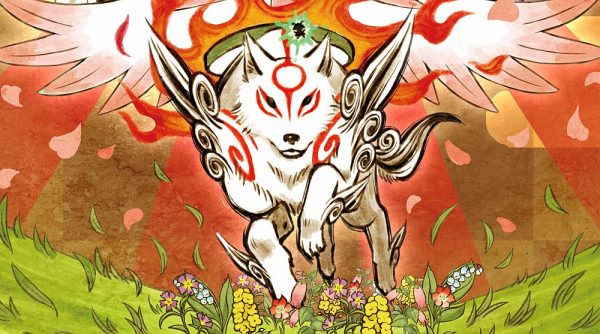 Pre-order a pretty puppy today with the freshly-announced PS4 and Xbox One releases of Okami HD. The game is due for release on December 12th and will cost you $19.99 to pre-order on either format right now. Plus, puppy. 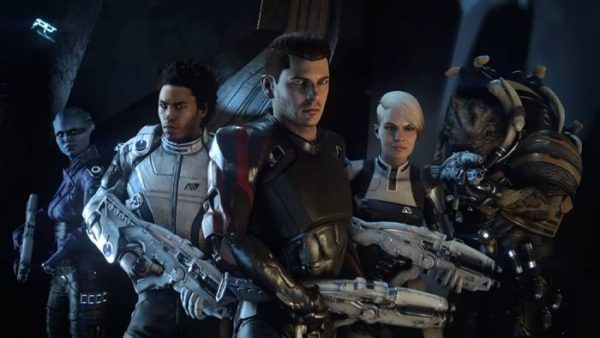 Mass Effect Andromeda may have had a…let’s call it, ‘shaky’ launch, but months of patches, tweaks, fixes and improvements must have made a difference. Surely. You can find out for yourself this week, as the game is down to as low as $17.65 on Amazon.