XCOM, you got me yet again.

After around 250 hours, I was finally ready to put XCOM 2 down. The weird thing was that in many ways I didn’t quite like XCOM 2 as much as its predecessor, but it was still ridiculously, disgustingly good. I struggled to tear myself away from it, sinking about 90 hours into a pre-release build 2K provided then another hundred-plus into the retail release.

After all that time I never thought I’d be sucked back into that degree again. Maybe I’ll dabble here and there; the odd campaign, some mod action, breaking the game with the command line… but no, here I am. Like Michael Corleone, I am dragged back in.

That’s thanks entirely to XCOM 2: War of the Chosen, the new and pricey expansion. It makes everything better. It actually lives up to that promise of feeling like a new game, everything retooled and adjusted with new features layered on top that only serve to enhance the experience. Had an all-new story been tossed in here instead of the old story retooled I would’ve happily accepted this as XCOM 3 thanks to the changes, additions and general improvements, and I think that’s pretty impressive. 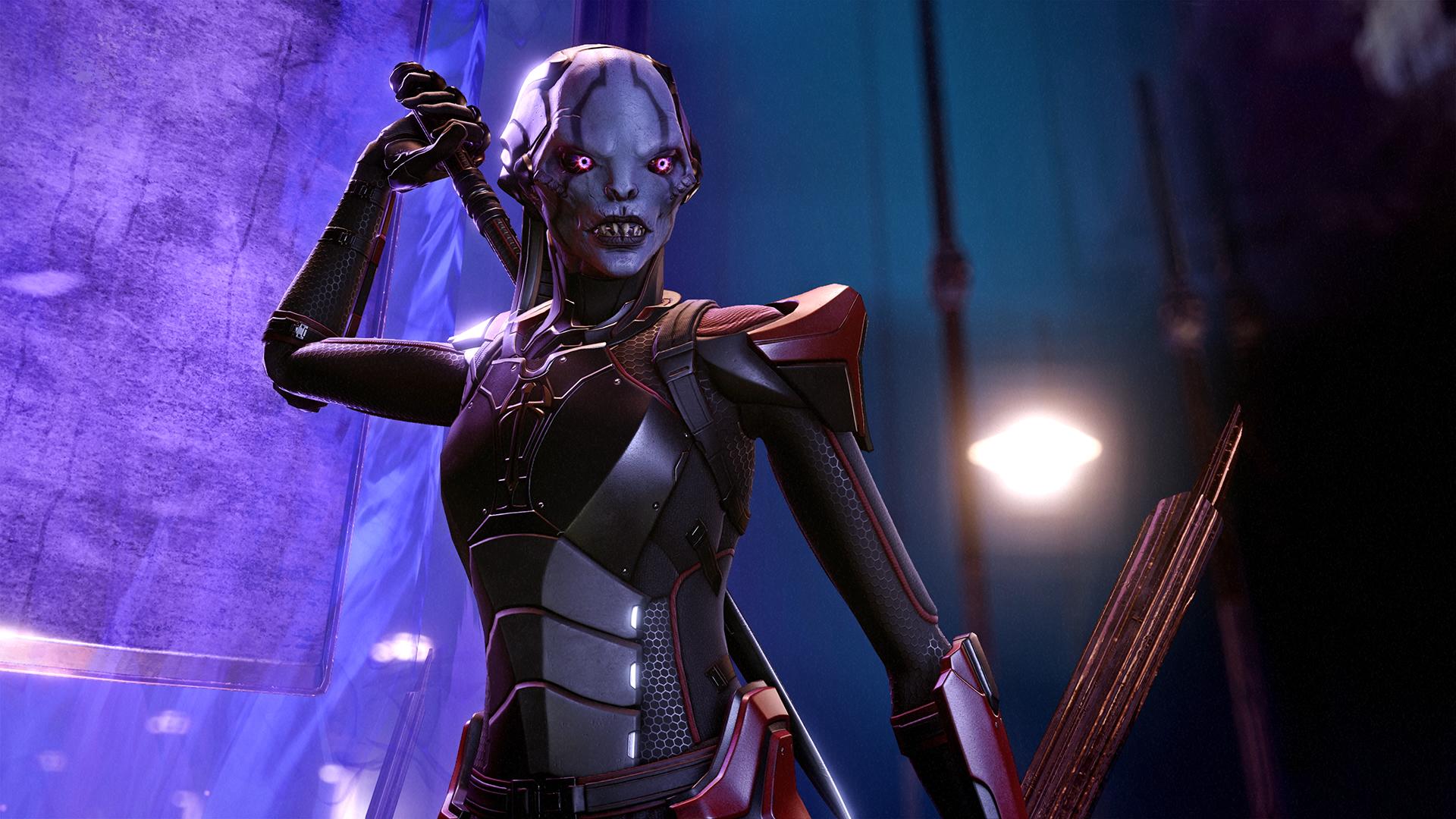 “The Chosen apply serious pressure, and merely the threat that they might show up on a mission will adjust how you approach it.”

The titular Chosen are a new enemy type – special alien generals of a sort that sort of have a Shadow of Mordor’s style nemesis system thing going on. They’re not randomly generated and they don’t grow in the same way, but they do get smarter and stronger as your game progresses, cropping up in missions to hinder you before teleporting away before they can be finished off for good.

The chosen are one of a few little wrinkles into the flow of XCOM 2’s missions, since their presence on the battlefield can turn the game’s turn-based strategy into a seriously stressful affair on even the most routine of missions. Each of the Chosen has a different focus, with unique strengths, weaknesses and skills you won’t see elsewhere. Early on in the game the Chosen apply serious pressure, and merely the threat that they might show up on a mission will adjust how you approach it, something that feels a welcome addition to XCOM’s gleefully stressful missions.

The Chosen can be defeated for good, but if you do or not depends on you – on your resources, your approach to the game and of course if you want to. Chosen left around for the finale will of course have an impact there – if you want the greatest challenge, you might well want to leave them alive a little longer. The Chosen follow the now-regular XCOM difficulty curve where early on you’ll be terrified of them but later on you’ll be excited to face them down with your upgraded gear.

The chosen are the big tentpole addition, but they’re not alone. The Lost are a new faction of sorts, zombified humans that show up in missions as the solo antagonist and also alongside the regular aliens. This leads to some properly amazing potential scenarios, like your squad trapped in the middle, fortified, while hoardes of zombies approach from one direction and a few aliens tactically push up on you from the other. If the Lost encounter the aliens, they’ll attack them too and you can totally use this to your advantage if you’re careful. 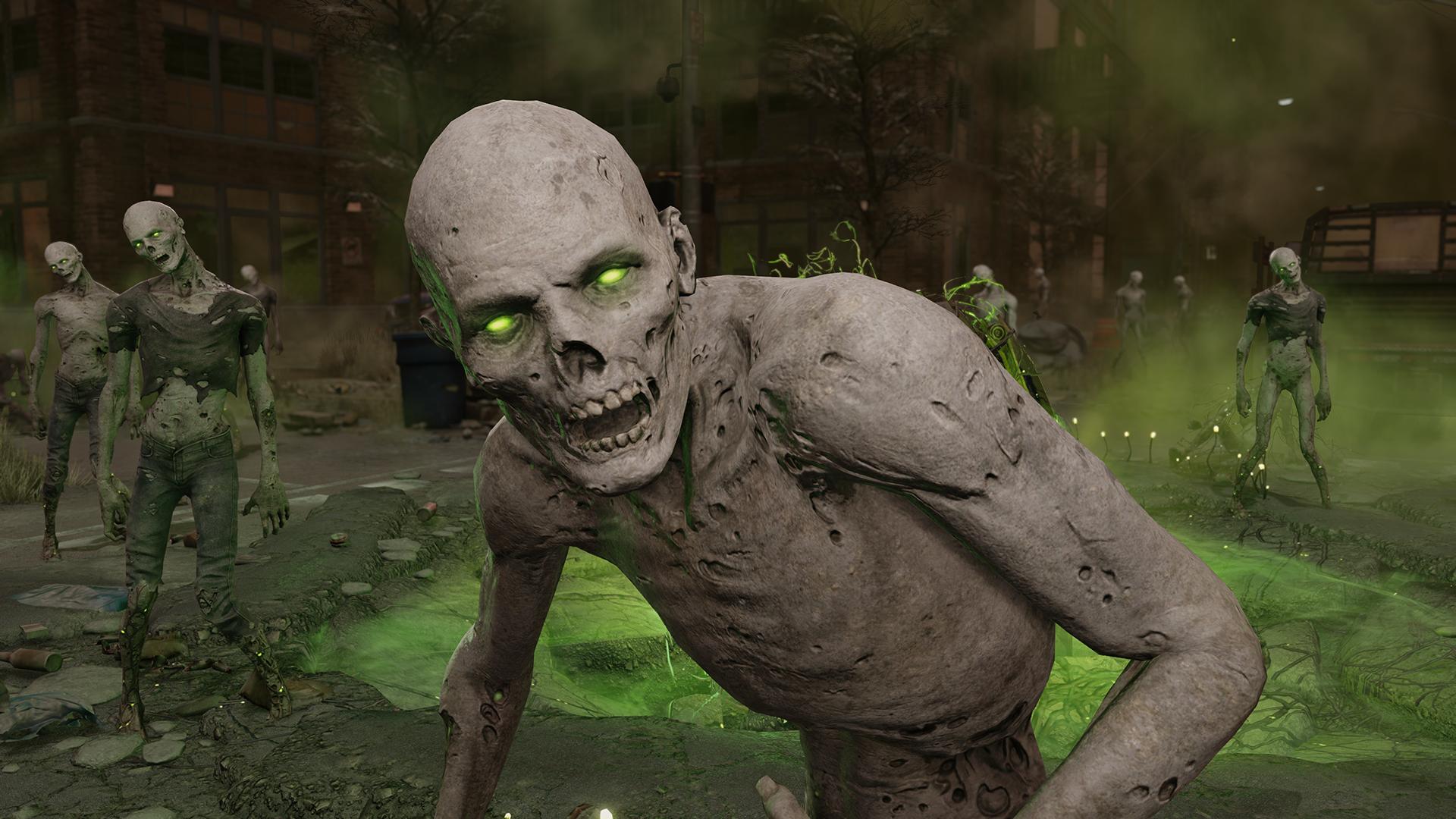 The Lost are proper zombies, too – the fast-moving kind, not the shambling kind. They’re all weak with only a few points of health each but they also come in massive groups, with more of these enemies on screen than at any other point in XCOM 2. Fighting them has a completely different flow, and you’ll use skills in a different way, wary that loud fighting like explosions will draw even more hoardes to spawn near you.

The final major addition comes in the form of new allies to go alongside the new enemies – three new classes of ally all from factions outside of XCOM. There’s stealth expert Reapers, Advent turncoat Skirmishers and psionic beast from the Templars. These work a lot like hero units in other games with a unique ability point based upgrade structure rather than the usual leveling up. Ability Points are rewarded for smart play such as for flanking enemies or performing sneak attacks, so playing well is further rewarded here.

Beyond all this, god, XCOM 2 has just been improved on every level. Most of the ever-present countdown timer worries in missions are gone, practically every type of mission redesigned in some way.

Retaliation sites now feature clusters of victims huddled together waiting to be saved, often flanked by a few weak AI soldiers – you must instead rush to save them as a group rather than darting around a map picking up individual characters. Other missions have better-defined objectives, and all missions are now impacted by ‘Sitreps’, small modifiers that tweak the parameters of a mission by impacting what you’ll encounter when you enter. The report you get at least warns you what to expect before going in. 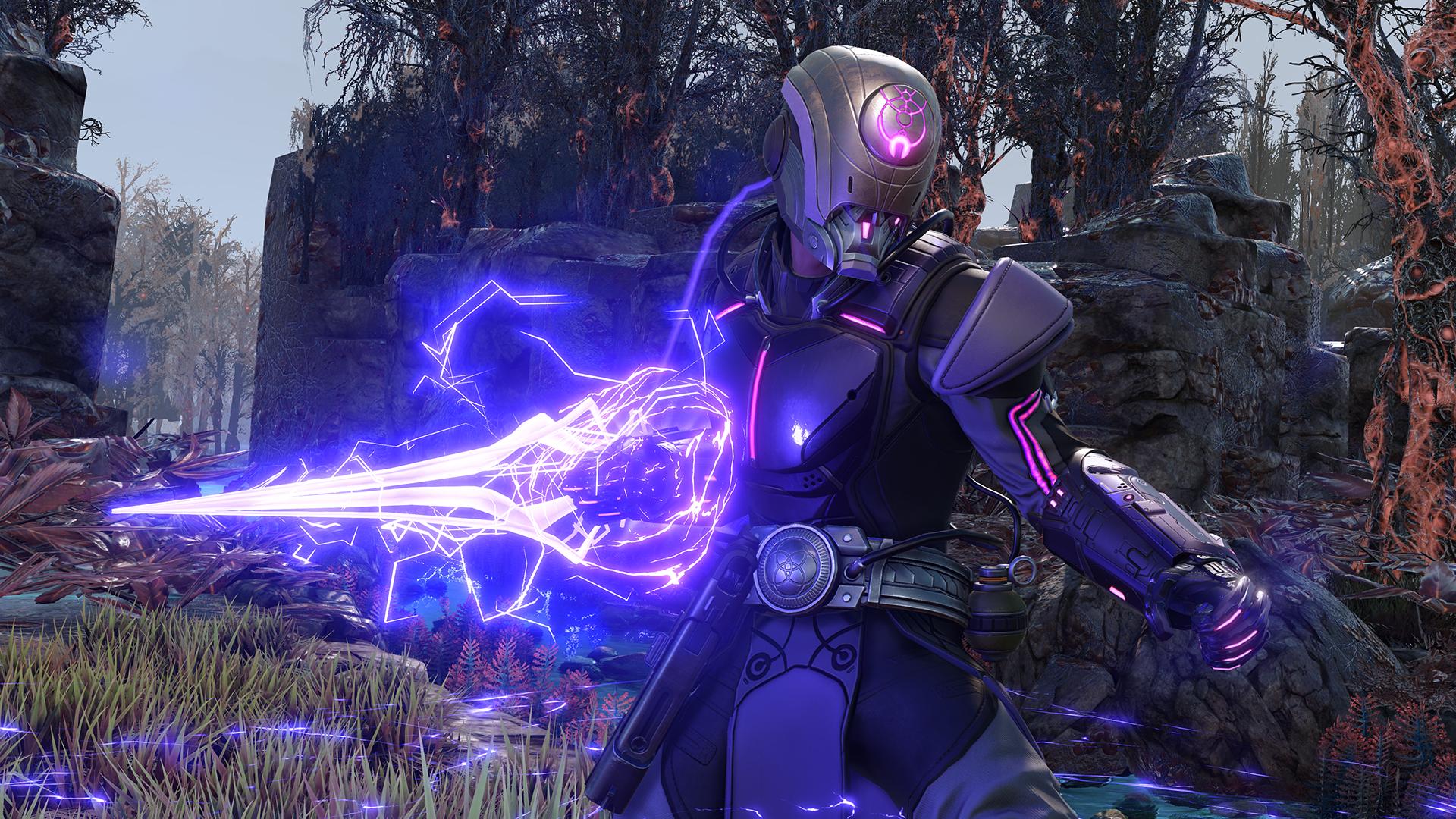 Tweaks to strategy layer ensure that hasn’t gone neglected. As well as injuries soldiers now become exhausted and perform worse when tired, and a new covert missions hub lets you send small groups of soldiers on AI-driven missions that’ll bring back useful rewards including the ability to trigger a mission to rescue a captured squaddie (because, yes, they can be taken alive now).

“This feels more like the Civilization expansion packs – significant and vital, beefing up the game in areas where it desperately needed it and making more major changes to the balance and layout of the existing game.”

There are a couple of new rooms for the avenger, and the new photo booth allows you to take brilliantly cheesy snaps of your squaddies with the in-universe excuse that they’re propaganda posters. These snaps are taken automatically every now and then from missions, but the game also prompts you to take them often – when missions are successful, when soldiers are promoted and so on. There are filters, camera adjustments and text editing built-in, so you can create your own XCOM memes that look like 90s hip hop album covers – whatever takes your fancy. It’s a great way to encourage you to customize your squad fully and become that little bit more attached to your soldiers before sending them to their possible deaths.

Speaking of that, there’s another small new system here: soldier relationships. Those that fight together will develop relationships in a Fire Emblem like fashion, and as these relationships grow there’ll be stat boosts and even special moves characters who know each other well can trigger on the battlefield. This is again managed on the strategy layer, and in general everything about the strategy layer feels more engaging and alive, with there finally being enough to do that you’re never merely scanning and doing nothing else between missions.

Performance has also been basically sorted from all those old problems – missions load in a snap (on PC where we tested, anyway), and everything is smoother and slicker. One of the cheekier things about this expansion is that a lot of these fixes are tied to it, so if you have the regular game only you won’t get them. This is mega naughty, but honestly War of the Chosen is so good that I can’t see myself returning to vanilla XCOM 2 in a hurry. 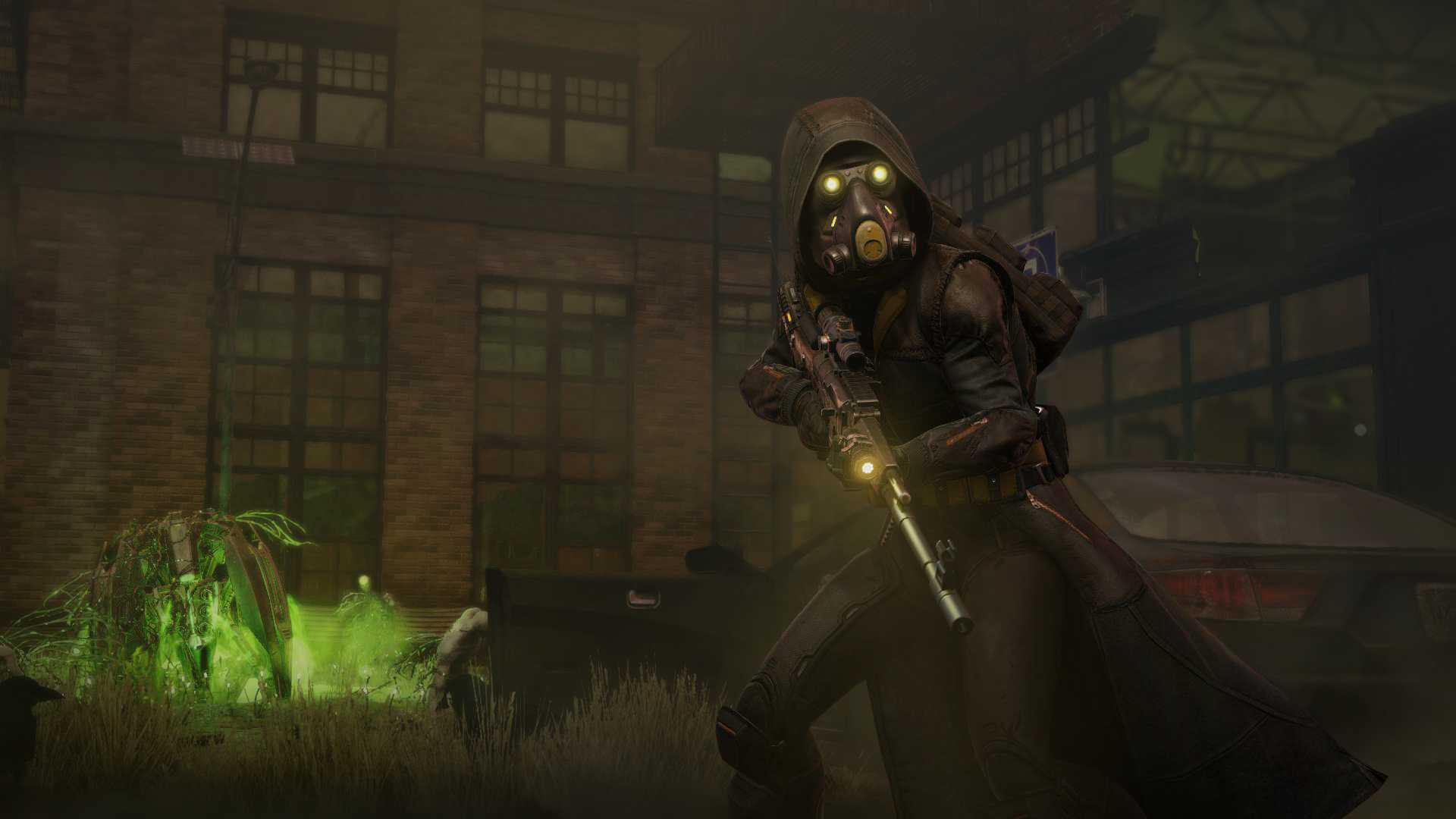 The only real negative I can level at the expansion is that it pushes the two previous DLC items to the side. Though their content is still available, it’s in a truncated and lesser way. If you spent money on those you might find this frustrating, though War of the Chosen is the most dense modern XCOM has ever been, so it’s unlikely you’ll actively miss the original delivery missions for that content.

Where the original XCOM’s Enemy Within expansion felt like it only made a minor story-driven addition to the game, this feels different. This feels more like the Civilization expansion packs we’ve seen from Firaxis – significant and vital, beefing up the game in areas where it desperately needed it and making more major changes to the balance and layout of the existing game than a developer usually would in a patch.

The result is the definitive XCOM 2 experience, and one that I find myself slowly slipping into an addiction with once again. XCOM has me once more – I haven’t been able to stop thinking about it. Just like that I know another hundred hours or so will disappear – but I’m okay with that. It’s just that good.