When you think of the stealthy world of Assassins and the war with the Templars, I don’t know about you, but energy drinks immediately spring to my mind.

That’s why Ubisoft has partnered with Monster Energy to offer players in-game content and real-world prizes like consoles and copies of the game.

Monster Energy drink cans will be getting a temporary makeover with Assassin’s Creed Origins characters emblazoned on the front, including Bayek.

The promotion starts on October 1 and runs through to the end of December. Every Assassin’s Creed branded can will unlock in-game content with redeemable codes. 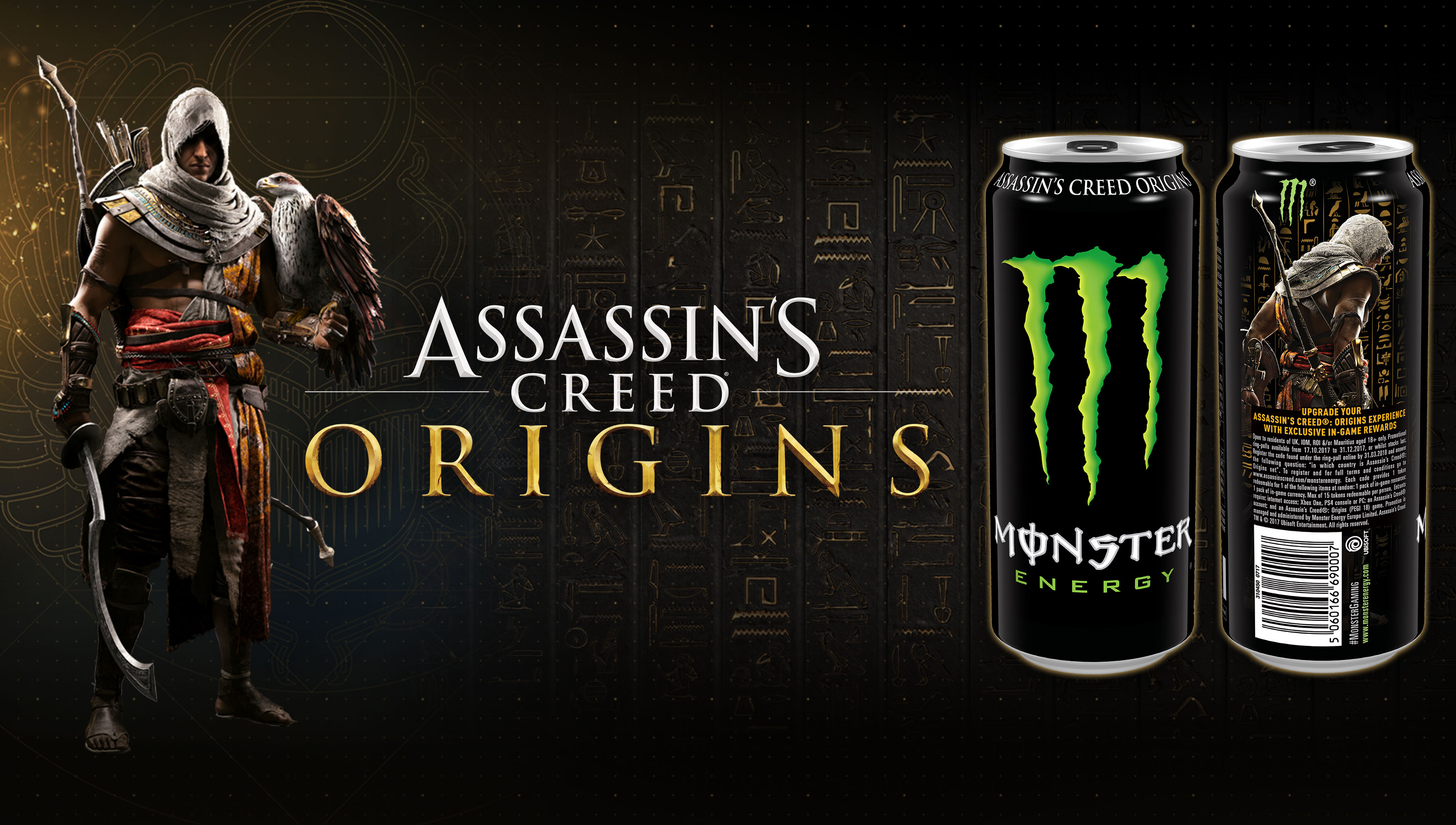 Individual cans will unlock in-game resources like Iron, Wood, Animal Skins or currency packs (Drachmas), while packs of four will unlock weapons like the Dust-Biter Sword, the heavy Face-Breaker, the Sceptre of Thaati and the Rain Bow.

So if there was ever a reason to get hyped up on energy drinks, this is it.