GTA Online’s Smuggler’s Run update has gone live this morning, with a range of new vehicles at eye-wateringly expensive prices.

Nobody said buying a new plane or helicopter was going to be cheap, and nothing comes for free in Los Santos. But if you’re in the business of collecting vehicles in GTA Online you better have a stack of moolah in your Maze Bank account.

The update includes more vehicles to be released by Rockstar in the coming weeks, but if you want a sneak peak at leaked images, we’ve got them for you right here.

Running a smuggling business in GTA Online is very similar to the Import/Export business, with players moving cargo through the skies to make profits.

If you want to start a smuggling business you’re going to have to buy a Hanger to begin with. Ron will call you soon after to talk you through the whole business. But you’re also going to need a wedge of cash to get started as hangers don’t come cheap either: 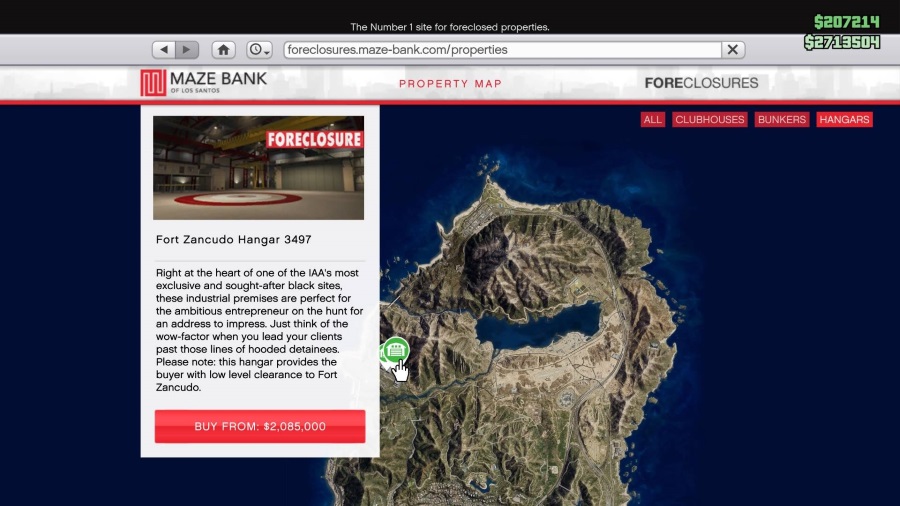 And log in today for three free t-shirts – two versions of the Rockstar logo in camo and the Rockstar name emblazoned across a razor blade.